Myth and Reality of Pak-Afghan Relations 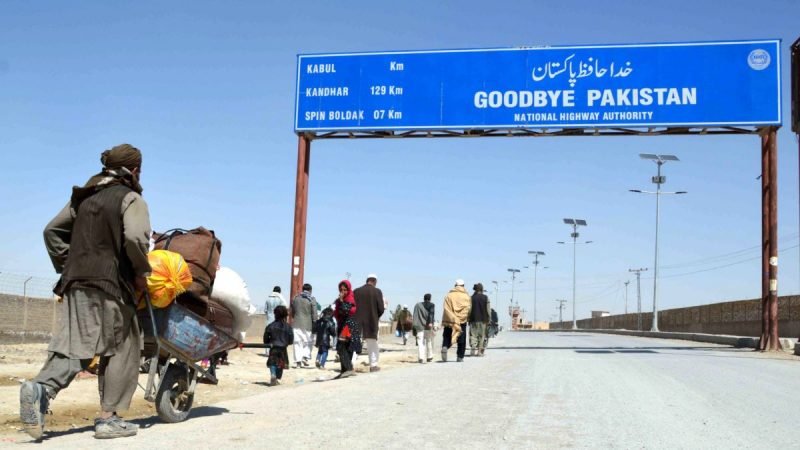 From the beginning, Afghanistan has been the lust for the superpowers and invaders. Many nations tried to make their hegemony over Afghanistan. It is also called the graveyard of Empires. Afghanistan is the only country who opposed the recognition of Pakistan in the United Nations. Pakistan and Afghanistan both have similar cultural, religious traditional relations. It is the common sayings that you can change your friends but you can’t change your neighbour. Pakistan has the long border Durand line containing 2560 km. In addition,  both countries share common cultural, religious, lingual and racial bondage. After gaining independence from the British, the main purpose of Pakistani foreign policy was to prevent the Indian influence in Afghanistan and make good and friendly relations with Afghanistan. Because of premature state, Pakistan faces a lot of trouble in the western border on Durand line. Afghanistan demand independent Pakhtonistan.

Relations between Pakistan and Afghanistan can be divided as 1947 to1978, 1978-1992 and 1992 onwards. After the independence of Pakistan, the relation between both countries has been strained. During the reign of Zahir Shah, when Sardars Dawood, came in power, the relation became adverse. Because of the Khan Abdulghafar khan, relations between both countries again become severe. Khan Abdul khan Ghafar was openly supporting Free Pakhtoosnitan. He also opposed the creation of Pakistan. He was creating disturbance and insurgency in Pakistan. He was challenging Pakistan’s sovereignty.

In the cold war, the relation between both countries remained cold. Russia has good and friendly relations with Afghanistan. Both countries have the same ideology Communism.  Russia wanted to control Afghanistan completely and kept hegemony over it. She was showing its imperialism. That’s why she did not like that Afghanistan made good and friendly relations with Pakistan. Why Russia did not like Afghanistan relations with Pakistan? The answer is quite simple. Because, Pakistan has joined West pole mean, Pakistan has become the ally of USA and member of SEATO and CENTO. The main objective of SEATO and CENTO was to prevent the communism.

Whenever Russians pay a visit to Afghanistan, they showed their reservation of Capitalism in Pakistan. In the reign of Sardar Dawood, relations become more severe. Especially in 1963, because of the Durand Line issue and Pakhtonistan relations became more hot and burning. The regimes of Dr Yousif (1963-1965) and Muhammad Mosa Sharif (1973-19750) was better than ever. In the reigns of Sardar Dawood and Zulfiqar Ali Bhutto, both leaders made good relations with each other. Both countries started bilateral trade and more programmes in this regard. Russia observed such good relations. Because of Pakistan, USA tried to influence in internal and external affairs of Afghanistan. Now, Russia again showed her concerns and there started a cold war in Afghanistan between both Russia and USA. For combating the USA, Russia installed its people in Afghanistan supporting KHALQ and PARCHAM political parties. Both parties were communist.

Role of the Soviet Union

From 1992 to now, there have been strange relations among both countries. Pakistan has played a vital and key role in the formation of Syed Masood and Gulbadin Hikmat yar Governments. Pakistan does best for making a good situation of Afghanistan, of this Pakistan, used soft power. Pakistan always helped Afghanistan and tried to make more strengthen relations. There have been a lot of misperceptions about Pakistan from Afghanistan. Afghanistan blamed  Pakistan for disturbance and instability in Afghanistan. They always renounce Pakistan for instability and peace in Afghanistan. Afghanistan blamed Pakistan that since the defeat of the Soviet Union, Pakistan always creates disturbance and never want stable government. Every time Pakistan tried to install its benevolent government that’s why Pakistan recognize and install very soon and in a short span of time new government.  It’s an open secret fact that the USA launched more than 56000 airstrikes from Pakistan. In spite of having promise with Taliban Pakistan allowed the USA. Pakistan provided territory, air and water to the USA and became an important ally of the USA in the war against terror. Another reason is that afghan public showed its concerns that Pakistan secret agency ISI always creates disturbance and instability. ISI always tries to annex Afghanistan as its 6th province. Pakistan treated them as slaves and always violates the national sovereignty of Afghanistan.