A New Wave of Regionalism 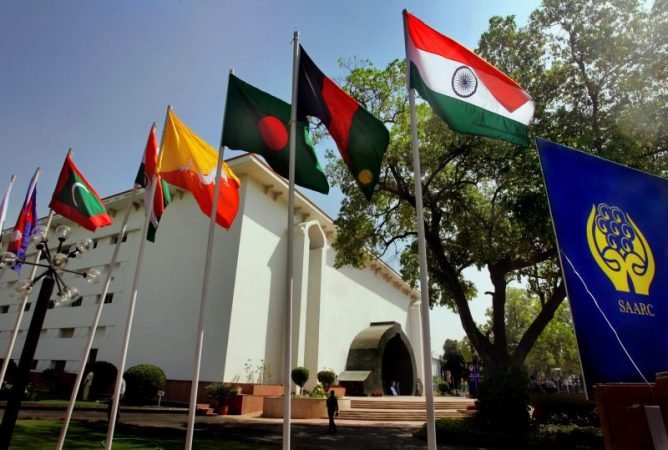 Systemic Bipolarity of the Cold-war period gave rise to the building of regional blocs. The post-Cold War period characterised by unipolarity obviated the need to build regional blocs for political purposes. Post-Cold War regionalism featured the revival of old regional organisations such as the Association of Southeast Asian Nations (ASEAN), the Southern African Development Community (SADC), the Caribbean Community (CARICOM) and the Economic Community of West African States (ECOWAS), as well as the birth of new ones such as the North American Free Trade Agreement (NAFTA), the Asia-Paciﬁc Economic Cooperation (APEC), the West African Economic and Monetary Union (UEMOA) and the Southern Common Market (MERCOSUR).

The 40-year period of the Cold War limited the autonomous development of regional integration processes due to the political necessity of building alliances with one or the other of the two superpowers, and the superpowers’ need to shape their spheres of inﬂuence according to their economic and political projects. Once the Cold War was over, the international system underwent a radical systemic change. The variation in global power distribution, one of the most relevant systemic shifts that took place, freed new spaces for autonomous initiatives in regional integration processes.

The earlier inward-oriented growth strategies shifted towards outward-oriented growth strategies. To this extent, the emergence of collective regional projects was functional and aimed at gaining access to international markets within an international context signiﬁcantly marked by the growth of relevance of the private business sector. This evolution was possible also because of the growing interdependence fostered by economic and ﬁnancial globalisation processes, coupled with the necessity for private and state actors to keep pace with the fast-changing conditions of economic openness, economic interlinking and growing competition, and to reassess their position within the international system.

As the western market and economy has reached a point of saturation, the west led by the United States of America which was the harbinger of global order is steadily turning inward, this inward shift has gathered pace in the recent times as liberal politics has lost its space to the far-right populist politics according to which the globalisation of the national economy is the main reason for the suffering of the local people. This inward shift is explicitly apparent in the United States of America. It has withdrawn from the UN Human Rights Council (UNHRC), the United Nations Educational, Scientific, and Cultural Organisation (UNESCO), 2015 Paris Agreement, funding cut of WHO and a temporary ban on H1-B visa. This vacuum created by away shift from global institutions is filled by aggressively pursuing regional and interest-specific groupings.

The vigour with which America is pushing for the Quad, inviting India and Russia to join G7 indicates the thrust given by America to interest-specific groupings. This shift away from global institutions, though not as explicit as in America, is also seen in the rest of the world. For example, India quietly conducted a SAARC member meeting and discussed the COVId-19 pandemic and strengthened the cooperation in the region in the fight against coronavirus, similarly, India is more interested in JAI (Japan, Australia, India), QUAD, Sagarmala, IORA and other regional and interest-specific groupings to address its security challenges in wake of assertive China.