How technology will change the face of diplomacy post-COVID 19? 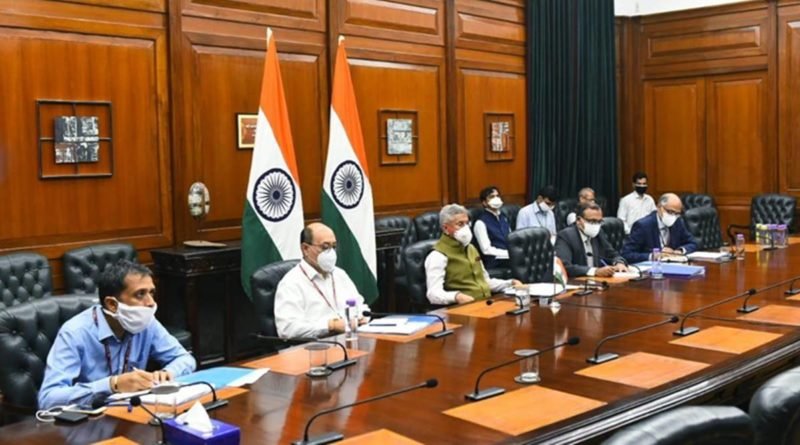 Diplomacy originated from the dawn of history when the stage was set to forgo unprofitable squabbles over land and commerce. Steadily, the conduct of diplomatic practices evolved across the world and in the eighteenth and the nineteenth century, it became complex and multifaceted owing to the proliferation of issues and structures. In the twentieth century, the sheer scale of carnage and devastation that engulfed Europe, gave rise to a shift in the diplomatic practices, as multilateralism became more ingrained and global institutions like the United Nations was formed.

Today diplomacy is changing and its two distinct faces – public and private have blurred. Due to globalization, change in world politics, new digital communication technologies and the rise of populism has shrunk the distance between the countries and the leaders, giving rise to digital diplomacy. The world has changed more rapidly in the previous 35 years rather than over the last three hundred and fifty years, hence challenging the context of diplomacy in three domains – environment of diplomacy, sovereignty and interdependence.

The control of information and knowledge has been shifting from diplomats and government officials to a variety of actors. Further, the sovereignty of nations is in danger in the face of regional and international integration. With the development of information and communication technology bringing in more actors and new diplomatic methods, the extent of interdependence among diplomats, technology providers and technology users increases, which suggests that diplomats are now supposed to engage in all kinds of actors and audiences in the face of a globalized world.

The technological developments have led to a change in the structure of diplomacy and the territory has expanded beyond the physical boundaries into the cyberspace. On the one hand, digital technologies have provided governments with more ways to reach audiences around the world and opened up space for participation from new voices in policy debates. On the other hand, new information and communications technologies amplify the messages of populist leaders, enable the diffusion of propaganda and misinformation, and can threaten the control exerted by authoritarian regimes — potentially spurring domestic conflict. In the past, information gathering and communications were under the exclusive purview of diplomats. They were posted to distant lands to gather information on diverse issues, and communicate effectively with the political leadership back home and were the gatekeepers of information. Today the gates have opened and emergent technological developments have made finding news easier and faster and media outlets across the globe are more responsive to changing landscapes. The pervasiveness of the media and its innovations, such as 24/7 news, has amplified the amount of information diplomats have to seize and act upon. The work of diplomats has shifted to a more integrative approach as they need to precisely analyze the information and the actors.

Technology has transformed the negotiations considerably. With the digital divide between the developed and developing economies narrowing, diplomats have been reduced as mere intermediaries. Recognizing the ubiquity of this digital technology, governments have been using social media not only for domestic purposes but as an extension of international relations. The realm of representation has also been renovated by the influence of Information Technology and the work of diplomats has transformed along with it.

Diplomats today now mostly utilize technological developments in information dissemination in projecting power abroad, rather than relying on more traditional structures. The diplomat of today is increasingly concerned with framing opinions, spreading goodwill, and moulding norms through the use of technological advances, thus guaranteeing favorability within populations and in the community of nations. Though the two-dimensional nature of diplomacy endures, digital technology sheds new light on the tension between the public and private spheres of diplomacy. The digital revolution can be heralded as a positive-sum contribution to world affairs, with the reduction of distance and increased potential for understanding, but this must be weighed against the challenges.

The COVID 19 pandemic has opened the world’s eyes not just in terms of how feeble mankind is, but also about the incapacity of the technology that so many of us are proud of. With every nation fending itself and trying to measure the casualties caused by this microorganism, diplomacy seems to have changed gears. Important conferences and meeting have been conducted virtually over the past few weeks, with a conscious and combined effort to combat the after-effects of this pandemic by fueling in money in the economy. Mitigation steps have been taken by every nation affected and some have gone out of their way to help others in time of distress.

Although the world has become more globalized by the invention and ubiquity of the internet, it has only increased the speed, intensity and density of information and communication but diplomacy as communication has not faded. Rather in these testing times, diplomacy has become more effective and efficient. The development of digital technology has enlarged the importance of communication to more and more people, thus enhancing diplomacy. The governments broadcast national brands and the digital revolution can be heralded as a positive-sum contribution to world affairs, with the reduction of distance and increased potential for understanding. With changing times and scenarios, one most needed change is of the health policy of all the developed and developing countries that have been engulfed by this pandemic. Today, by just sitting and connecting through information communication and technology won’t suffice. What is needed is a heralded approach, that considers the worst scenarios and can help fight any such situation that arises. Countries need to work locally and globally towards better medicines, effective health care systems and contagion practices. In simple terms, the world needs to be prepared for a pandemic, whether chemical or microbial.

In India, amid the nationwide lockdown due to COVID 19, the Health Ministry allowed delivery of essential medicines. Online sale of drugs is often facilitated by e-marketplaces. Services of such platforms include facilitation of payments, collection, transport or last-mile delivery of the drugs to the customers, or any combination of services therein. With the COVID 19 here to stay for a long time, we, the people of the world will have to make changes in our lifestyles and accept that e-services are going to be a fundamental part of all our lives. From home delivery of essential items to health care advices and medicines being dropped at the doorstep, mankind needs to adapt to the changes and work forward henceforth. Same is the case with diplomacy. Rather than having regular bilateral and multilateral meets, the leaders of various nations will be conducting virtual meets thus significantly cutting the costs and saving time. With the current changes in all our lives, another truth that the world leaders will have to accept is that today boundaries have extended into cyberspace and digital data norms will change, rather have to change for the greater good of mankind. It is this learning, unlearning and relearning that has kept us going as a civilization and for mankind to prosper, adaptations have to made not just at home or workplace, but in the way of life itself. The world is a family, will survive only when the diplomats work together, overlapping the boundaries and focusing on issues more than one. For us to thrive as a community, digital goodwill and favourable norms have to be the new it.