Contributing to a Safer, Healthier and Prosperous World: OIC and its Rapid Reaction Capacitation 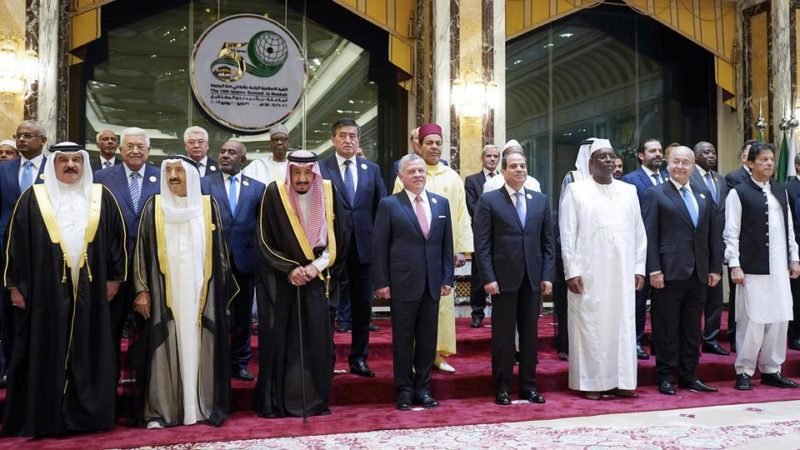 All throughout its history, our world witnessed either abrupt, radical changes or gradual shifts and adjustments of the World Oder. Such recalibrations usually followed major crises, be it devastating wars or geopolitical transformations such as the end of the Cold War.

Past the agricultural and industrial revolutions, numerous advances in knowledge, science and technology, as well as groundbreaking inventions opened up new avenues for progress and prosperity of mankind. The subsequent scientific and technological revolution of our age, coupled with the relaxation of ideological confrontation and longing for cooperation and integration, led to the emergence of a politically and economically globalized World.

However, our current World Order of fully interconnected planet has revealed some weaknesses and vulnerabilities, particularly in time of crises.

In the Era of Globalization, the worldwide interconnected financial and economic system can cause a financial crisis spill-over effect very rapidly – as we witnessed it a decade ago. Similarly, a health crisis in one country can, owing to the same business interconnection and swift human mobility, spread at light speed to other countries and continents, engulfing the whole World.

Currently, COVID-19 (C-19) pandemic is wreaking havoc across the Globe, causing most countries to be primarily focused on solving the crisis and limiting its damage.

Though some breakthroughs have been achieved such as finding the genetic sequence of the virus and developing diagnostic tests, no confirmed vaccines or efficient treatments have been found yet. Moreover, much more clues remain to be gathered and understood, including the virus transmission and mutation dynamics, its potential re-emergence in waves, where did it come from and whether environmental or seasonal factors impact its spread and severity.

In the search for rapid and efficient solutions, countries (particularly developed ones) have been working restlessly but individually almost to no avail. This could be explained by an impulse of an ‘old spirit’; of geopolitical competition in the past – times when the narrow national interest was the main and only driver of any international conduct.

The same lack of coordination among individual countries in dealing with this unprecedented crisis that encompasses almost every dimension including health, economic and financial aspects of life, has also been noticed at the level of political international organizations.

In fact, while the international economic and financial institutions seem to be well globalized and functioning efficiently, the political structure of the World looks like the one still based on the Nation-States competition and rivalry. The existing political international FORAs, made up of these States, seem to be too bureaucratic to react swiftly and efficiently in times of imminent crises.

The post-C-19 World Order will most likely remain the same, Westphalian and globalized Order. However, in light of the aforementioned shortfalls and given the future daunting challenges, this World Order needs to be updated and enriched.

International violence has overtime dropped significantly. Full-scale conventional wars do not exist anymore whereas small-scale ones have come to an all-time low.

It is true that there are still nuclear weapons in the World enough to wipe out the entire Humankind multiple times over. However, the Mutual Assured Destruction (MAD) doctrine coupled with Wisdom, have been and will most likely remain as a powerful deterrent to any nuclear war attempts.

Not so long ago, our World was on a brink of nuclear self-annihilation but found enough wisdom to avoid it.

The same wisdom can be used in the face of the current and future threats of annihilation by terrifying viruses similar to or more dangerous than C-19, which is heralding a new age of threats to Humankind’s existence, disruptions and partial or total lockdowns never seen or tested before.

To meet such challenges, the World should be more united and cooperative, set aside geostrategic competition, give way to humane-oriented and servant leadership, avoid narrow national interest-oriented approach, put more focus on science and new technologies – of course, all under democratic control. This includes decisive investments in innovative technologies, particularly frontier technologies.

To meet those, specific global and regional instruments, and mechanisms to endorse and facilitate an exchange for better joint political action and all-out scientific cooperation in a time of crises, should be also created.

OIC and the need for its RRC mechanism

The Organization of Islamic Cooperation (OIC) – the second-largest intergovernmental multilateral mechanism to the one of OUN, places a high value on Science and Technology in its daily works, and keenly promotes cooperation among its member States in this area. It was almost 40 years ago that the OIC set up its Committee on Scientific and Technological Cooperation (COMSTECH of 1981).

This functional entity of the OIC has been headquartered in Islamabad, with the President of Pakistan as its Chair. It has as objective to strengthen cooperation among OIC member states and enhance their capabilities in emerging technologies.

COMSTECH collaborates with numerous Specialised international bodies (of technical mandates), including World Health Organization (WHO), International Foundation for Science in Stockholm and the World Academy of Sciences (TWAS), to name but few.

In 2006, a new Institution was created within COMSTECH Secretariat in Islamabad, namely the Science, Technology and Innovation Centre (STI). This Center serves as a Think-tank to provide all-advisory services to OIC member states on science-technology-innovation, to conduct its own indigenous researches and ensure capacity building in this area for OIC members.

In view of looming C-19 crisis and its devastating aftermath, OIC – currently pursuing a comprehensive reform Agenda – would benefit from considering even bolder new steps, such as setting up an Instrument for policy coordination in times of crisis. Certainly, every crisis is a hardship, but it also brings opportunity and novel openings. Hence, it might be a Rapid Reaction Capacitation (RRC) in the event of a new type/s of asymmetric challenges.

Such RRC will be embodied in a platform for the exchange of expertise among leading scientists in Islamic countries – notably, a Center for Epidemics Prevention and Management (EPM). Part of that RRC-capacitated EPM Center would be also a division for vaccines research and production, supported by one for the applied AI (Artificial Intelligence). Since the capacity of early warning and the rapid reaction would be essential, this Center and its divisions ought to be preferably situated physically closer to the OIC HQ.

By doing so, OIC would strengthen ties of cooperation in various fields, including scientific research within and among its Member States, but also with the variety of international and regional organizations and the Specialized Agencies. Thus, the EPM Center would serve as a liaison between the OIC world and similar regional or national Epidemic Prevention and Vaccination centres. As the grand wiz of early European integrations, Jean Monnet, used to say: “Crises are the great unifier!”

Geographic, demographic and geo-economic centrality of the OIC world makes it focally important for any planetary issue. OIC also represents an important voting block within the United Nations system (Bretton Woods institutions and the G-20, too). Therefore, the faster and better crisis responsive OIC clearly translates into the safer and brighter, sustainable world for our common future.