The Transformation of India’s Relations in the Middle East 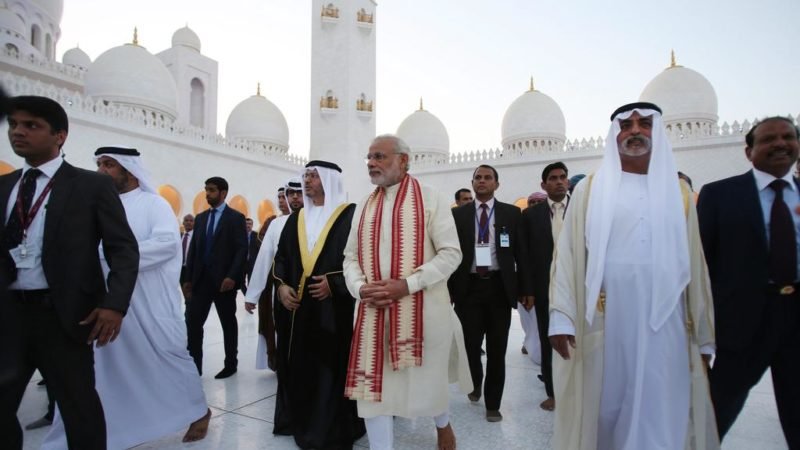 If there was one event we would have to name in contemporary history, which brought about dramatic changes in political and territorial structures across the world, it would probably be the Second World War. Post WW2, the Middle East was no longer, a single kingdom like the Ottoman Empire and nor a region divided into French and British colonies. In the aftermath, of the war, the grip of colonial powers weakened, and this combined with the growing nationalist movements in the colonies paved way for the emergence of numerous independent states. Beginning with Jordan in 1946, the majority of Middle Eastern nations gained independence in the 1950s and 1960s. And these changes, post World War II, also transitioned India’s relations with the Middle East. With India, becoming an independent nation in 1947, it had to establish diplomatic relations with different Middle Eastern states. Post Independence, the Indian Government under Prime Minister Jawaharlal Nehru, laid down the groundwork for strong strategic, political as well as economic ties with the Middle Eastern states. In this article we study India’s relations with the Middle East, after 1947 and also understand the dynamic nature of India’s foreign policy towards the Middle East and the factors which affect it.

We have a common perception that the oil and natural gas trade is the only determinant of India’s foreign policy towards the Middle Eastern nations. However, we must understand that Indo-Middle Eastern political, strategic and economic relations are governed by a multitude of aspects.

As of 2019, India meets 84% (approx.) of crude oil and 45% (approx.) natural gas needs through imports. Almost 60% of this comes from the Middle East. Although in recent years there have been deliberations about India reducing its dependence on oil imports, with falling domestic production, that is a farfetched dream for our country. Hence, India’s reliance on the Middle East for oil and natural gas has played a significant role in determining its policy towards the region. Also, given India’s volatile relations with Pakistan, India has been unwilling to become dependent on the pipeline from Central Asia, especially Iran to India via Afghanistan and Pakistan. This fact combined with the risk of trade cut-offs has compelled India to maintain cordial relations with the majority of the Middle Eastern nations like Saudi Arabia, UAE, Qatar, Iraq, et cetera. It can be rightly said, that the oil and natural gas trade has served as an important pillar in the prospering Indo- Middle East trade and economic relations.

When we talk about the diplomatic relations between two states, it is essential to consider the underlying political and strategic factors in play. Although there have been internal conflicts regarding the state of Jammu & Kashmir, the strategic importance of Kashmir to India cannot be undermined. And right from 1947, Pakistan has had its claims over Kashmir. It is important for India to gain support from the international community to assert its claims over the state and also to prevent the growing influence of Pakistan in the South Asian geopolitical setup. Hence, India’s diplomatic relations with the Middle East are essential to counter Pakistan’s influence in the region and negating Pakistan’s claims. More importantly, with America’s diminishing influence in the Middle East, countries like Russia, China as well as India has tried to increase their presence in the region in recent years. It not only gives them access to the oil and natural gas resources but also a greater influence on global geopolitical structures. Moreover, we have observed the mounting tensions and conflict amongst the Arab nations and consequently, countries in the Middle East have been looking for allies to exert their influence. For instance, we may consider the conflict between Saudi Arabia and Iran or the Israel-Palestine conflict. Hence, the scope of gaining political influence in the Middle East has also incentivized India to develop diplomatic relations with the Middle East.

Furthermore, India and the Gulf Cooperation Council have also taken the primary steps for countering terrorism. Though the initiative is commendable, a lot is left to be done in this regard. In the past, we have seen the transnational terrorist linkages between India and the Middle East and the adverse impacts they have had on the stability of both the regions. For instance, organizations like the Indian Mujahideen and Student Islamic Movement of India have had strong links with the Gulf. There is also evidence of the existence of Hawala systems spreading across the globe, and these unregulated fund transfer networks have been widely used by terrorist outfits. Post 9/11, even organizations like the World Bank as well as the International Monetary Fund (IMF) recognized the existence of these Hawala channels. These Hawala channels have also existed between India and the Middle East and have been detrimental not only for India’s political and social stability but also the economy. According, to some estimates, India has lost $1.5 trillion in taxes which have been laundered through these Hawala Channels. Although organizations like Islamic State and Al Qaeda have been weakened, their presence in the region cannot be undermined.  Hence, India and the Middle Eastern nations must collaborate on a much larger scale, with greater emphasis on counter-terrorism summits, joint military training programs and collaborated cybersecurity measures.

Apart from these, the Indian Diaspora also plays an important role in determining India’s policy towards the Middle East. With a Diaspora of about 7-8 million, India gets a soft power advantage, in its negotiations with the Middle Eastern states.

As a whole, India has tried to maintain cordial relations with most of the Middle Eastern nations and has attempted to maintain a certain level of neutrality in the region. Although in recent times, there has been greater interaction between India and the Middle East in terms of political and strategic alliances, this does take away the fact that several incidents in contemporary history have also impacted Indo-Middle Eastern relations. Even though the intra Middle Eastern conflicts, India has tried to maintain neutrality. Majority of nations in the Gulf region are India’s trading partners. Whether during the Gulf Wars, or the ongoing situations like the Israel- Palestine conflict or the disagreements over the Kurdistan region, India has managed to take a non-aligned stance without tarnishing relations with any particular country. India’s former External affairs minister, Sushma Swaraj being invited to the Organization of Islamic Cooperation (OIC) also shows how India has grown as a strong geopolitical power in the Middle East. With growing trade as well as political dialogue between India and the Middle Eastern states, one can expect India to build much stronger alliances in the future.