The painful search for Tibet’s “Chosen One” 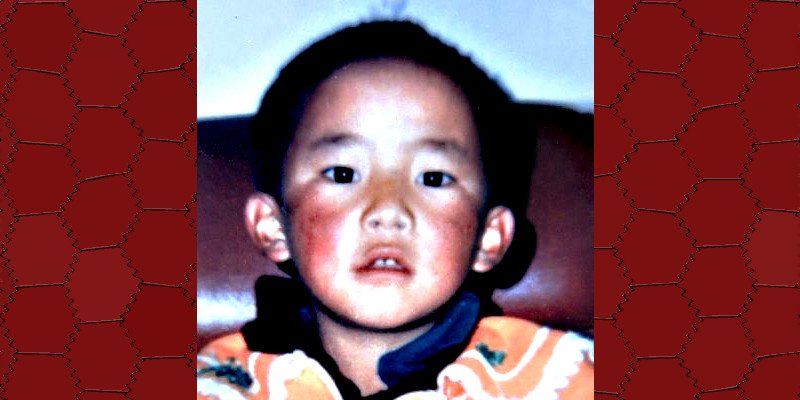 A young boy who was selected as a future leader by the Dalai Lama was kidnapped twenty-five years ago. Since then, Chinese control of Tibet has tightened, to the dismay of human rights observers and Tibetans in exile.

It will be 25 years on 17th May 2020 since the kidnapping of a young boy who represented the future of Tibet. Gendhun Choekyi Nyima was just six years old when he and his family were seized by the Chinese security forces. They are still being held incommunicado, in complete disregard for international human rights obligations. This is a shameful reflection on the People’s Republic of China, which, after quarter of a century, continues to hide the truth.

The significance of his disappearance for the Tibetan people cannot be underestimated. Gendhun Choekyi Nyima had been recognised as the reincarnation of the 10th Panchen Lama by the Dalai Lama just three days before he was kidnapped. In our interpretation of Buddhism, the fates of the Panchen Lama and Dalai Lama are intrinsically linked. Both serve as inspirations to our people. Indeed, we speak of the Dalai Lama and the Panchen Lama as the “sun and moon.” Panchen Lamas have traditionally played a role in the recognising and educating Dalai Lamas, and vice versa.

We are especially sad that our true Panchen Lama remains separated from us at a time that the Dalai Lama, who is now in his eighties, remains in exile. The Dalai Lama escaped to India for his own safety in 1959, in the face of grave danger to his life, following the invasion of Tibet by the Chinese People’s Liberation Army. Since then, the atheist Communist government in Beijing has maintained that Tibet is an integral part of the People’s Republic, in spite of our objections. Although it was purely a religious matter, China was furious at the involvement of the Dalai Lama in announcing the name of the child who was destined to become our Panchen Lama. The Chinese took it as a direct challenge to the authority of their rule in Tibet.

A previous Panchen Lama, originally known as Gonpo Tseten, was a towering figure in contemporary Tibetan history. Throughout his life, he navigated a nuanced path between working with Chinese officialdom and protecting the interests of the Tibetan people. He was an outspoken advocate for the preservation of Tibet’s unique cultural heritage, religion and language and his “70,000 Character Petition” remains the most extensive internal criticism of Chinese Communist Party policies on Tibetans and other minorities ever submitted to the Chinese leadership.

As a result, he was tortured and imprisoned during the Cultural Revolution. Sadly, he died in mysterious circumstances in 1989 and since then we have felt a painful loss, as no-one can legitimately fulfil the role of Panchen Lama.

The People’s Republic of China has tried to install its own candidate for the role, Gyaltsen Norbu. It has given him increasing prominence in order to fulfil its political objectives. He is not a candidate that we can accept. Indeed, we feel aggrieved at the oppressive measures China takes to ‘Sinicize’ Tibetan Buddhism and to assimilate Tibetans into a political and ideological system which clashes with our heritage.

Many of our people are in exile with the Dalai Lama in India, or in other parts of the world. The situation for those who remain in our homeland continues to be extremely difficult. Tibetans must endure severe restrictions on their rights to free speech and religious belief. Schools teach children in Mandarin and emphasise the importance of “political education.” This means that our language is being lost, as our young people are trained to be loyal subjects of the Communist regime.

We have repeatedly raised these issues with the human rights commission of the United Nations, alongside our calls for the release of the true Panchen Lama, Gedhun Choekyi Nyima. Many world governments have condemned his detention. However, no-one has been allowed to visit him over the last 25 years.

As the sad anniversary of his abduction approaches, we request all freedom-loving citizens of the world to raise the plight of the 11th Panchen Lama of Tibet with the government of the People’s Republic of China and to demand his release as soon as possible.

Sonam T Frasi, FCA, RAS is Representative of His Holiness the Dalai Lama for Northern Europe, Poland & the Baltic States. He is currently based at the Office of Tibet in London