Cambodia must protect the population through COVID-19 testing, debt relief 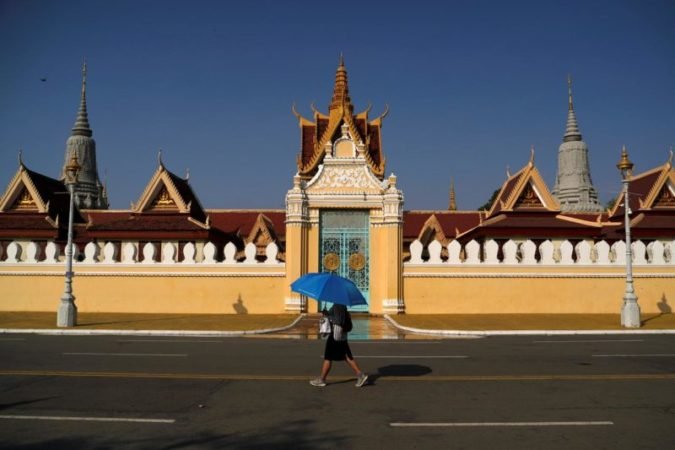 …And then February 31 arrived, the clocks stopped and March was cancelled.

Every day is dystopian in Cambodia. Prime Minister Hun Sen told the country that February 31 was the only date that COVID-19 would reach the country. He’s now preparing a law to put Cambodia in a state of emergency as cases of the virus continue to increase.

As of March 31, Cambodia had 109 reported cases of coronavirus. It is likely that the real figure is higher, as Hun Sen has allowed direct flights from China, and joint military exercises with Beijing, to continue. Even Cambodia’s casinos, many of which are Chinese owned, will only close on April 1: better late than never. But Cambodia’s response to the public health crisis remains inadequate.

The country needs to move to an economic state of emergency to mirror that in public health. Urgent priorities are to seek international aid to test Cambodians for the new coronavirus and set up food support payments to subsidise the poorest and most vulnerable parts of the population. These people have seen their incomes evaporate as the economy grinds to a halt. The banking and microcredit sectors must be told to accept a moratorium of interest and principal payments on loans, to be extended for as long as the crisis continues.

Hun Sen has another, political agenda as he moves to a state of emergency. The aim of this state of emergency will be to use the pretext of COVID-19 to further extend his power as a dictator and shore up his regime against the economic impact of the crisis.

According to the Licadho human rights organisation, the government is continuing to jail or “re-educate” (intimidate) citizens accused of spreading “fake news” about the global pandemic – even those sharing information through private messaging applications. Licadho had documented 18 such cases as of March 26.

By proclaiming a state of emergency, Hun Sen is also seeking to prevent the population from having access to my Facebook page, which now has 5 million followers. This is the one form of mass media which to date he has found no way to control. The entire population of Cambodia is 15 million, and Internet access outside urban areas is very limited.

The textile sector is both the backbone of the economy and an obvious circuit for transmitting the virus. One in five households in Cambodia depends on income from garment and footwear factory workers, according to the International Labour Organization. The ILO found in December 2018 that nearly 40% of households supported by garment and footwear income are in debt, more than the national average. Most of these loans are from microfinance operators.

Conditions at Cambodia’s textiles factories are unhealthy at the best of times. Mass faintings in the cramped, poorly ventilated working areas are common. Cases of women working for more than 10 hours a day, six days a week are common and well documented. Employment is precarious: it has been estimated that about 80% of Cambodia’s garment workers are employed on short-term contracts. By forcing a break between contracts, employers are able to avoid responsibility for maternity and childcare benefits which would accrue for permanent employees.

Cambodia has about 1 million workers in the textile industry. The factories are concentrated in and around Phnom Penh and draw their workforce from all parts of the country, making them an obvious vector of nationwide transmission. Many of the workers are young, unskilled women who have come from the countryside to earn money to send home. They often share tiny living spaces so they can send more of their salary back. Others live in shared company compounds. It is therefore impossible for them to self-isolate, and prolonged social distance would be extremely difficult to achieve.

The dangers are compounded by the weakness of Cambodia’s health system. About 60% of Cambodian spending on health consists of out-of-pocket payments made by individuals for private services. Foreign donors account for 20% of health spending, while the government makes up the other 20%. This government figure is lamentably low, at slightly over half of the average of 36% in lower-middle-income countries for government spending as a share of total health spending.[1] No wonder Hun Sen goes abroad when he needs medical treatment.

There is no confinement in place in Cambodia and factories are continuing to operate. The top health priority for public and private financial resources in Cambodia, as well as international aid, must be to get workers in the textile sector tested to prevent further coronavirus spread. The top economic priority of the government must be protecting the incomes of those who can no longer fend for themselves.