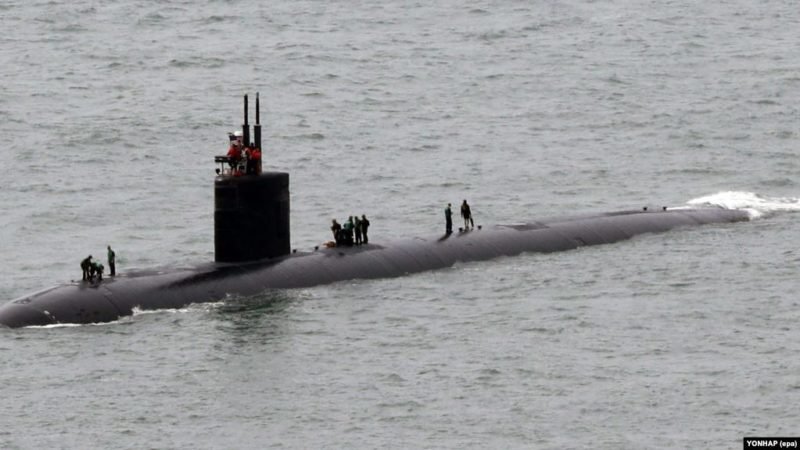 The U.S. Navy announced it has put into operation a low-yield, nuclear ballistic missile aboard a submarine as it seeks to deter adversaries like Russia.

“This supplemental capability strengthens deterrence and provides the United States a prompt, more survivable low-yield strategic weapon; supports our commitment to extended deterrence,” Under Secretary of Defense for Policy John Rood said in a statement on February 4.

The administration of President Donald Trump first announced its intention to deploy the W76-2 low-yield weapon in February 2018 after a review concluded there was a perception of a gap in U.S. deterrence capabilities.

The Nuclear Posture Review concluded that Russia has a strategy known as “escalate to de-escalate,” in which the Kremlin would use or threaten to use low-yield nuclear weapons in a limited conventional conflict in Europe to compel the United States and NATO to back down.

“Recent Russian statements on this evolving nuclear weapons doctrine appear to lower the threshold for Moscow’s first-use of nuclear weapons,” the 2018 review said.

“It’s a reflection of the fact that the U.S. lowers the nuclear threshold and considers it possible to wage a limited nuclear war and win such a war,” Ryabkov said.

Democrats in the House of Representatives criticized the deployment of the W76-2 as “dangerous” and said the Pentagon has refused to answer Congressional questions about the weapon.

“The deployment of this warhead does nothing to make Americans safer. Instead, this destabilizing deployment further increases the potential for miscalculation during a crisis,” House Armed Services Committee Chairman Adam Smith (Democrat-Washington) said in a statement.

Russia would not be able to determine if a weapon launched from a nuclear submarine is low-yield or not, adversaries say.

The Federation of American Scientists (FAS) estimates the W76-2 has an explosive yield of about five kilotons compared with 90 kilotons for the W76-1. The atomic bomb dropped on Hiroshima had a yield of about 15 kilotons.

The United States already has about 1,000 low-yield, nuclear weapons that can be delivered by fighter jets, FAS said. Advocates for the new submarine-based weapon say that the fighters might not be able to penetrate Russian airspace.

FAS said that despite the focus on deploying the weapon to deter Russian aggression, the real target “is much more likely” to be North Korea or Iran.