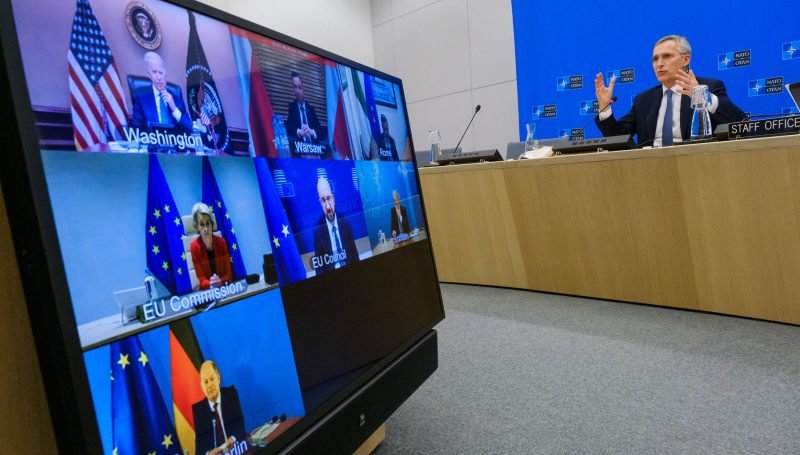 The North Atlantic Treaty Organization (NATO) is an intergovernmental military alliance led by the US and spanning 30 nations. With so many member countries come to the challenges associated with variety. Different states use different equipment, have different tactics and doctrines, and follow different policies, and so on. In the present geopolitical scenario, where NATO’s military power could be required at any given point, the members’ ability to work together in the battlefield is of great importance. The nations that comprise the organization, while focusing on building partnerships and enhancing mutual trust, should also be able to collaboratively work and deploy troops and equipment.

In other words, a high degree of interoperability is absolutely necessary. Interoperability is the capability to operate together using harmonized doctrines, standards, equipment, and procedures. Additionally, to accomplish collective tactical, operational and strategic objectives, the defense forces of member states must be able to share bases and facilities, too. Not only is it essential to the successful working of an alliance of multiple countries with national militaries, it is also significant for working together with NATO’s non-member partners.

NATO has been focusing on increasing its interoperability through military training (via exercises) and adaptation efforts in domains such as civil preparedness and countering hybrid threats. NATO countries are also keen on using the same or similar equipment and systems. Yet, there are certain challenges that need to be resolved to allow NATO to succeed in the operations it undertakes in the short term.

The first of these challenges is the varied cultures that troops from different nations are used to. NATO members have been working on common procedures for a while now. Yet, the diversity of military and national cultures still prevents members from operating in complete synergy. For instance, contingents from different states are likely to have varying notions of the concepts of what does or does not count as self-defence, hostile intention, hostile action, etc. How such factors are perceived could lead to big differences in the response.

Interoperability in this sense- called cultural interoperability- would usually require mutual understanding in a joint multinational scenario as well as the ability of a military to work together with soldiers from varied cultures.

Experts believe that more joint and combined exercises can better equip countries to fight together. In addition to that defining and limiting the combination of units from different countries would also be helpful. Cultural exchange setups and codifying common procedures are also beneficial solutions- but they will only become effective in the long term.

Closely related to the issue of multiple military cultures is the challenge of hierarchy and decision-making in NATO.

Recent analysis has shown that multiple operational errors committed in Ukraine by the Russian forces are a consequence of a rigid hierarchy with low level of responsibility delegation.

Due to all decision-making power being concentrated in the hands of some generals, not only did even the simplest choices have to be run past them, but there was delay caused by an immense burden on this group of a select few.  Indeed, these delays have an impact on tactical and operational effectiveness.

NATO needs to take a lesson from this. The organization will have to offer leadership-related disciplines as a part of military training on all levels, this equipping even lower-ranked personnel to be able to make decisions required in their immediate context. Commanders will also need to be ready to delegate responsibilities (perhaps to a contingent belonging to a different country) so that they do not waste precious time that must be used to focus on major issues.

Yet, it is important to note that such delegation and decision-making would require a high degree of collaboration and integration. In complex operations, it would become important that national formations take an active part in planning the mission to maintain common understanding and to effectively use each nation’s special capabilities.

NATO also faces major technical barriers to better interoperability. The most significant one perhaps arises from the diversity of equipment that the 30 member countries have. These countries have been focused on national development programmers and on procuring indigenous systems.

To enhance their equipment’s interoperability, NATO countries share standards for their acquisition and operation. They have also relied on low-tech solutions to counter the technological gaps between forces. NATO has also ensured that every battalion or higher level formation has liaison officers (LNOs) to synchronize its operations with adjacent and higher level formations.

Proposals such as using open architecture systems and solutions are on the table, too.

Varied equipment also gives rise to logistical issues. Utilizing several types of equipment puts pressure on logistics and the supply chain. For instance, weapons will need ammunition and spares. But storing up these in a high-intensity environment becomes difficult when different defence forces under NATO are using different weapons.

As a result, the amount of effort needed in transporting the necessary parts would be much greater. This could lead to delays and inefficiencies. There is a lot of scope for improvement in this area.

While solutions catering to bringing about uniformity in the equipment armies carry do apply, they cannot always be expected to be followed to the letter due to budget differences, acquisition policies etc.

Other measures include making improvements to make the logistical process more efficient. Integrating more small and medium enterprises into the vendor base could also be beneficial in dealing with these issues.

Lastly, there remains the problem of the political context of different nations affecting interoperability. NATO countries sport a wide political spectrum from which their top political executives hail. With a change in government, there may not be a complete change in foreign policy (since that often tends to stay constant). However, there can be a fluctuation in political will. This affects interoperability by affecting the military culture, resources available to the armed forces, changes in enthusiasm levels regarding defence acquisitions, etc.

This is perhaps the most difficult interoperability challenge to overcome since its source is deeply entrenched in the political system of the countries that are a part of the alliance.

All these challenges are interconnected and, to some extent, will have to be dealt with simultaneously to ensure the maximum efficacy of proposed solutions. Overall, NATO has a lot to work on in the very near future to ensure that it will be able to work with its members and partners seamlessly when required.