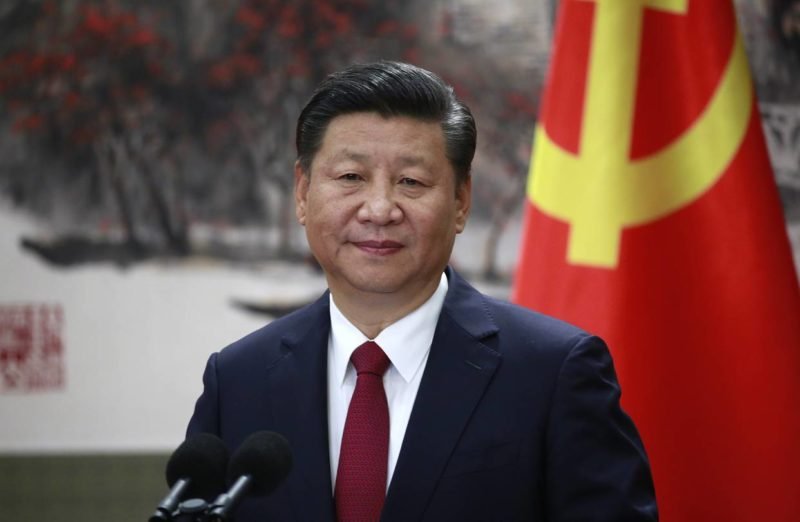 “Australia and China have got rich together. For Australia, that is quite enough. But China’s government wants more. As much power and influence over Australia as it can possibly get, using fair means or foul. But … what Beijing can get is limited not only by China’s abilities, but also by Australia’s will. In each case where Chinese officials or agents attempted to intrude, they met Australian resistance. And failed. For all its power, China is neither all-powerful nor irresistible. Australia can shape its engagement with Beijing.” wrote Peter Hartcher in his Quarterly Essay, “Red Flag Waking Up to China’s Challenge”.

Hartcher’s Quarterly Essay provides an excellent, informative and insightful analysis of the challenges Australia faces in managing its deepening relationship with China. But like many important works of analysis, it raises just as many questions as answers, a few of which I will address here.

The first main point is that Hartcher may be guilty of overestimating China’s historical economic and political power. He highlights the economic power of China when he notes that “China’s economy was the biggest in the world for at least half a millennium, until as recently as 1820”. While that may be true, over this same period China progressively slipped behind Western Europe and especially the United Kingdom in terms of GDP per capita, which is a better indicator of economic and technological sophistication than total economy size.

The reality is that for much of the past 500 years (in fact, until the reforms launched by Deng Xiaoping in 1978) China had a stagnant and relatively declining economy. In other words, its economy was big thanks to its enormous population, but backward. And this economic stagnation made it highly vulnerable to outside forces like the Manchus who conquered China in the 17th century and created the Qing Dynasty, and also like Japan and several Western countries which invaded China in the 19th and 20th centuries.

Overestimating China’s historical power is now a very widespread trend, and gives the impression that China’s renaissance is returning the country to its natural dominant position in global affairs. The reality is that for more than 500 years, China has had a relatively declining and stagnant economy, and that China was a fading power.

Hartcher mentions some of the challenges facing the Chinese economy today. Indeed, despite its rapid development these past few decades, China still has a big but backward economy, with a GDP per capita which is only one-quarter that of the US. And China faces very important challenges like its enormous debt, rapidly ageing population, weak productivity, and trade and geopolitical tensions with the US and other Western countries. Chinese productivity is only 30% of that of world leaders like the US and Germany.

In this context, one issue not explored by Hartcher is how Australia’s relationship with China might be affected if China fell into a scenario of long-term economic stagnation (as Japan, Asia’s previous superstar, has done) or if it succumbed to an economic crisis like some Asian countries did two decades ago. The Australian economy would suffer from such a scenario, given our close economic relations.

But the Chinese Communist Party, which relies on strong economic growth as a source of political legitimacy, would likely ramp up nationalism to maintain popular support. Such nationalism could take many forms, such as assertive behaviour towards Australia’s close friends like Japan. It could also involve more coercive behaviour towards Australia’s ethnic Chinese population. Further, a weakening economy could see more Chinese citizens seeking to leave China for countries like Australia, as well as even more capital flight.

In short, a China which gets bogged in economic stagnation, and becomes more paranoid and insecure, may well prove an even more dangerous country to deal with. We only have to look at Russia today, which is an economic basket-case, but is flailing about on the international stage, causing havoc wherever it goes.

Hartcher lavishes praise on the Chinese state. “Imperial China, a world leader in technology, also pioneered the capable, modern nation-state. It took Europe almost two millennia to catch up. China is again thrusting to the forefront of technological know-how and pioneering a more effective nation-state.”

While this is true, it is also true that China has never had the rule of law, by which the country’s highest political authority should also obey the law. Even today, the Communist Party is a law unto itself, and China’s judiciary is highly politicized and corrupt. “Constitutionalism” is a taboo subject in China. Nor have China’s rulers ever been subject to “downward accountability” to the country’s citizens through democratic elections.

The nation-state may have come to the West very much later than in China. But the Western nation-state is vastly superior to that of China thanks to the rule of law and electoral democracy, even if Western democracy is struggling somewhat today.

It is a big question as to how long China’s anachronistic political situation can persist. Today, the Chinese Communist Party is visibly worried, as is evident in the growing repression, surveillance, use of propaganda, and nationalism. The political crisis in Hong Kong shows the limitations of authoritarianism. Any political instability and possible regime change in China would certainly have a massive impact on the world, and especially Australia.

Hartcher also raises an interesting issue when he discusses immigration. He is concerned that too many organisers and agents of the United Front have been able to migrate to Australia without “searching scrutiny”. He thus proposes that “Preference should not only be given to immigrants with the most suitable work skills but also to those with the most compatible values. Immigrants who committed to liberal-democratic principles should always be given priority over those who are not.”

This is a very interesting and perhaps provocative proposal with which I have some sympathy, especially since most of Australia’s major immigration source countries have limited commitments to liberal-democratic principles. Australia’s top six sources of immigrants for 2017-18 were India, China, UK, Philippines, Pakistan and Vietnam.

For example, of these countries, only the UK (along with Australia) would be a “full democracy”, according to the Economist Intelligence Unit. India and the Philippines are classed as “flawed democracies”, while Pakistan is a “hybrid” regime and China and Vietnam are “authoritarian” regimes. Other than the UK, all of these countries score poorly on the World Justice Project’s Rule of Law Index. And equality of opportunity for women would be a distant dream for women in all these countries, except the UK and the Philippines, according to the World Economic Forum’s Global Gender Gap Index.

But while it is possible to identify countries which are committed to liberal-democratic principles, identifying individuals with such commitments would be much more challenging. Moreover, it is difficult to see how Australia would have the capability to implement a more strict and muscular immigration policy when, as Harcher has argued persuasively, Australia’s enforcement of laws across a vast array of subjects like foreign interference, financial regulation, apartment construction, minimum wages and especially immigration is very weak.