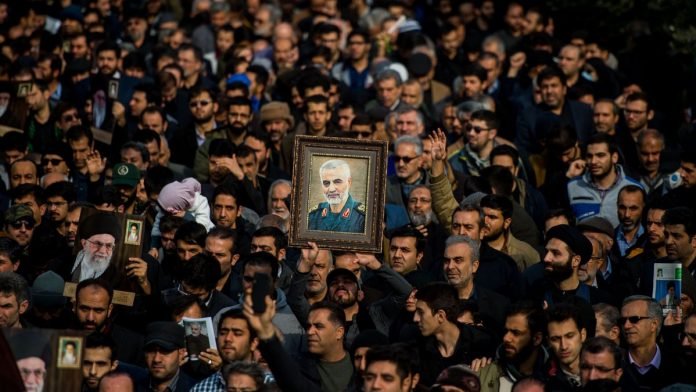 Executive Summary: In terms of influencing Middle Eastern strategic developments, Qassem Soleimani can probably be considered “the man of the decade.” Skillfully using his unique preeminence within the Islamist regime, he exploited the so-called “Arab Spring” to revitalize Tehran’s imperialist ambitions, personally overseeing the regime’s effort to create a “Shiite Crescent” and expand Iranian influence across the region. His death leaves a deep leadership vacuum that will not be easily filled.

At its highest level, military leadership embodies much more than an agglomeration of professional, technical and operational skills. Just as an architect needs to collaboratively synchronize among entrepreneurs, contractors, and artisans, so too does a top military commander, facing far more daunting challenges, have to maintain a dialogue with both the political leadership and subordinate military echelons. Of course, the political echelon is equally responsible for creating the right conditions for such a strategic dialogue, but the issues under discussion and the depth of their substance, as well as the identification of evolving vicissitudes and moments of decision, are largely dependent on the military echelon.

Military leaders capable of traversing the inherent tension between the political and military echelons are a rarity. The unique working relationship between Moshe Dayan as IDF Chief of Staff and David Ben-Gurion as Prime Minister and Minister of Defense offers a salient exception. So did the unique bond between Qassem Soleimani and Iran’s Supreme Leader Ali Khamenei. Capitalizing on his exceptional ability to establish an honest and intimate dialogue involving mutual and frank weighing of opportunities and risks, Soleimani gained Khamenei’s highest esteem and trust. This put him in a unique position of power and influence, far above his official post (and, for that matter, that of other Iranian leaders, including President Rouhani). This extraordinary feat will be hard for his successors to emulate.

Nor should Soleimani’s military skills be understated. A quintessential product of the Islamic Revolutionary Guard Corps (IRGC), which bore the brunt of the eight-year Iran-Iraq War (most of the Shah’s generals were executed after the Iranian revolution and many officers incarcerated), Soleimani earned his stripes as a young division commander who had no fear of confronting IRGC Commander Mohsen Rezai. Forced to fight against tremendous material odds, lacking critical major weapons systems such as fighting aircraft and tanks, the IRGC spearheaded the advent of Iran’s non-conventional conception of war, with Soleimani playing an important role in this development.

After the war, and especially after assuming command of the IRGC’s Quds Force in 1997, Soleimani took this strategy to unprecedented heights by creating an extensive subversive and terrorist infrastructure throughout the Middle East and beyond, imbued with ingenious operational ideas and organized in flexible frameworks that corresponded to shifting local circumstances and changes in the nature of warfare.

In the process, Soleimani expanded existing terror groups, such as Lebanon’s Hezbollah (and, to a lesser extent, Palestinian Hamas and Islamic Jihad) into formidable war machines possessing hundreds of thousands of missiles and rockets; transformed the Houthis into a deadly terror organization that keeps Yemen at war and poses a clear and present danger to Saudi Arabia; created a host of Shiite militias that have played a key role in the Iraqi and Syrian conflicts; and established sleeping terrorist cells throughout the world.

Soleimani did all this to promote the Islamist regime’s imperialist ambitions, which were redoubled in strength by the “Arab Spring.” As he told students at a theological seminary in the city of Qom in May 2011: “Today, Iran’s victory or defeat no longer takes place in Mehran and Khorramshahr. Our boundaries have expanded and we must witness victory in Egypt, Iraq, Lebanon, and Syria. This is the fruit of the Islamic revolution.”

This article is part of an assessment published by BESA Centre. Click to download full Initial Assessment