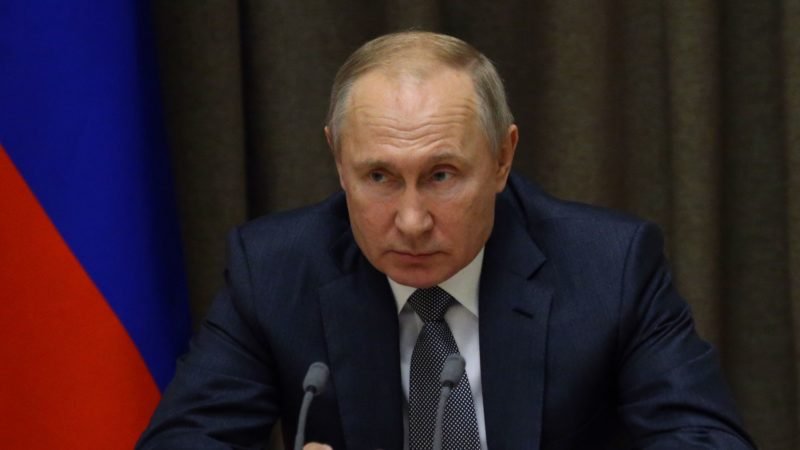 EXECUTIVE SUMMARY: Russian foreign policy since the mid-2000s tends to be perceived in contradictory terms: as either a negative for Russia or the product of a grand strategic vision on the part of the Russian leadership. It is also often falsely perceived as representing a break with the past. Moscow’s foreign policy moves need to be viewed with a balanced perspective and should be placed in their historical context.

The grand analytical narratives of Russian foreign policy dating from the early 2000s draw radical and opposing conclusions. Some analysts warn that Russia is on a downhill trajectory because of internal economic troubles, while others claim it has been transformed into a geopolitical player as important as the US, China, or the EU.

Russian diplomacy lies somewhere in between a grand long-term strategy and a set-up for an apocalyptic scenario in which Russia loses big.

The Russian annexation of Crimea in 2014 and the subsequent conflict in eastern Ukraine, the war with Georgia in 2008, and the Syrian campaign are seen by many as clear signs that Moscow has expansionist ambitions.

But one can also argue that those actions were intended to solidify Russian influence that was already in place. Take, for example, Crimea. Even before 2014, Russia effectively controlled the peninsula, had military bases there and enjoyed the support of a part of the population. Though radical in terms of international law, from a purely strategic point of view the annexation of the peninsula in 2014 led to the solidification of Moscow’s grip on the territory through the opening of additional military bases and increasing economic influence.

As for Georgia’s breakaway regions, Russia effectively controlled those regions before 2008 both militarily and economically. The war of 2008 can thus be seen as a solidification of Russian foreign policy gains dating from the 1990s when Moscow halted Georgia’s western drive.

In Syria, too, before the Russian military intervention of 2015, Moscow inherited a close partnership with Damascus from the Soviet Union and even had a military base there. Russia has been solidifying its presence in the country from 2015 through the present.

Russian foreign policy moves over the past 10 years or so are thus not as innovative or expansive as many believe. They reflect a solidification of Russian interests, which by extension means that Moscow’s current foreign policy is a continuation of its policy from the 1990s. In all recent Russian military campaigns, Moscow has defended military assets already on the ground.

Let’s consider what is likely to happen in the immediate future in Belarus. Moscow’s economic, cultural, and military influence on Minsk has been exponential since the breakup of the Soviet Union. When it was announced recently that Belarus and Russia will move forward with plans to create a single state through unified parliament, financial, and judiciary systems, many sounded the alarm of further Russian expansionism.

But while this is an important development, it is not an indication that Russia is growing its influence out of proportion. Here too we see a solidification of Russian foreign policy that was in place well before Vladimir Putin’s rule began. Talks between Moscow and Minsk began and integration plans were signed by the countries in the 1990s, right after the collapse of the Soviet system.

Even in Central Asia, where Uzbekistan is reportedly close to joining the Eurasian Economic Union, the Russians are not aiming at something out of proportion. Moscow’s military and economic clout in the region has been foundational since the 1990s.

The past two decades have thus been primarily about Russia safeguarding the military perimeter the Soviet Union once enjoyed. And to the Russians’ credit, they have managed to do this. Russian troops in Moldova, Ukraine, Georgia, Armenia, Tajikistan, and Kyrgyzstan have thwarted NATO and EU expansion into the heart of Eurasia. A main reason for the Russia-Belarus integration talks is Moscow’s need to open a military base on Belarusian soil, close to the Polish border, to preclude military moves by NATO.

While the above moves represent an intensification of weakened 1990s-era Russian foreign policy, there are exceptions that seem to signal a break from post-Soviet Russian diplomacy. For example, on Afghanistan, Russia has been at the heart of negotiations between the Kabul government and the Taliban on more than one occasion. Several peace conferences have been held in Moscow in the past couple of years.

In Africa, Russia is gradually being transformed into a significant power with the large diplomatic, military, and economic ambitions covering broad swaths of the continent. A pan-African summit was recently held in Sochi (Russia).

Still, one can argue that Russia exerted influence on Afghanistan in Soviet times, and Soviet Russia had ambitions in Africa.

Returning to the question of whether Russia has increased its influence in Eurasia: While it is fashionable to claim both that its increased influence will diminish and that it is being transformed into a new global player, Russian foreign policy gains (including economic and military moves) have in fact been moderate. Moscow has rarely involved itself in risky theatres and has not invaded a country it cannot defeat. All its moves were carefully calibrated and none represented a radical change from what the Russians were doing in previous decades (or centuries, according to some).

In the longer term, Moscow’s military and economic moves have created more problems for Russia than solutions. But its intention was never to find a long-term solution to Ukraine, South Caucasus, or Syria. Moscow’s goal was to solidify its influence in order to keep western economic and military expansion at bay until better geopolitical circumstances arise.

This article was originally published at BESA Center

Emil Avdaliani specializes on former Soviet space and wider Eurasia with particular focus on Russia's internal and foreign policy, relations with Iran, China, the EU and the US. He teaches history and international relations at Tbilisi State University and Ilia State University (Georgia). He has worked for various international consulting companies and regularly publishes various works with BESA on military and political developments across Eurasia. He can be reached at emilavdaliani@yahoo.com.