How did Bolivia end up in democratic crisis? 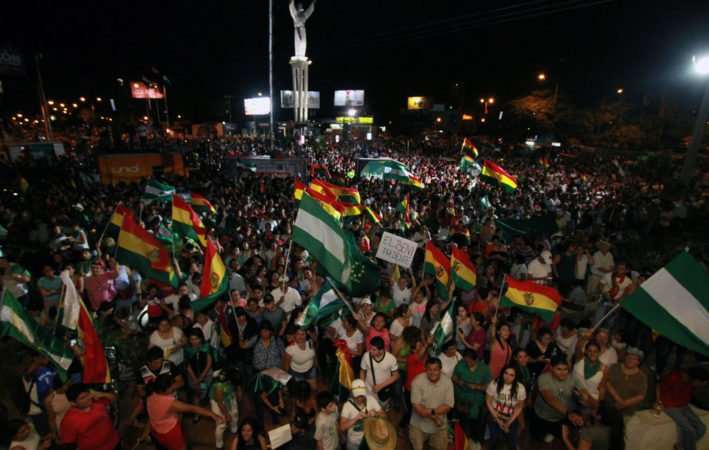 Bolivia’s President Evo Morales, Latin America’s longest-standing leader, is facing the severest challenge since he took power in 2006, with weeks of protests and signs his support is waning after disputed elections last month.

On Sunday, the Organization of American States (OAS) – a formal monitor of the Oct. 20 vote – said the election should be annulled due to serious irregularities and manipulations and a new election should take place. Morales agreed to do so.

Why are the people angry with Morales?

However, talk to people around the country and many refer angrily to “21F”, a reference to the date Feb. 21, 2016, when in a national referendum on whether Morales should be allowed to run for another term Bolivians voted against him doing so.

Despite that result, in 2017 Morales went to the country’s top court to get term limits overturned. The court, packed with allies, ruled that term limits were a violation of his “human rights,” allowing him to pursue a fourth straight term.

Questions were raised when an official fast count by the Supreme Electoral Tribunal (TSE) abruptly stopped in the evening after the vote, with close to 84% of the count complete. It showed then Morales and runner-up Carlos Mesa heading to a second round.

After a near 24-hour pause to the count, the data was once more updated the following evening, this time showing Morales with a 10-point-plus lead, handing him an outright victory.

The OAS report on Sunday there were irregularities, “serious security flaws” in the computer systems and “clear manipulation” of the count, which called the into question Morales’ victory.

The audit, which many in the opposition had distrusted and distanced themselves from, potentially offers a way to defuse tensions that have roiled Bolivia since the October election, with protests, road blockades and rising violence.

Morales on Sunday agreed to hold the new vote and to replace members of the criticized electoral tribunal, though has not given a specific timeline for doing so. Rival Mesa said on Sunday that Morales should not be a candidate in the new vote.

Opposition supporters are pushing for as early a date as possible – potentially in the middle of December – to avoid slipping past the Jan. 22 date when Morales’ current mandate would come to an end.

Morales on Sunday said the new elections should involve “new political actors”, but he did not elaborate on whether he would again be a candidate.