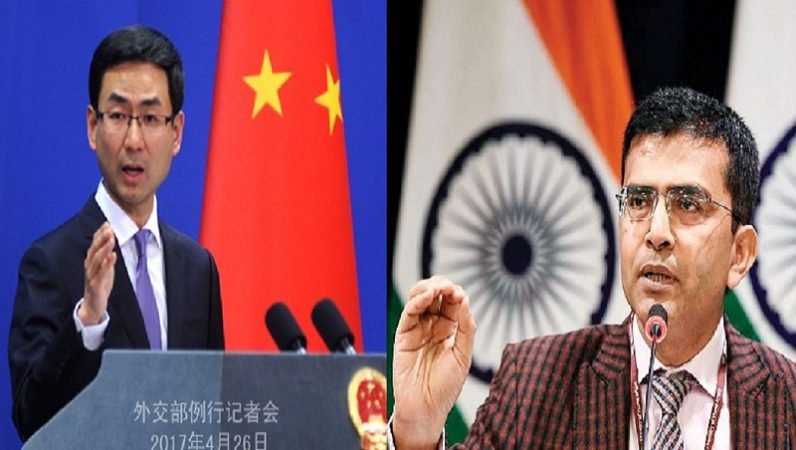 New Delhi engaged in a diplomatic war of words with China over Kashmir on Thursday as it formally revoked the state’s constitutional autonomy and split it into two federal territories in a bid to integrate it fully into India.

Shops and offices were shut in the Valley and the streets largely deserted in its main city Srinagar as new administrators were sworn into office in the biggest restructuring of the 173-year-old former princely kingdoms of Jammu and Kashmir.

Pakistan, which claims the whole of Kashmir and has occupied Gilgit Baltistan area, has condemned the move and protesters took to the streets on its part of the occupied territory.

Its ally China, which is locked in a separate decades-old dispute with India over the part of Kashmir called Ladakh, has criticised India for unilaterally changing its status.

Chinese Foreign Ministry spokesman Geng Shuang said Kashmir was a dispute left from history that should be peacefully resolved.

“The Indian government officially announced the establishment of so-called Jammu Kashmir territory and Ladakh Union territory which included some of China’s territory into its administrative jurisdiction,” Geng said at a news briefing.

“China deplores and firmly opposed that. India unilaterally changes its domestic law and administrative divisions, challenging China’s sovereignty and interests. This is awful and void, and this is not effective in any way and will not change the fact that the area is under China’s actual control.”

India and China fought a war in 1962 and since then have been unable to resolve their border dispute.

India’s foreign ministry spokesman rejected China’s comments and said Kashmir was an integral part of the country and that any reorganisation of the state was an internal affair.

“We do not expect other countries, including China, to comment on the matters which are internal to India, just as India refrains from commenting on internal issues of other countries,” Raveesh Kumar told a news conference.

New Delhi has refrained from any comment on China’s policy in remote Xinjiang, refusing to join U.S.-led calls that it stop detaining ethnic Uighurs and other Muslims. It has also scaled-back top-level official contacts with Tibetan spiritual leader the Dalai Lama, who lives in exile in northern India.

MEA Spokesperson said China was in illegal occupation of parts of Kashmir including Ladakh and had also illegally acquired some territories from Pakistan.