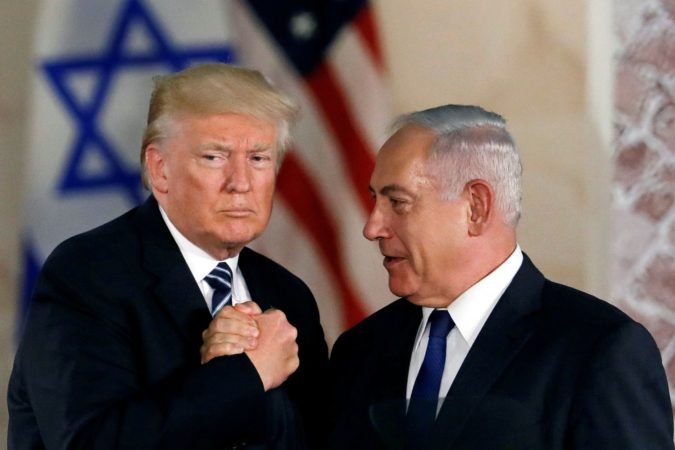 A constructive US-Israel defence pact should be based on shared values and shared strategic interests, expanding the two-way-street, win-win US-Israel strategic cooperation.

An effective US-Israel defence pact should enhance Israel’s self-reliance and independence, rather than Israel’s dependence upon the US.

A useful US-Israel defence pact should bolster and leverage Israel’s posture of deterrence at the geographic junction of the Mediterranean-Europe-Africa-Asia, which is a focal point of global terrorism, the proliferation of ballistic and nuclear technologies and unpredictable tectonic military eruptions. Israel’s role is doubly critical at a time when Europe’s posture of deterrence is rapidly collapsing.

A beneficial US-Israel defence pact should further extend the strategic hand of the US – through Israel’s proven capabilities – without additional US aircraft carriers and troops in the Middle East.

A worthwhile US-Israel defence pact should underscore the role of Israel as the most cost-effective, battle-tested laboratory of US defence industries, upgrading US military performance, research and development, production, export and employment. The unique Israeli battle experience has benefitted US military operations by enhancing the formulation of US battle tactics and manoeuvrability.

The primary aim of a constructive US-Israel defence pact is not to defend Israel, but to face mutual threats and challenges such as the conventional and non-conventional threats of Iran’s Ayatollahs, global Islamic Sunni terrorism, the emergence of additional rogue regimes in the Middle East, lethal threats to every pro-US Arab regime, the violent unpredictability and unreliability of the Middle East, the need to maintain a military and commercial technological edge, etc.

An effective US-Israel defence pact must not constrain Israel’s freedom of unilateral, self-defence military action against clear and present threats, which has bolstered Israel’s posture of deterrence and therefore transformed the Jewish State into a most reliable beachhead of the US. Tying Israel’s military hands would erode Israel’s posture of deterrence; thus shrinking its contribution to US interests.

For instance, the 1981 and the 2007 Israeli bombings of Iraq’s and Syria’s nuclear reactors – in defiance of US opposition – saved the globe from the wrath of nuclearized Saddam Hussein and Assad, sparing the US a nuclear confrontation in the 1991 Gulf War. Israel’s 1967 preemptive war against a unified Arab offensive was opposed by the US but devastated the pro-Soviet Egyptian leader, Nasser, who strove to topple the pro-US Arab Gulf regimes. It deprived the USSR of a rare bonanza while sparing the US a devastating blow, at a time when the US was largely dependent upon Persian Gulf oil.

Defence pacts do not stifle unilateral military actions, as documented by the NATO Treaty which stipulates (Article 4): “The Parties will consult together whenever, in the opinion of any of them, the territorial integrity, political independence or security of any of the Parties is threatened.”

The aim of a valuable US-Israel defence pact is to confront threats and challenges in the larger regional and global context, not the Arab-Israeli conflict and the Palestinian issue, which have never been core causes of regional turbulence, and – irrespective of the Arab talk – has never been a top priority of the Arab walk.

The aim of a compelling US-Israel defence pact must never involve US troops on Israel’s borders, nor determination of Israel’s future borders, nor any reference to Israeli withdrawals from the strategic high-ground of the Judea and Samaria mountain ridges (the cradle of Jewish history). Such a retreat would downgrade Israel from a strategic asset to a strategic liability.

A mutually-beneficial US-Israel defence pact should focus on:

Productive US-Israel relations – and Israel’s own national security – behove Israel to reject the deployment of US troops on its borders.

Moreover, no treaty should be perceived as automatic US military involvement on behalf of Israel.  All US treaties are open-ended, subject to the US Constitution, which endows US presidents with the authority to avoid full implementation of treaties/guarantees.

For example, a November 15, 2001 Department of Justice memo to the White House determined that the US President has the Constitutional discretionary authority to terminate, or suspend, unilaterally, fully or partly, the 1972 USA-USSR ABM Treaty without seeking coordination with Congress, whenever the President determines that it is in the national interest to do so.

Escape routes are also provided by Article 5 of NATO Treaty: “The Parties agree that an armed attack against one or more of them shall be considered an attack against them all…. Each of them…shall assist the Party or Parties so attacked by taking forthwith…such action as it deems necessary [my emphasis], including the use of armed forces [an option, but not mandatory….].”

According to Hebrew University Prof. Michla Pomerance; “A treaty can never entail more than a contingent and tentative promise to use force in the future…. American defence commitments… are generally characterized by vagueness, non-specificity and the explicit denial of any automatic obligation to use force… to keep the US options open and its absolute discretion intact in deciding whether, and how, to redeem its promise…. What constitutes ‘interpretation’ for the promisor may well be seen as ‘breach’ by the promise…. A president’s decision to execute – or not to execute – an international commitment depends on his own – not the promisee’s – assessment…. Every US international commitment allows for future non-implementation, consistent with US interests and the US Constitution….”

In conclusion, a constructive US-Israel defence pact should be dedicated to the enhancement of mutually-beneficial, win-win, two-way-street cooperation in the face of regional and global mutual threats, not by the reintroduction of one-way-street relations.  Moreover, it should not include any reference to Israel’s withdrawal from the critical high ground – which is irreversible – in return for a US military commitment, which is reversible.

Ambassador Yoram Ettinger is the President of “America-Israel Opportunities, Ltd”, a consultancy on US Mideast policy, US- Israel relations and inter-Arab affairs. He also served as Minister for Congressional Affairs – with the rank of Ambassador – at Israel’s Embassy in Washington, DC. (1989-1992). He can be reached at [email protected]