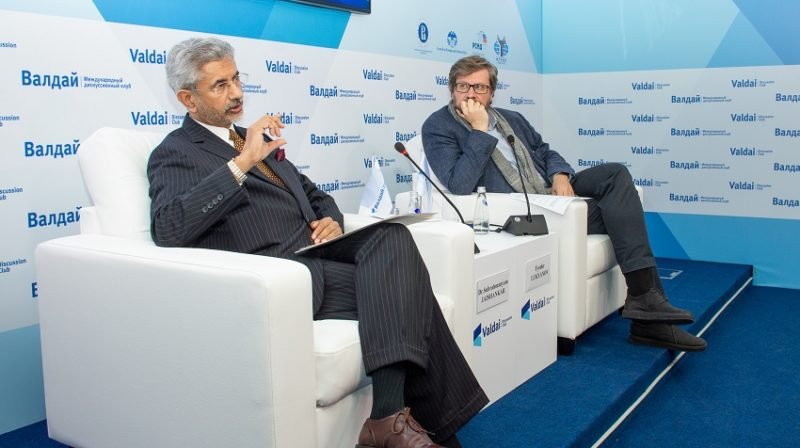 On Tuesday, August 27, Indian Minister of External Affairs Subrahmanyam Jaishankar met with the Valdai Discussion Club’s experts in Moscow. During the open part of the meeting, he spoke about the concept of the Indo-Pacific, as New Delhi sees it, about the key trends in modern international relations and the prospects for bilateral cooperation.

The day before, Jaishankar had arrived in Russia on his first visit as Minister of External Affairs in preparation for the Eastern Economic Forum, whose chief foreign guest will be Indian Prime Minister Narendra Modi. It is worth noting that the professional career of Subrahmanyam Jaishankar took him to Moscow almost forty years ago: for two years he worked at the Embassy of India as the third, and then the second secretary. At the beginning of the meeting at the Valdai Club, the Minister optimistically said that much has changed in the world over the years, but the Russian-Indian relations remain one of the stable factors in international life.

According to the minister, the most important trend in international relations is a movement towards multi-polarity. This is due to the weakening of US dominance, established after the end of the Cold War, and the emergence of new centres of power. “We believe that economic, political and technological power is more distributed around the world than ever before in history after 1945,” he said. “Now there are more sources of influence in the world order, and the idea that one country can play a decisive role is out-dated.” This process is accompanied by the weakening of established rules and the growth of uncertainty. According to EAM Jaishankar, the world goes from a system of alliances to a system of convergences, when countries join forces to solve common problems without entering into formal alliances.

The minister welcomed the fact, that the problems of the Indo-Pacific are beginning to be discussed more and more widely in Russia. According to him, it would be good if Russia formulates its own vision toward the Indo-Pacific region. “India is a strong power in the Indian Ocean with a serious interest in the Pacific Ocean, Russia is a strong Pacific power with an interest in the Indian Ocean,” he said. ‘How can we harmonize these interests – that’s the matter. We have such experience in the Eurasian space. It is important today to see where our interests in maritime cooperation can be translated into real interaction.”

Jaishankar emphasized that the concept of the Indo-Pacific is not directed against any countries, particularly China. According to him, the opinion that this concept is being promoted by Washington to contain Beijing’s influence is out-dated and reflects the Cold War paradigm. “India views the Indo-Pacific region in a more comprehensive manner,” he said.

In the discussion, he also spoke about India’s relation with China and Pakistan. Where he stressed that India’s relations with China is special despite differences on boundary issues. He also slammed Pakistan for using terror as a state policy and a country that has been obstructing trade and connectivity in the region.

The foreign minister further explained, “So if have a neighbour who will not trade with you normally, who would not allow connectivity, using terrorism as a means of pressurizing you is okay as a policy, it is not a normal neighbour. We have some unique problem out there. We will find ways to deal with. There are complicated political and historical reasons for it”