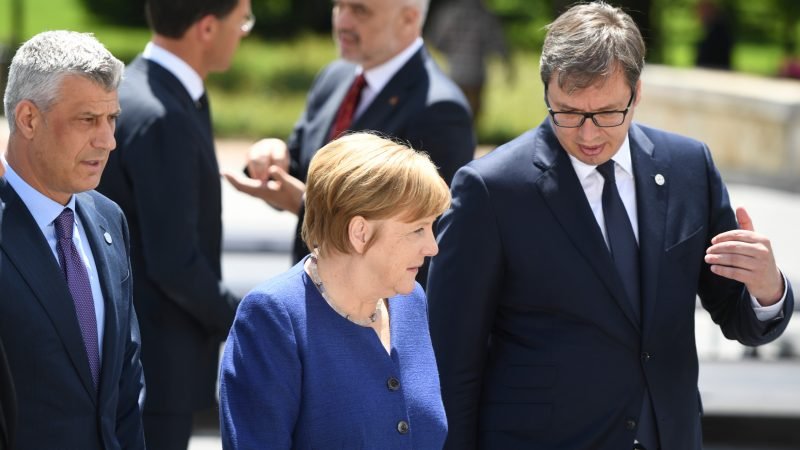 The United States is key to resolving the ongoing conflict between Kosovo and Serbia, Kosovo President Hashim Thaci pointed to the inefficiency of major European countries to reach a unified position on the dispute.

The former Serb and the predominantly ethnic Albanian, Republic of Kosovo proclaimed its independence in 2008, almost a decade after the bloody war.

It gained recognition from the United States and most EU countries, but not from Serbia or its big power patron Russia, and relations between Belgrade and Kosovo remain stiff.

“Without Washington, we can never have any dialogue, negotiations or any agreement”, Kosovo’s President Thaci told American media Reuters in Berlin, adding: “The EU is not united in this process”.

President Thaci was in Berlin to join a summit on the Western Balkans, called by German Chancellor Angela Merkel and French President Emmanuel Macron. Where he played down the expectations for the Berlin meeting saying: “I will not expect any miracle.”

It is important for Serbia to recognise Kosovo as an independent state, Thaci said. He further said, “We will ask today Chancellor Merkel and President Macron to convince (Serb) President (Aleksandar) Vucic to recognise Kosovo”, adding that if that does not happen, “I think the meeting in Berlin will not be helpful.”

President Thaci stressed that Serbia tended to lean itself towards Kremlin but Kosovo wanted to be part of US-led NATO and the European Union at earliest.