More Than Half of Brazilians Approve of Bolsonaro: Survey 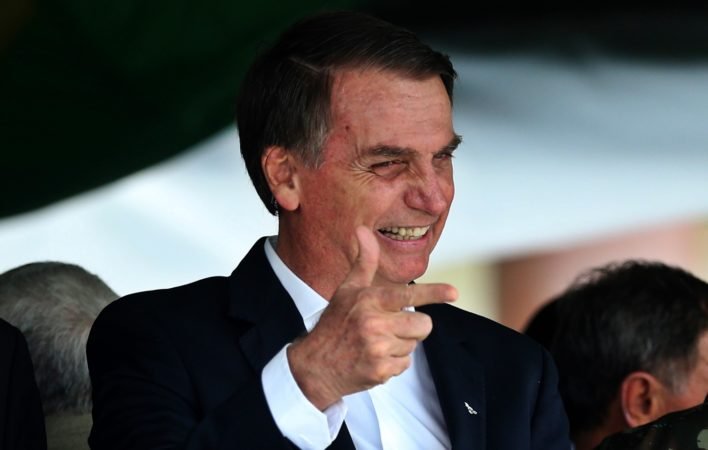 According to a recent poll published on Wednesday, Brazilian President Bolsonaro is backed by over half of the population, signalling his popular support is continuing up despite all the controversies.

According to the poll, Fifty-one percent of respondents said they approve of President Bolsonaro and the equal percentage also trusts him, according to an Ibope survey by the National Industry Confederation (CNI) released on Wednesday. The approval level is roughly unchanged from a previous Ibope poll that was published in March, however, that was not sponsored by CNI. Approx. Forty percent of respondents said they disapprove Bolsonaro.

The published poll indicates Bolsonaro is weathering a slew of challenges that he has faced since assuming power in January, including skirmishes between his own sons and very own cabinet members, the loss of two ministers and scrutiny over controversial statements on social media. Still, confidence in the economy is declining fast as economists reduce growth expectations for this year and next.

Renato da Fonseca, CNI’s executive manager for surveys, told mdia in Brasilia, “Much of the assessment is based on the Brazilian economy, which is stuck.” He said, “Unemployment is still very high.”

Earlier, on Wednesday, a separate report pointed out that Brazil lost over 43,000 jobs last month only with retail accounting for a substantial part of the drop.

Thirty-five percent respondents have rated Bolsonaro’s government as good or great, according to the survey, while 27 percent described it as worse or terrible. Roughly half of the respondents said they disapprove the government actions in rising unemployment and taxes.

The Ibope poll examined 2,000 people in 126 municipalities between April 12-15. It has kept a margin of error of plus or minus two percentage points.