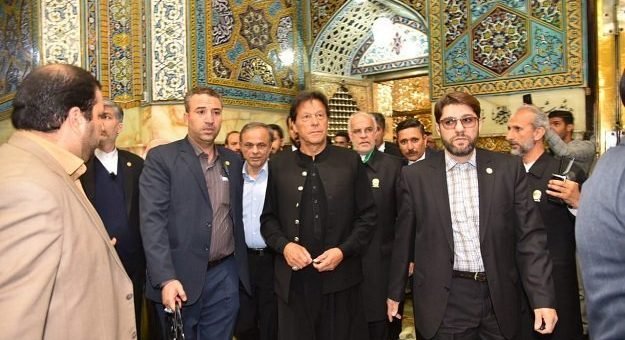 Prime Minister Imran arrived in Tehran on Sunday to review security and regional issues, Iranian state TV reported, a day after Islamabad urged Iran to act against Baloch militants behind the killings in Pakistan’s Baluchistan province.

An umbrella group representing various insurgent groups operating in Balochistan claimed responsibility for the attack on Thursday when 14 passengers, who were identified later as Pakistan armed forces personnel, were killed after being kidnapped from buses in the province bordering Iran.

Pakistan’s Foreign Minister Shah Mahmood Qureshi said on Saturday the training and logistical camps of the new alliance that carried out the attack lies inside Iran and called for Tehran to take action against the insurgents.

Iranian TV said that PM Khan began his two-day visit to Iran, the first since he was elected last August, with a layover in the northeastern holy Shi’ite city of Mashhad.

Relations between two neighbours have been strained in the recent months, with both sides accusing each other of not doing enough to eliminate the militants allegedly sheltering across the border.

Shi’ite Iran says militant groups operate from the safe havens across the eastern borders in Pakistan and has repeatedly called on Islamabad to take harsh action on them.

Tehran has stepped up security along its borders with the eastern neighbour after a suicide bomber killed 27 members of Iranian elite Revolutionary Guards in mid-February in southeastern Iran, with Iranian officials accusing Pakistan of sheltering the terror groups.