SDG 13: Climate Action | What you need to know 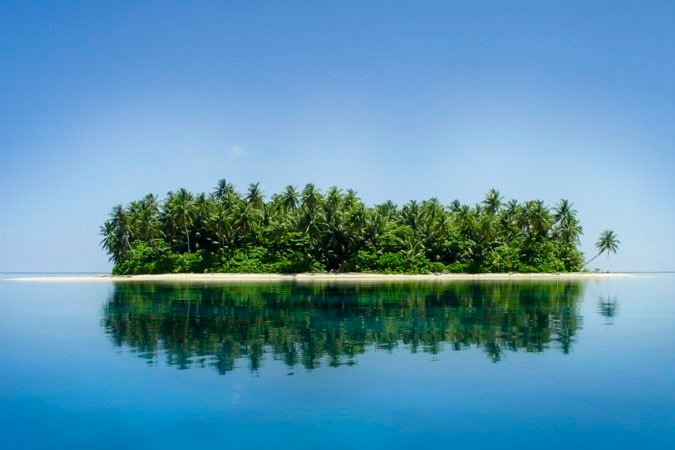 
The Earth’s climate is changing, with severe consequences for our daily lives and the resilience of our countries. Climate change is disrupting national economies, People are experiencing changing weather patterns, rising sea levels, and extreme weather events. Greenhouse gas emissions from human activities driving this change continue to rise.

Maria Emilia Burgos, an Honourary Analyst at The Kootneeti discuss SDG 13 (Climate Action) with Hamza Aomdi, a Climate activist and Secretary-General at AJAD ‘Future of Youth Association for Development’.

Maria: When was the 2030 Agenda for Sustainable Development adopted? What relationship and importance do you think the Action for Climate has with the other SDGs?

Hamza: The first place, priority must be given to the main climatic actions and to evaluate the other actions on an international scale. What happened in September 2015, it set an important precedent, the world leaders approved a historic summit, around 17 Sustainable Development Goals (SDGs) of the 2030 Agenda that formally entered into force on January 1, 2016. With these new Objectives of universal application, the countries for the next 15 years will have to intensify efforts to end poverty in all its forms, to reduce inequality and fight against climate change, at the same time achieve a development where we all form part in equal conditions to be able to finish the goals. The SDGs were shaped by the success of the Millennium Development Goals (MDGs). These new objectives present the particularity of calling all countries, whether developed or developing, rich, poor or middle-income, to adopt measures that tend to promote economic prosperity as well as a healthy and clean environment. The progress made in the previous Millennium Development Goals was evaluated and the list of objectives from 8 to 17 was extended, now called: “Sustainable Development Goals”. This gave rise to the “United Nations Conference on Sustainable Development”, held in Rio de Janeiro in 2002, with the aim of creating a set of global objectives that could respond to environmental, political and economic problems. In 2015, state leaders accepted a set of global goals to eradicate poverty, protect the planet and ensure prosperity for all as part of a new sustainable development agenda. All the SDGs are interrelated, which means that the success or failure of one affects the rest, as happens with the threat of climate change, present in Objective number 13 “Climate Action”. Therefore, they recognize that the decisions taken to fulfil the objectives must go hand in hand with strategies that favour economic growth and address a series of social needs, such as education, health, social protection and employment opportunities, activities that promote the fight against climate change and the protection of the environment. However, the 17 Sustainable Development Goals (SDGs) together with the 169 goals promote a broader scope than the Millennium Development Goals (MDGs) in addressing the root causes of poverty and the universal need to achieve development in favour of everybody. The objectives cover the three dimensions of sustainable development: economic growth, social inclusion and protection of the environment. There is no coercivity in the SDGs, it is a matter of good faith governments adopting them and taking them as their own, assuming responsibilities and establishing national frameworks to achieve the 17 objectives. The countries are responsible for monitoring and reviewing the progress made in meeting the objectives, through regional follow-up activities that in turn will be based on analyses carried out at the national level and thus contribute to follow-up and subsequent review world level.

Maria: What do you consider are the world regions most affected and vulnerable to climate change?

Hamza: All regions of the world present some degree of vulnerability since climate change has no borders. It is necessary for this that countries have environmental policies that allow them to respond to climatic phenomena, with resilience and adaptation. However, it is the countries with the least income that will be most affected by natural disasters caused by the anthropogenic consequences on the climate. According to experts, in Latin America the most vulnerable countries are Haiti, Guyana and Bolivia, Chile is instead the country that is best prepared to face climate change, where COP25 will take place in December of this year. Africa is a region that is also very vulnerable to climate change, southern Africa and the Sahel areas have been decertified, this has caused droughts, migrations and problems in food security, economic and social consequences. Scientific studies reveal that if temperatures continue to increase in the area of East Africa, on the contrary, intense rain phenomena would appear. However, in recent years Africa has made the transition to green economies that allow it to develop more sustainably and resiliently to the climate. The most affected regions of the world, this is the first degree in which the African continent has caused human changes and economic developments, as well as to America since the end of the climate summit of the boon. The countries of South Asia, such as Bangladesh, Bhutan, India, Maldives, Nepal and Sri Lanka, present a high degree of vulnerability to climate change that could have serious social and economic consequences, which has led the Asian Development Bank (AsDB) to work on a report called “Assessing the Costs of Climate Change and Adaptation in South Asia”

Maria: How important is NGOs work to fight against climate change and what is the role of young climate activists?

Hamza: The different NGOs that currently exist in the world have fulfilled a crucial role in society since their beginnings since it was the people who have become more aware, modified their habits, their way of acting and relating to the environment. The United Nations, together with the agencies, has a very important job in being the main promoter to generate more impact and action in society, in addition to seeking that the States adhere to environmental and climate policies. NGOs as international actors from the exact awareness of the future generation using technology as a means of development can generate infinities of positive things that help the fight against climate change. The role of young climate activists is incredible, we see the phenomenon that has caused Greta Thunberg worldwide since it was presented to the Swedish Parliament to demand that politicians assume and take action against climate change, participated in 2018 in Katowice , Poland at COP24, last January was present at the World Economic Forum of Davos, and currently leads “Global Climate Strike”: where inspires many young people to join fight against climate change and a greener planet.

Maria: How are the local and national areas incorporated into the SDGs, especially ODS13, are they joint efforts or does each area maintain its autonomy?

Hamza: Every country in the world has experienced the dramatic effects of climate change. Global warming is causing permanent changes in the climate and now we must act, there is no more time because greenhouse gas emissions continue to rise and its consequences can be irreversible if urgent measures are not taken now. SDG13 promotes “Climate action”, the idea is that the local areas can make the SDGs more effective, therefore the cities have committed themselves and added to their political agenda the sustainable development in its three levels, economic, environmental and social. It is important to work in coordination between the local and national areas, although many times what happens is that to act faster, the person who knows the subject best is each local area that knows how to act and what action to take. According to the results of the Bonn Climate Summit, which is based on the application and evaluation of the operationalization of the Paris Agreement, it is presented as follows: – Completion of the modalities of implementation of the “Talanoa Dialogue”. – Operational decisions of the community platform. – financing – The signage of the Powering Past Coal alliance for the citizens of the world.

Maria: Finally, do you think that more awareness campaigns should be done to educate more about the SDGs?

Hamza: Yes, of course, it is necessary to promote campaigns on the SDGs, but with the use of all means of communication to make an impact. Nowadays the use of social networks is crucial and the joint work of NGOs with local and national governments to make society aware of the SDGs and how they can get involved. Primary and High schools must have teachers who are trained to teach about the SDGs. For this, they must be one of the priorities of the States within the environmental education policies. Universities could also have workshops, where students can participate and be involved in SDGs and environmental issues, promoting participation in NGOs.

María Emilia Burgos is Program Manager for SDGs at The Kootneeti. She can be reached at emilia@thekootneeti.in