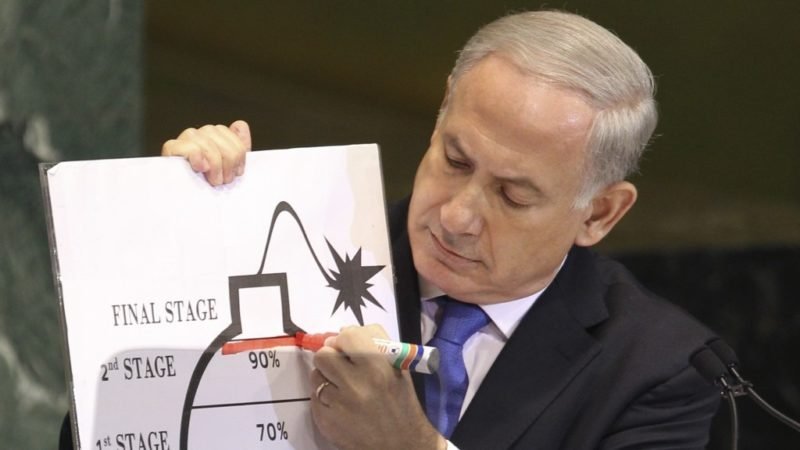 On the occasion of 40th anniversary of Iran’s revolution, the Islamic Revolutionary Guard Corps (IRGC) commander said that the country’s military would raze Tel Aviv and Haifa to the ground if attacked by the US. Immediately Israeli Prime Minister Netanyahu responded that if this regime makes the mistake of threatening us and tries to destroy Tel Aviv or Haifa, they won’t succeed, and it will be the last anniversary of the revolution that they celebrate. Both of these statements reiterate the long-standing hostilities between the two nations.

In late 1978, the streets of Tehran are flowing with protestors burning posters of Iran’s Shah and chanting “Death to America”. As the situation starts getting out of hand, Iran’s Shah along with his wife decide to leave the country in January 1979. Thus, signalling the end of Shah’s rule in Iran. And enabling the creation of the Islamic Republic of Iran under the guidance of Ayatollah Khomeini. This event led to renouncement of all ties between Iran and the United States along with Israel, who were considered collaborators of Shah’s rule in Iran. It is this animosity between Iran and Israel that exists to this day.

In the last few years, the hostile rhetoric between the countries has increased. The main reason attributed to the recent hostilities is Iran’s presence in Syria and its support to Lebanese Hezbollah along with Hamas. Since 2017, Israel has launched several strikes on suspected Iranian military sites supporting these rebel groups. And the Iranian side has regularly denied its involvement other than sending military advisers and military equipment to fight terrorism. Iran has accused Israel of lobbying to the United States for the withdrawal from Iran nuclear deal.

Before 1979 Iran revolutions Israel followed periphery doctrine, the motive was to forge strategic alliances with non-Arab states like Iran and Turkey to counterbalance Arab states in the Middle East. But this has now converted in reverse periphery doctrine. In recent times, Israel is actively looking to warm up its relations with several Arab states such as Saudi Arabia and Oman. Though, these relations are in developing stages and are no were comparable to those of Iran’s Shah. In the case of Iran, the support to Palestine and other separatist movements is mainly because of hatred towards the West. This active support to Palestinians periodically helps them expose the hypocrisy in the Arab states positions on the issue. Here the intent is to combine the Muslim countries against Western-backed Israel.

When we compare their militaries based on Global Firepower reports, Iran has more military personnel, and naval assets while Israel has higher numbers of aircraft, tanks and military budget. Both countries are separated by Syria and Iraq, this makes the limited possibility of direct confrontation between them. So, the hostilities would continue until there is a change of regime in Tehran which seems far in near future.