With China-US tensions on the rise, does Australia need a new defence strategy?

There is no evidence that China has ever contemplated using its nuclear weapons to coerce another state. Instead, China has maintained a “no first use policy” on nuclear weapons. Surprising as it may sound to many, China wants to build an image of itself as a responsible power.

But the fact remains that China could threaten to use those weapons to force the Australian government into, say, ceasing its patrols of the South China Sea, regardless of the much-debated US “nuclear umbrella” in East Asia.

This is the reality that Australian defence planners have lived with for some 50 years. Australian defence force planning has long accepted the premise that our self-reliance needs to be viewed within an alliance context. As recently as 2009, the government plainly conceded that the Australian Defence Force was not expected to deal with a situation:

…where we were under threat from a major power whose military capabilities were simply beyond our capacity to resist.

In such a situation, we don’t expect to be alone.

This point is important to bear in mind when we consider recent discussions of a “Plan B” to strengthen Australia’s defence posture.

Commentators have suggested recently that Australia’s strategic risk is increasing and the A$195 billion defence spending plan announced in the 2016 Defence White Paper is now insufficient.

Australian taxpayers would certainly be interested to know why a plan that doubles our submarine fleet, significantly expands our navy and adds 100 of the most advanced and expensive combat aircraft ever invented would now be seen as insufficient.

The answer lies in the shifting strategic landscape in the Asia-Pacific region, which has led to greater concerns about China’s long-term intentions and rising tensions between China and the US. So what exactly has changed?

China’s recent activities in the region

Since the last Defence White Paper in 2016, Australian defence observers have been alarmed by four things:

These events have occurred against a backdrop of China’s rapidly expanding global footprint. This includes the establishment of its first overseas military base in Djibouti on the Horn of Africa, and its growing access to regional ports such as the controversial Hambantota port in Sri Lanka, which the Sri Lankan government ceded to Beijing on a 99-year lease. 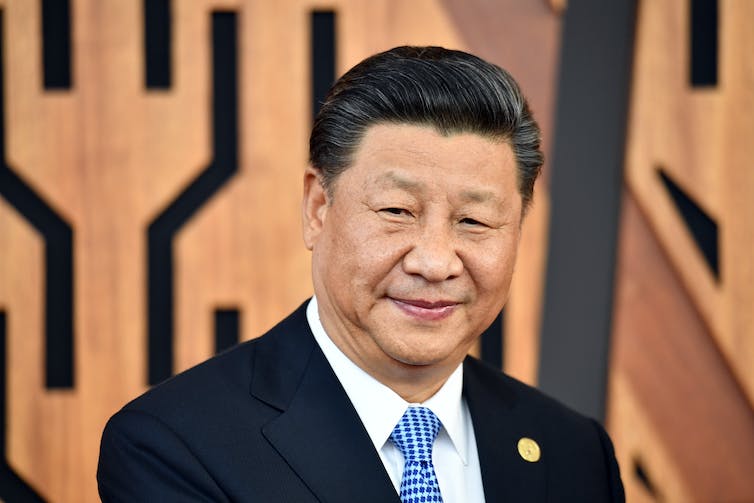 These regional shifts have also come amid growing illiberalism in China, evidence of increasing Chinese intelligence and influence operations in Australia (especially the Dastyari affair) and bullying behaviour from Chinese officials in their meetings with Australian politicians.

In addition, Trump appears to mark a significant break with the strategic priorities of previous US administrations. He’s threatened to walk away from America’s support for the traditional allies and global trade institutions that have characterised US foreign policy since the Second World War. This has put unprecedented distance between the United States and Australia, which as a middle power needs healthy global institutions.

But on China, it’s different. The Trump administration and importantly, the US security apparatus, share Australia’s darkening view of China to the point we may now be seeing a new Cold War developing in the region.

Case in point: the recent announcement of US participation in the development of a joint naval base with Australia on Papua New Guinea’s Manus Island. This is clear evidence of the US’s new willingness to compete with China and a signal the US wants to dispel the uncertainty left in the region in the wake of Obama’s problematic “pivot” to Asia.

Assessing the risks for Australia

In assessing whether Australia needs a steep increase in its defence spending, there are two questions we must ask: Firstly, what regional developments could the 2016 Defence White Paper not have anticipated? And of these, which equate to risks that increased defence spending can obviate?

Our defence planners have been well aware since at least 2009 of China’s gradually modernising defence forces and steadily growing navy. China’s moves toward a blue-water fleet, including new carriers and cruisers, were also well understood in 2016.

While the artificial islands in the South China Sea were still being built, their eventual militarisation was also anticipated by Australian defence leaders, despite China’s protestations to the contrary.

But even knowing all of this, Australia’s defence planners essentially decided in the 2016 White Paper to continue with the “Force 2030” force structure they envisaged in 2009. There have been some additions like shore-based anti-ship missiles, but our plan has largely been focused on enablers – that is, the capability to make the force operate with greater certainty, precision and coordination. Importantly, this White Paper did not envisage Australia fighting China on its own.

Of the strategic developments involving China since 2016 – from the revelations of its influence operations to its new-found interest in the Pacific – the question defence planners should now be asking is whether any undermine the fundamental judgements of the 2016 White Paper. Do they point to a need to radically change Australia’s defence posture?

This leaves the big question of the role of the US in the Asia-Pacific region – the most critical of defence planning factors. Will Australia be left on its own in the foreseeable future?

And here we must observe that despite Trump’s anti-alliance rhetoric, the American force posture in the Western Pacific actually remains unchanged. There have been no base closures and no force draw-downs as of yet from the bases encircling China in Guam, Japan and South Korea, though Trump has threatened this. 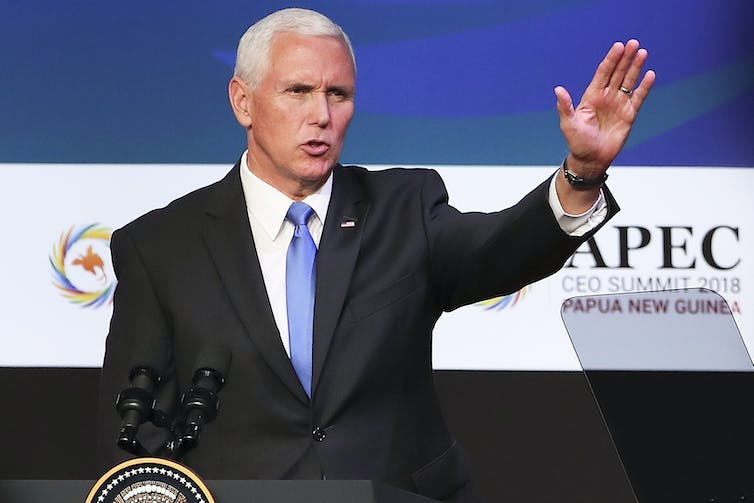 Mike Pence signaled a harder US stance towards China in a speech last month, saying: ‘We will not stand down.’ Fazry Ismail/EPA

Moreover, the hardening US view against China means a likely strengthening of its Asia-Pacific posture under the new National Security Statement, the cardinal US security policy document.

In fact, the US is now expanding its presence in the region with the announcement of the new joint naval base on Manus Island. The US also recently put its nuclear deterrence guarantee to Australia in writing for the first time in history. And the American Marine build-up in Darwin continues.

Although China’s military advances are making the task of possibly defeating its navy more challenging, the fact remains that it will be a long time before it’s able to start a war with the US confident of victory. The US also seems unwilling to leave China to dominate Asia.

In these circumstances, would China use its forces against other countries in the region, like Australia, without the US getting involved? In my view, it could not.

Therefore, while every responsible government should continue to assess defence planning and ensure appropriate levels of readiness, the case for a sharply increased defence spending plan is not at this point compelling.

Greg Raymond is a Research Fellow at Australian National University. He wrote this originally for The Conversation