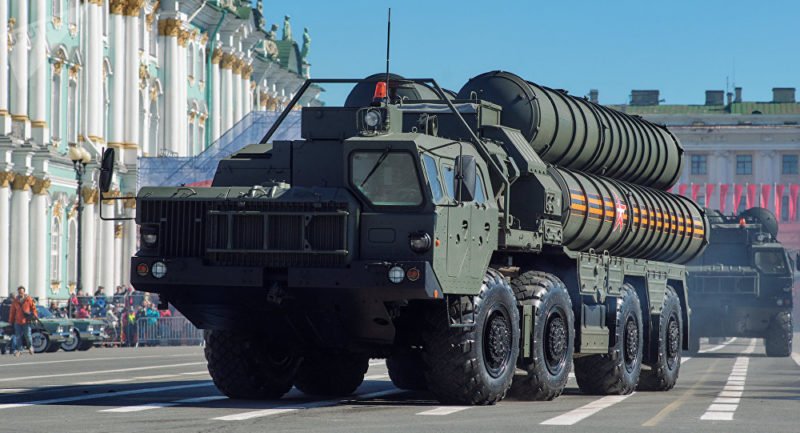 Comparing the US-Indian September 2+2 summit and the recent Putin-Modi high-level negotiations, The Kootneeti’s Founding Editor and Indian foreign policy analyst Amrita Dhillon emphasized the higher level of trust between Moscow and New Delhi. She opined that India and Russia could soothe US-China economic and geopolitical contradictions.

The Russo-Indian top-level summit that took place on October 4-5 in New Delhi followed the 2+2 meeting between the top defence and diplomatic officials of India and the United States that was held on September 6. The US-Indian meeting addressed a number of topics, including the purchase of the Russian-made S-400 missile defence systems, the Iran oil embargo and, most notably, longstanding military cooperation between New Delhi and Washington. While the Trump administration is trying to win over the Indian leadership, mulling over potential waivers from US sanctions and use New Delhi as a bulwark against rising China, India continues to adhere to its sovereign foreign strategy and develop its longstanding partnership with Russia.

Russian State Media Sputnik reached out to Amrita Dhillon, asking her to comment on the dynamics of Russo-Indian relations amid Washington’s charm offensive.

Amrita Dhillon: The Russian president participated in the 19th India-Russia annual summit which was originally started back in 2001. It’s [the] mutual understanding and vibrant leadership from both the extended neighbors that this annual talk never got derailed due to any trust deficit or external factors like [the] US, China or Pakistan. So there are very high expectations among Indians as this reflects India’s sovereignty in its defense and foreign policy.

Other than S-400, PM Modi and President Putin signed a crucial memorandum of understanding [MoU] between [the] Indian Space Agency ISRO and the Federal Space Agency of Russia on joint activities in the field of [the] human spaceflight program, Gaganyaan. Both countries also vowed to fight against terrorism and drug trafficking.

[Another] important pact includes nuke energy, under which both the nations will cooperate with each other on the six nuclear power projects in India. Cooperation in railway projects will set new dimensions in the connectivity where both the countries need transformation.

Sputnik: In September 2018, India and the US held 2+2 talks. However, it appears that Secretary of State Mike Pompeo and Defense Secretary James Mattis failed to convince New Delhi to abandon its defence cooperation with Russia and ban Iran’s crude despite the sanctions threats. What’s your prognosis on Washington’s attempts to bring India into its fold? What is the main difference between the US and Russia’s approach to India, in your opinion?

Amrita Dhillon: Since the Soviet era, Russia has been one of [the] closest allies of India meeting the country’s defense needs. Mutual understanding [between the countries] is far higher [than that between New Delhi and Washington]. India is the only country which rents nuclear submarines from Russia.

Even Washington understands this and it would not like to jeopardize the relations by taking some steps that can be viewed in New Delhi as unfriendly, as a major chunk of its policies in Asia, especially China is revolving around India. The duality of American policy is visible over S-400 where it imposed sanctions on China for purchasing S-400 from Russia, and for [the] same India got a waiver.

Already facing differences on Iran with the EU, [the] Trump administration would like to play wisely, and I believe agreeing on Significant Reduction Exemptions (SRE Waivers) to Iran is part of it. According to a recent study by Pew Research, when the US is suffering a decline in its international image, especially among its all-time allies like Germany, where only 30 percent see the US as a favorable nation (declined by 27 percent compared to the Obama presidency) it definitely, should choose wise options for Asia and not flexing its muscles.

Sputnik: India Today opined that New Delhi and Moscow play the role of global balancers amid the US-China political, economic and military spat. Do you agree with this stance? What do you think about the geopolitical role of the Russian-Indian duet?

Amrita Dhillon: I agree India and Russia are two distant neighbours who always had a similar [stance] on the terrorism.  Both are integral members of BRICS, and amidst the US-China spat on politics, economy and military issues, India and Russia [can]definitely act as a global balancer in the scenario when the global focus is towards the US and China. However, few of the challenges persist imagining this duet on a global level, China and Pakistan being the major among [them]. We can even say that 2+2 was not actually about the fate of two nation’s policy, but six — Russia, China, Pakistan, Iran are the immediate observers of this dialogue, and wiser diplomatic moves on the ground by both nations could act as a global balancer shaping [an] Indo-Russia duet in relations with Trump’s America.

Amrita Dhillon is the founding editor of The Kootneeti. She’s also an honorary analyst at the Equilibrium Global (Argentina). She’s researching the issue of the militarization of artificial intelligence.

The views and opinions expressed by the contributors do not necessarily reflect those of Sputnik.