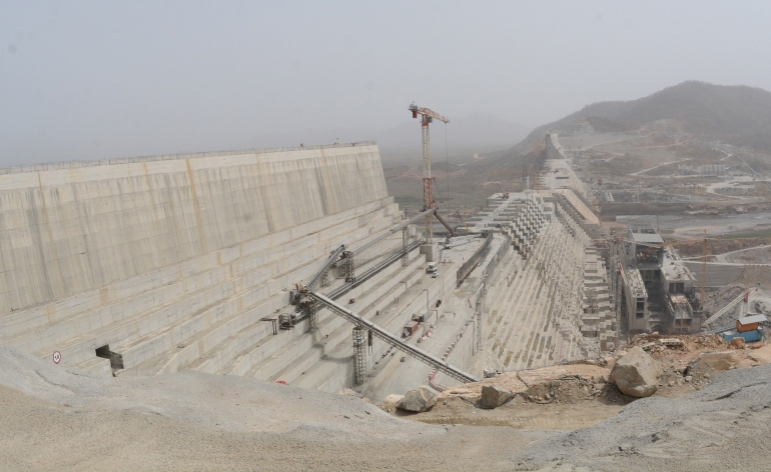 East African countries that were banking on Ethiopia for cheap electricity could be forced back to the drawing board given the uncertainties on the future of the Grand Ethiopian Renaissance Dam.

Although Ethiopia has marketed the dam as the most successful homegrown infrastructure project in the region, largely because it is being funded from local resources, a critical assessment by Prime Minister Abiy Ahmed has lifted the lid on the challenges facing the project and cast doubt over its completion.

In his assessment, the liberal and reform-minded PM castigated public officials overseeing the project over their “incompetence,” and a military-linked firm for failing to supply vital components, which has caused delays and exposed the government to demands for compensation by the Italian contractor, Salini Impregilo.

Dr Abiy then went ahead to terminate the contract of state-owned Metals and Engineering Corporation (Metec) for the supply and installation of the hydraulic and electromechanical components.

“Salini has demanded compensation because of the delays. We decided to cancel the contract with Metec and offer it to companies with experience,” he said in a press conference.

The PM added that construction of the $4 billion hydropower plant started in 2011 and was supposed to be completed in a span of five years, no single turbine is operational seven years down the line.

Ethiopia had projected that it would start generating 375MW of electricity from the first two turbines in 2015.

“The dam project bears the fingerprints of all Ethiopians and accords as the opportunity to show the world that we can dream and execute our plan. So, if we fail to complete the project, it would be a disgrace for us,” said Dr Abiy.

Salini, which is undertaking the civil works, has distanced itself from the accusations Metec is facing.

“Salini Impregilo wishes to clarify that Ethiopian Electric Power’s decision regarding Metec has no bearing on its own contract in the construction of the project,” said the company.

In recent months, the dam has been bogged by controversies ranging from financial constraints with many Ethiopians who have been contributing to its kitty feeling it is no longer a symbol of national pride, striking employees demanding better wages and living conditions, and the killing of the project manager to a standoff with Egypt over the use of the River Nile waters.

Just this past week, labourers, engineers and drivers working on the project that is Africa’s largest with a capacity to generate 6,000MW, ended a seven-day strike after the government promised to address their grievances.

The killing of Simegnew Bekele in July, who for a long time was the dam project manager and it’s public face, sparked outrage and concerns that internal and external forces were conspiring to see the project fail.

The revelation that the project could take longer to complete has ignited concerns among eastern Africa countries that have signed memoranda of understanding with Ethiopia for electricity purchase.

Kenya and Tanzania are among countries that have signed MoUs with Ethiopia to import 400MW each. Others are Djibouti which intends to import 60MW, and Sudan which is already importing 200MW.

The country was planning to increase it to 300MW this year and 1,000 MW over the next five years.

Ethiopia, which was expecting to earn $500 million from power exports by 2020, has also been negotiating electricity purchase deals with Burundi, Rwanda, South Sudan, Uganda and Yemen. Last year the nation made $73.4 million from electricity exports.

The country has been banking on the completion of the dam to meet the electricity demand.

Already, the region has invested heavily in power transmission facilities.

“The upshot is that the hydropower plant may well not reach full capacity for another decade,” said a report by the UK-based research firm Africa Energy.

It added that this means the government will have to partly rely on untested ambitions for increased private energy investment to get anywhere near a generation target of 17,000MW by 2020, from less than 5,000MW now to not only supply domestic needs but also sell electricity to neighbouring countries.

The delay is threatening to render transmission lines originating from Ethiopia idle.

Among the transmission lines that form part of the Eastern Africa Power Pool are the 1,045 km Ethiopia and Kenya interconnector, being implemented at a cost of $1.2 billion and capable of transporting up to 2,000MW of electricity.

While mounting domestic problems are bogging down the dam’s construction, resolving a prolonged standoff with Egypt on the use of the Nile waters continues to cast the cloud over the project.

According to the Africa Energy report, Ethiopia’s decision to build the dam on the Blue Nile displayed the country’s willingness to combat Egyptian dominance of the Nile Basin.

“Ethiopia has projected the dam as the centrepiece of a so-called Ethiopian renaissance. The idea was that it would not only power industrialisation but would be self-funded by Ethiopians and their government to prove that the country no longer depended on aid,” it states.

It added that with Egypt demanding that Ethiopia not interfere with the flow of the Nile, there are doubts about how long it will take to fill the reservoir, a challenge compounded by volatile rainfall patterns.

In June, East African countries together with Sudan resolved to form a team that will come up with a scientific study on how to fill the reservoir, which has a capacity of 70 billion cubic metres of water.