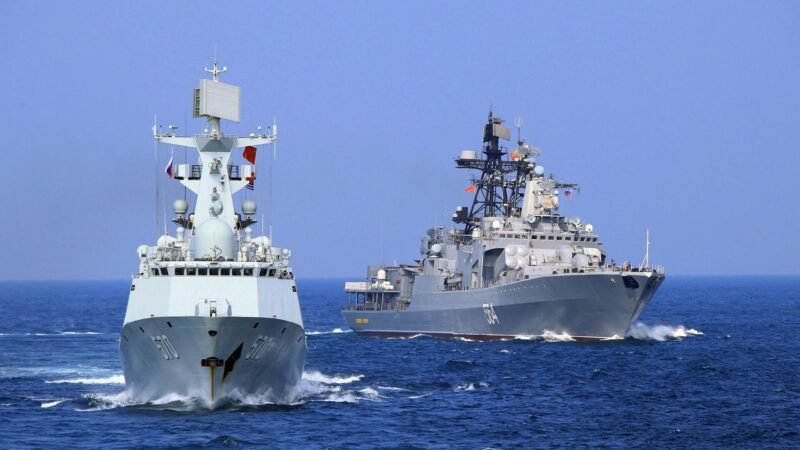 South Africa has announced a joint military drill with China and Russia in the Cape Route waters, sparking concerns among defence analysts that the country may be using the two nations as “bargaining chips” in its dealings with the United States. The joint exercises, named “Mosi,” which means “smoke” in the local Tswana language, will take place between February 17 and 27, according to the South African military. The drills will be held off the port cities of Durban and Richards Bay, a strategically important shipping route connecting Europe and Asia.

The United States, which has a long-standing strategic partnership with South Africa, has expressed disapproval of the exercise, with a spokesman for the US Embassy in Pretoria stating that it was noted “with concern” given Moscow’s ongoing invasion of Ukraine. South Africa’s refusal to condemn Russia’s actions in Ukraine and its recent assumption of the chairmanship of the BRICS group, which aims to challenge dominant global governance structures led by the US and Europe, may be contributing factors to the decision to conduct the joint drill.

The move is being seen as a way for South Africa to assert its independence and to strengthen its ties with China and Russia, while also sending a message to the United States that it is not solely dependent on the US for its security. The joint exercise also gives a further propaganda boost to Moscow, after it recently announced that its forces had seized the small town of Soledar after months of reverses and heavy losses.

The joint exercise is also a sign of the growing cooperation between China, Russia, and South Africa in the military field. The three countries are becoming increasingly active in the region, and the exercise is likely to send a message to other countries in the region that they are a force to be reckoned with.

The joint military drill between South Africa, China, and Russia, while raising concerns among some, is a reflection of the country’s desire to assert its independence and strengthen its ties with its global partners. It is also a sign of the growing cooperation between the three nations in the military field and the message that they are a force to be reckoned with in the region.