How the Terror Landscape in Kashmir is Evolving 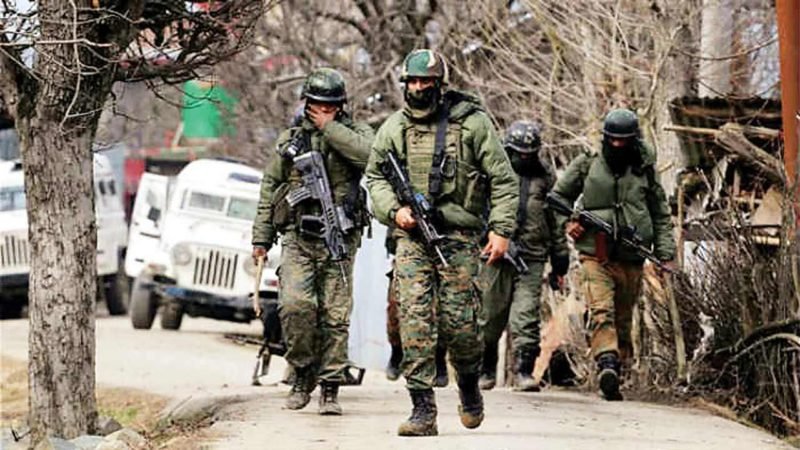 In the Reban operation, a regional Hizb commander named Farooq Ahmed Bhat, who went by the alias of Nali, was among those killed. Nali, an A+++ category terrorist, had taken command of Hizb in Kulgam and Pulwama districts after Naveed Babu was captured travelling with now-disgraced police officer Davinder Singh.

In the operation, three AK-47 rifles and two pistols were recovered from slain terrorists, the security forces claimed.

In Pinjorah operation, the police did not reveal the identities of the terrorists killed.

Commander Nali’s killing is the latest in the series of high-profile killings of terrorists. Last week, an Afghan war veteran and an explosives expert said to be behind the foiled car bomb attack in Pulwama was killed. He was identified as Abdul Rehman, also known as Fauji Bhai, and as Jaish-e-Mohammad chief Masood Azhar’s nephew.

As per Jammu and Kashmir Police’s Inspector General (Kashmir Zone) Vijay Kumar, 70 terrorists, including 21 senior commanders, have been killed so far this year.

Ansar-ul-Gazwat-ul-Hind is an Al-Qaeda affiliate in the Valley, floated by Zakir Musa after he broke away from Hizb. Junaid Sherai was a Hizb divisional commander and his killing closely followed that of Riyaz Naikoo — the operational chief of Hizb in the Valley and among the longest surviving terrorists in recent years, being active for almost eight years.

Kashmir observers noted that, in Reban, where five terrorists were killed, including a commander, there were only three rifles with them. They believe this suggests that even established terror groups like Hizb are struggling to train and equip their new crop of terrorists. Hizb is among the oldest groups active in the Valley with well-oiled machinery.

In part, it may be credited to the fact that the security forces have strengthened the counter-terrorism grid in the state over the years. Border management has also become more efficient in recent years that has resulted in fewer recruits crossing over to train into Pakistan like in past.

The most lethal terrorists are now those who train in Pakistan and infiltrate into Kashmir — not like the old days when they would be radicalised in Kashmir, moved into Pakistan-Occupied-Kashmir for training, and then reinserted into Kashmir.

Over the years, the Indian security establishment has been concerned about a homegrown movement in Kashmir, with a rise in local recruitment, particularly post-Burhan Wani’s killing. This homegrown movement is now at the fore of a new narrative that is being pushed by Pakistan in the guise of a new terrorist outfit — The Resistance Front (TRF).

It has been an old practice to activate groups that have been inactive for a while when the going gets tough for others. Jaish was activated around 2018 to give breathing space to groups such as Hizb and Lashkar that had come under increasing international scrutiny. Now, post-Pulwama, as Jaish too has come under the international scanner, and as other groups have been pushed to the very edge by the Indian security establishment, Pakistan is working to give a new direction to the movement in Kashmir with TRF.

About this new group, Colonel (Retired) Vivek Chadha, a Research Fellow at the Manohar Parrikar Institute for Defence Studies and Analysis, has told this writer that it is a Pakistani attempt to rebrand terror and project the movement in Kashmir as indigenous rather than Pakistan-fuelled.

TRF first came to public prominence in early April when it dealt a major blow to the Indian Army by taking down an entire five-man special forces squad of 4 Para SF. Then in early May, the group dealt another major blow to the security establishment in Handwara when terrorists claimed by them killed a colonel (21 Rashtriya Rifles’ commanding officer), a major (a company commander with 21 RR), a sub-inspector of the Jammu and Kashmir Police’s Special Operations Group, and two other ranks of 21 RR.

Within a span of one month, this new group, therefore, dealt major blows to the three most elite components of the counter-terrorism grid in Kashmir: the Rashtriya Rifles, Para SF, and JKP SOG.

On this, Col. Chadha said, “TRF is not a bunch of ragtag gunmen. They killed five of our special forces personnel and it shows that they were inducted into India after proper training.”

Both of these TRF operations were in North Kashmir’s Kupwara as opposed to South Kashmir which is the traditional hub of terrorist activities.

Col Chadha said, “Pakistan is focusing on places where the conflict has been low for a year or two. It is taking advantage of a perceptual and operational gap, redirecting its terrorists and information warfare tactics to such areas.”

Terrorists claimed by TRF as their own have at times turned out to be LeT cadres. Former Northern Army Commander Lt Gen HS Panag wrote about the group, “The aim is to give the proxy war an indigenous flavour. This organisation [TRF] is likely to be used to claim responsibility for all terrorist activity while the cadres will continue to be trained and controlled by the parent organisations that will remain incognito.”

Experts have also suggested that Pakistan is also attempting to “secularise” the movement by taking the religious element out. Notably, US President Donald Trump publicly announced in “Howdy Modi” event that the United States will face the threat of radical Islam together with India.

By taking the religious element out and projecting the movement as homegrown, self-sustained resistance against the Indian rule rather than as a pro-Pakistan movement, the movement is being given a new label.

Even as the establishment has taken note of the group and has dealt it a blow by eliminating a commander, Asif Ahmad, the group’s potency and rising popularity as noticed by Kashmir observers poses a new challenge in the ever-evolving terror landscape of Kashmir.