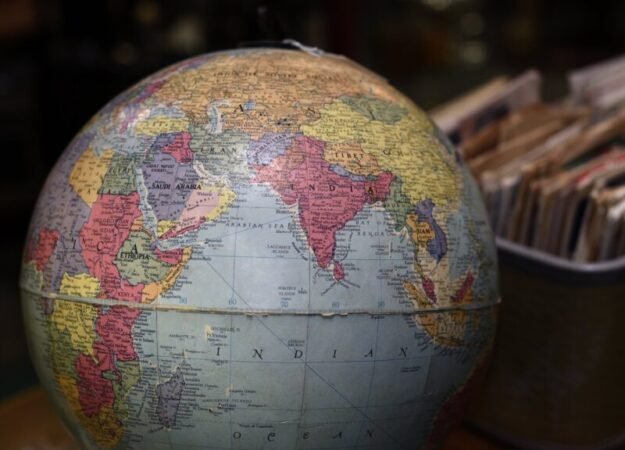 The stride to dominate the globe and its resources is indicative of persisting power parlance in a defined time and space.  Since antiquity, quest for dominance has led to discoveries, exchange of Culture and trade, order, anarchy and chaos.

It settled with the formation of Nation-states which introduced the idea of non-interference and sovereignty. This has tried to put hold on wars by demarcating territories and respecting state’s boundaries. Power is a contested phenomenon that rules the evolving dynamics of international relations. As stated by Hartman that Inter-state relations are ultimately relations of power politics. Whereas, Dahl determines power as the ability to shift the probability of outcome.

World politics has one thing consistent i.e. the quest to conquest. This has been justified by many realist thinkers as ‘obvious’ considering the human nature and its attributes which is defined as self-centric in origin. Realist approach has defined pre-dominant idea of world, its affairs and its objectives.

They set trend for what is identified as an essential business of world politics where gender has remained peripheral. In recent contemporary times, with the onset of trans-boundary and inter-sectional waves of feminism, Gender has managed to hold stage with louder voices but has remained only affirmative in approach and character. By incorporating gender in agenda setting of organizational initiatives like G-20, OECD etc. has been the depiction of slightly changed course in hegemonic pathways.

As rightly identified by A. Tickner, the hegemonic idea of Politics, in the context of gender and international relations, has three dominant pillars like Security, Economic Globalization and Democratization. These paradigms have engulfed itself with the evolutionary trend in world politics. We will use this classification for our understanding of persisting and ongoing developments in the field of international state of affairs. Peace and cooperation surrounds the debate in a macro perspective but lacks empowerment and inclusivity lens. Broadened understanding needs accommodativeness towards adding security for empowerment, economics for empowerment and use democratization for generating awareness in people of authority and policy subjects.

War, security and Anarchy have been the cause of concern that has shielded the affairs of states in all ages. Strategies to evolve out of it and bring new order through the principles of stability, security and sovereignty became the agenda that lead to the origin of concepts i.e. peace and cooperation. Four Debates in International Relations has laid perspectives and solutions to the persisting dilemma. States, institutions, laws and individuals are found to be relevant stakeholders through dominant discourses of the time like Realist, liberals, critical, postmodern, post-positivist etc.

Security has remained the pre-dominant concern which needs resolution and effective measures since the time immemorial. It has upheld multi-dimensional approach with upcoming scientific and technical developments. Still, Security has been solicited by strong military and seized borders.

Economy determines the power dynamics in local, national, regional and international politics.  But it shapes and re-designs the persisting notion of development as growth in limited term of numbers. Economic gains has been the cause of capitalism, imperialism and contemporary globalisation. It is considered that not mere advancements in technology but relative gains of economy has been the cause of lessening wartime zones in the globe. But, economics could also not been able to escape the foreground of international relations i.e. quest to conquest. Which can be seen in trade wars like China-USA trade wars. Rules of international relations has been held tight and defined by the hegemonic discourses of realism and liberalism. Still, security is seen as limited and missing paradigm.

Democratization is a more localized phenomenon that has its roots in the hierarchical and structural understanding in the principles of democracy. Theory is built-upon the notion that has its foundation in all levels and specifically the grassroots of society. Shifting the parlance from only individual to community.  Democracy, in practice is seen to have been the viable solution for the neglect and ignorance and for peace and security as suggested by democratic peace theory. Where Dahl defines pillars of democratization which consists of political equality and political freedom. When applied to the domain of international politics, it is seen empowering and cooperative of individual interests. Initiatives of individual countries and regional groupings like International solar alliance, Asia-Africa growth corridor, Stockholm environmental conference, Paris peace treaty, happiness indexes like global peace index, financial action task force, covid-Vaccine help initiatives, blue economy, digital economy, sports diplomacy, human rights and migration projects, Build back better world, initiatives on gender equality like UN, WEF, UNDP etc Measures, as stated above, depicts changed understanding of security and cooperation.

L.H.M Ling has suggested developments in the domain of international politics is significant in upliftment of the last and empowerment of all. It is a hierarchical agenda and its impacts trickle down in a structured manner. Hence, it is suggested that affairs of states pursued internationally must incorporate multifaceted and empowering agenda to ensure that values and resources has its wider, broader and considerably contextual ramification.

Mansi Malhotra is a PhD researcher and her focused area of study is Women in International Relations. She has completed her Graduation and post-graduation from the University Of Delhi. She had been a Research Intern with the Ministry of External Affairs, Government of India and National Human Rights Commission, Government of India