The Global Food Crisis has Reached its Peak; Is the World Going to Face Famine Soon? 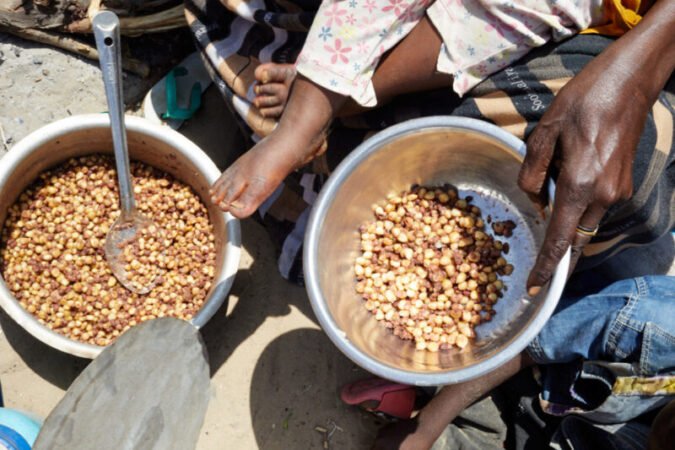 A few days ago on October 16, World Food Day was celebrated. Every year this day is celebrated all over the world with grandeur. In the context of the existing global crisis, this year’s World Food Day celebration is quite indicative. The theme of World Food Day 2022 was, ”Better production, better nutrition, better environment and a better life”. But the extent to which these goals are being realised is highly debatable. The United Nations has warned that due to the war between Ukraine and Russia, there maybe a food crisis in the world. Antonio Guterres, Secretary General of the organization gave a warning during a speech in New York on 18th May, 2022. He fears, within the next few months, there maybe a food crisis in the world. He said food insecurity in poor countries has reached a critical level due to the increase in price due to this world. Unfortunately, if exports from Ukraine do not normalise, the world may face famine. Russia’s attack has cut off food supplies through Ukraine ports. However, a large amount of sunflower oil, wheat and corn were exported through these ports. Due to their closure, the global supply has drastically reduced. According to the United Nations, food prices have already increased at least 30% worldwide this year compared to last year.

A global food crisis could occur by the end of 2022, it was predicted earlier. The impact of the Ukraine-Russia war has intensified the food crisis with the COVID-19 pandemic, creating ‘pouring water on the drowned mouse’ situation globally. Disasters such as floods and droughts caused by the adverse effects of climate change have worsened the situation. According to a report released last month by the World Food Programme (WFP) and the food and agricultural organization (FAO), a record number of people are already on the brink of famine in 6 countries. According to the latest hunger report, 970,000 people in Afghanistan, Ethiopia, South Sudan, Somalia and Yemen are facing the threat of hunger, a tenfold increase over the past 5 years. A WFP report says that 30,500,0000 people in 82 countries face severe food insecurity. At the end of last year, this number was 28,200,0000. Of these nearly 50,000,000 people in 45 countries are facing famine today. WFP analyst Chiara Palanch believes a massive global food crisis is imminent, which is going to be the biggest food crisis in modern history. Millions of people are at risk of famine if no action is taken now. The problem of global hunger is at risk of becoming so serious that no organization in the world can respond competently to the disaster.

2.6 million people are expected to face the crisis in Somalia, Eastern and Southern Ethiopia and Northern and Eastern Kenya. The risk is also increasing in the Democratic Republic of Congo, Haiti, Sahel, Sudan and Syria. At the end of last August, 116 districts of Pakistan were hit by severe floods. As a result, 33,000,000 people in the country had to suffer. In Latin America, El Salvador, Nicaragua, Guatemala and Honduras were also affected by floods. Expected rains have resulted in food shortages in those countries due to massive corps losses.

The crisis is increasing not only in Asia, Latin America or Africa, but also in Europe. Millions of people in the United Kingdom have been forced to go hungry or half-starved in recent months, a new survey has revealed. According to a survey by the country’s Charity Food Foundation, millions of people are unable to meet even their basic food needs due to rising commodity prices. According to the Foundation’s data, at least 1 in 5 low income households forced food insecurity in September as the country’s livelihood crisis intensified. Which means, the number of hungry people in the UK increased more in September compared to the first few weeks of the COVID lockdown period. In fact, hunger levels in the country have more than doubled since last January, and last month nearly 10,000,000 adults and 40,000,000 children were unable to eat a regular meal, the organization told. How much intensity of hunger has increased in the UK is known from a sensational data that emerged from this survey. According to the survey, hungry school kids stole food from their classmates many kids skipped launch because they could not afford to eat at school and many even ate lunch with just a piece of bread. An additional 800,000 children in the country were reportedly given free school meals after this information came to light.

The Food Foundation has conducted this survey on more than 4200 adults in the UK from just before the pandemic. The organization has explored food insecurity in the country through this nationally representative survey. At least 14% of households were forced to skip meals during the first fortnight of the lockdown imposed in March and April 2020, with supermarket shelves empty and food supplies heavily disrupted. But later studies showed that food insecurity rates in the country have decreased. In some cases, 7% to 8% of households have stabilised after the government’s COVID assistance program for poverty-stricken households was introduced.

Apart from the UK, France also witnessed People taking to the streets of Paris to protest against the rise in prices of daily necessities including food. A protest strike was observed across the country on October 17. According to a Reuters report, the strike has been called by all trade unions in France’s education and vehicle sectors, lead by Jean-Luc MeLenchon, the leader of France’s hard-left party La France Insoumise (France Unbowed). Various trade unions of government officials have also supported the strike. Due to this strike, all schools in France were closed indefinitely. The movement of the country’s main public transport railways and metro rails has reduced by 50%. Even the railway authorities of the country were forced to cancel the journey of some trains running on Paris and London routes.

Earlier, at the end of last September, labour unions in the France oil refining sector called for a strike to demand an increase in salaries. The general public of France suffered a lot as supply became irregular at the country’s petrol station due to the almost four week strike. At present, the Ukraine crisis is fuelling domestic high prices and economic instability in countries due to continued high food, fuel and fertiliser price worldwide. Another reason for the increase in food insecurity least the restricted access or barriers to entry in crisis-ridden countries. As a result, reaching people in countries at risk of acute hunger is limited.