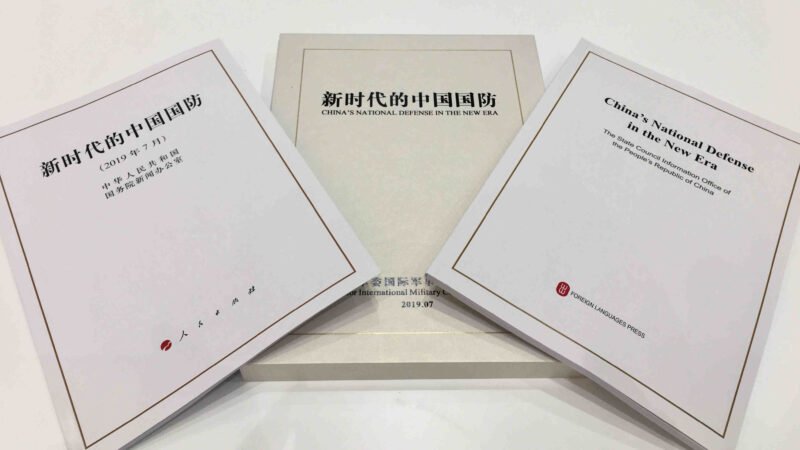 Countries publish their national security strategy or national defence strategy in the form of a White Paper. These papers help the world to understand the defence policies of the publishing nations. This article analyses the Chinese defence whitepaper which it published in 2019 and will try to understand whether the argument that it has a defensive defence policy, is correct.

The white paper of china is in direct response to the official U.S. reports on Chinese Military Power issued by the Office of the Secretary of Defense and by the Defense Intelligence Agency. The whitepaper entirely blames the US for the international situation and argues that:

The whitepaper broadly has six themes which have been formulated into chapters which talk about the current international security situation, defence policy, fulfilment of challenges and tasks by Chinese armed forces, reforms in defence and armed forces, defence expenditure and building a community for a shared future.

It highlights three main points which are of importance to china. First: internal security is non-negotiable and external interference is unacceptable. This is further elaborated in the context of Taiwan’s independence and the east Turkmenistan movement. Second: China is heading towards its stated goal of the People’s Liberation Army (PLA): Informationisation by 2020, modernisation by 2035 and a world-class armed force by 2050. Third: it considers east and southeast Asia as its exclusive sphere of influence and aspires to keep the US out of it. It argues that its defence policy is defensive in nature by highlighting the aims of the policy.

Is the paper really defensive?

The tone of the paper doesn’t substantiate the arguments. The: dictum of Deng Xiaoping” Hide your strength, bide your time and never take the lead” appears to be forgotten. The paper explicitly mentions that China does not promise to restrict the use of force to accomplish the aims of the defence paper and to protect the integrity of China.

In the context of the current episodes

In the year 2015, the president of China Xi Jinping assured the US president and the world of not militarizing south china see but the story is very different after just a span of six years. Satellite images have shown clear pictures of china building significant point-defence capabilities, in the form of large anti-aircraft guns and probable close-in weapons systems (CIWS), at each of its outposts in the Spratly Islands. ”

Its argument that south Asia largely remains peaceful comes from its belief that China is capable of controlling the situation in south Asia. However, the reality is far from true. China without any reason antagonized India in 2020 and started conflict on the line of actual control and killed 20 Indian soldiers. It also interferes unnecessarily in the internal affairs of south Asian countries and tries to influence their polity. It provides money to south Asian countries like Sri Lanka, Pakistan etc. and uses the policy of debt diplomacy to make these countries work against the Indian interests.

Another point highlighted in the paper is the external influence on the Taiwan issue. It argues that china will not tolerate any kind of external intervention in its ‘domestic matters’. But the way it deals with the Taiwan issue may not be characterized as defensive in nature. Recently, in a span of three days, it flew more than 150 aircraft over the Taiwan region just to showcase its defence capabilities. The recent test of the hypersonic missile which orbited the globe before missing its target provides an additional edge to its defence capabilities which was not required if it had perceived a defensive defence policy.

As the offensive realists argue, china is pursuing an offensive defence policy and is maximising its defence capabilities in the name of its security but the reality is far from true. There is little doubt that the defence whitepaper of 2019 published by China is defensive in letter and offensive in spirit and nature.