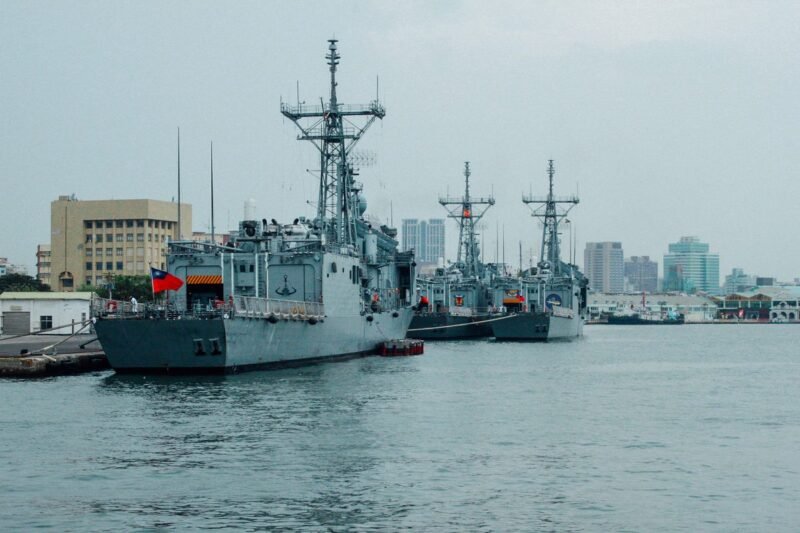 Having repeatedly sent fighter jets and conducted military drills towards its estranged sister, thanks to Pelosi’s visit to Taiwan, Beijing and U.S. have brought the crisis to a new peak which embroiled an economic island in crisis.

Past history of ROC and PRC

The island seems to have first appeared in the Chinese records in 239AD when an emperor sent an expeditionary force to explore the area- a fact Beijing uses to back its territorial claim. After a relatively brief spell of Dutch rule in 1624-61, Taiwan was administered by China’s Qing dynasty from 1683to 1895. In 1895, Japan won the first Sino-Japanese war and acquired the territory of Taiwan. After the end of the second world war, Japan surrendered and relinquished the controlled territory of china. Thereafter, the Republic of China(ROC)-one of the victors of the second world war, started ruling over Taiwan with the consent of its allies, the US and the UK. But in the next few years, a civil war broke out under the leadership of Mao Zedong and Chiang-Kai-Shek and finally Mao gained victory over Chiang’s forces and pushed him to settle down in the then-called ‘Formosa’ island, presently known as Taiwan or Republic of China. After the tumultuous situation between the two leaders, Chiang established a government in exile in Taiwan which he led for the first 25 years. After the death of Chiang, his son Chiang Ching-Kuo took the position of his father and allowed for more democratization.

Taiwan and its recognition

Presently, Taiwan officially known as the Republic of China (ROC) is an island separated by mainland china by the Taiwan strait. It has been governed independently of mainland china, since 1949. The PRC views the island as a renegade province and vows eventually to unify it with the mainland of China, however owing to a different form of government-democratically elected government- and populace of around twenty-three million people, and differing views of political leadership on the island’s status it was not an easy task for the then leaders*. Furthermore, the cross-strait tensions have escalated since the election of Tsai-Ing Wen as the Taiwanese President in 2016. Tsai has refused to accept the formula of his predecessor, Ma Ying-jeou, and has endorsed cross-strait ties.

There is disagreement and confusion over what Taiwan is. Chiang’s ROC government in exile at first claimed to represent China as a whole, which it intended to reoccupy later. It had permanent seat in the united nation security council till its Replacement by the People’s Republic of China. Owing to the permanent seat at UNSC, many countries started recognizing ROC as the real government of the Chinese population. The main turn came in 1970 when some countries started arguing that the Taipei government could no longer be considered a genuine representative of hundreds of millions of people living in mainland China, thanks to the beginning of the Sino-U.S. rapprochement and the remarkable leadership of Deng Xiaoping. Then in 1971, the UN switched diplomatic recognition to Beijing and ROC government was forced out. More so, with the opening up of China’s economy to the outside world (Kaifang Gaige), the number of countries that recognize the ROC has fallen drastically to about fifteen. Now, despite having all the characteristics of an independent and sovereign state- land, territory, population, and government- Taiwan’s legal status is still unclear.

Relation between China and the issues

Improvement in relations between the two was witnessed in the 1980s as Taiwan relaxed rules to visit and invest in China, and subsequently, in 1991, it was declared that war with PRC was over. China proposed “one country two systems”, which allowed Taiwan significant autonomy, if it agreed to come under the One China umbrella, however, Taiwan rejected the offer. Beijing insisted that Taiwan’s ROC government is illegitimate- but unofficial talks continued through back channels.

The sourness in the relationship between the two increased later in 2000, when Taiwan’s newly elected President Chen-Shui-Bian, from DPP( Democratic progressive party), openly backed “independence”. The rhetoric sharpened further in 2018 as Beijing stepped up pressure on international companies- if they failed to list Taiwan as a part of china on their website, it threatened to block them from doing business in china.

Since President Donald Trump took control of the united states of America, tensions have risen, and he declared to tighten ties with Taiwan. This trend has continued further under Joe Biden, with the U.S sending weapons, special military training units and delegations of former officials, in a show of support for Taiwanese president Tsai Ing-Wen, whom Beijing sees as dangerously pro-independence. Moreover, on Aug 2, the speaker of the U.S. House of Representatives, Nancy Pelosi travelled to Taiwan, defying the stiff warning emanated from Beijing of unspecified countermeasure. With the completion of the visit, China unilaterally cancelled a few minor agreements signed between the two countries and continued drilling across the Taiwan Strait.

In response, Taiwan’s government established an agency to revamp its reserve forces. It has also staged exercises, which it hopes will deter Beijing from contemplating an invasion. Defence analysts have long questioned Taiwan’s ability to resist a Chinese attack. Even Taiwanese soldiers and Conservatives have themselves expressed concerns about training and readiness to counter China’s muscle power.

US follows strategic ambiguity where, officially, the US government abides by a ” One China Policy” that recognizes the People’s Republic of China as the country’s only legitimate government, at the same time acknowledges but doesn’t endorse -Beijing’s claim over Taiwan. Since 1979, the US policy towards the defence of Taiwan has been governed by the Taiwan Relation Act, which holds that any attempt to determine Taiwan’s political future through anything other than peaceful means constitutes a threat to American interests. This act commits the U.S to sell strategic weapons to Taiwan for self-defence but is conspicuously silent on whether the U.S. is obliged to defend Taiwan in an event of an attack. For decades, Washington has strategically avoided making any commitment, in the hope that uncertainty about its posture will prevent further escalation of conflict between two children of the same parent.

Given the economic “complex interdependence” between Beijing and Taipei, to the magnitude that mainland China is Taiwan’s largest trading partner, and china has an annual trade deficit of around $80 bn to $130 with Taiwan. It means that though the economic relationship is a two-way process, the trade deficit is in china’s favour. More so, investment from Taiwan to mainland china was in the tune of around $200 billion by 2021, whereas investment from china to Taiwan is hovering around $2.5 billion. Moreover, the Taiwanese flourishing semiconductor industry is a big source of income for china, as most of the semiconductor being sold to China is used for making final products. Neither China nor Taipei would like to depart from the present relationship, otherwise, it can turn from a win-win situation to a lose-lose situation.

Hence, Joesph Nye and Robert Keohane’s argument of “complex interdependence” is very pertinent to understanding and predicting the future of these two “so-called” neighbours. The interdependence is so deepened that neither Beijing nor Taipei would like to linger in the conflict further. The best way to resolve ongoing conflict is that both should come to the negotiating table and douse the unpleasant fire, either mutually or with the help of third actors.