Turkish Pragmatism toward NATO, the United States and Russia 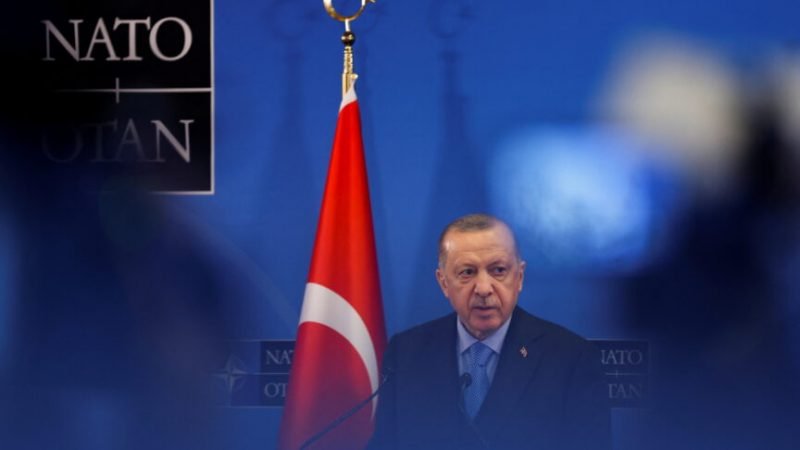 Turkey was the key country during the middle age and the modern age of geo-strategic history that demolished and built new roads for superpowers’ strategic interests. The geo-strategic location of Turkey attracted the Roman, Byzantine, Russian, and British Empires in different time periods because it was the only country that connected Europe, Asia, and Africa through land and sea routes other than the communication and business channels of the sea routes controlled by the Ottoman Empire from the 14th to the 17th century. In 1945, the Yalta Conference decided the future of Eastern Europe and the winners of the Second World War, especially the Soviet Union and France, Britain, and the United States, who later created the roadmap of the cold war.

In light of Turkey’s deal with NATO and Russia after 2008 and its impact on NATO’s uniformity based on decision-making and transformation in Mediterranean and Black Sea’s geopolitical grounds, the importance of Articles Five and Six, which mention the process and the details of collective security, in spite of that Article Four emphasizes the terms and condition of consultation for building consensus among member states In 2005, the eight measures to support the United States were accepted by the Member States of NATO.

Relations between Russia and Turkey have improved under the Putin era. Strategically, they have supported each other. Turkey’s support for Russia has stood on many occasions since 2014, Russia voted against sanctions on the Iranian nuclear program. Ankara condemned Crimea’s annexation by Russia but they voted against the Western proposal of the international sanctions on Russia, meanwhile Turkey balanced its own position such as Ankara’s trade and bilateral relationships are equally important for Russia and Ukraine both countries. Ukraine and the sanctions-heavy fallout with the West have sent out a volley of stray bullets that nations around the world are actively trying to dodge to balance while relations between the US-led West and Russia may seem close to impossible, they are not it has stopped some countries from trying. India is one such country that has demonstrated, that it is possible to keep relations with Russia without taking a stray bullet from the West, but it is not possible for the only country maintain a tight balance and staying out of the ballistic trajectory of both sides. Turkey is also playing “positive neutral”, albeit in its own way. Unlike India, Turkey is also closer to the West, in that it is a NATO member and faces even stronger obligations to walk with the lead. But so far it has been against the West’s opportunities far too interestingly. And unpredictably revealing Putin’s calculated trade-off, most recently, Ankara has accused Western countries are seeking a prolonged war in Ukraine to weaken Russia and even Turkey. When, the United States puts pressure on members of NATO in 2022, after the start of the Ukraine-Russia War. As per the article, five of the NATO described the importance of collectivism in NATO as an alliance to support strategic missions and as a security organization, but Turkey has emerged as a mediator between Ukraine and Russia.

The beginning of a common diplomatic relationship between Turkey and the United States created a closer outlook for the founding members of the modern democratic Secular Turkey in 1927. During the Second World War, Turkey supported the Allies. However, following 1945, the changing geopolitical positions of the Soviet Union in the context of East Europe and the Caucasus region, as well as Stalin’s strategy to actively support and promote ideological expansion through regime change and creating an internal political order that supports the aims of the International Agenda of the USSR for example, after the second war, there were both superpowers involved in creating domination in the region. For example, the USSR demanded to establish military bases in the Turkish Straits. Similarly, the United States and its European Allies took a big step through the enactment of containment policies, such as the formation of NATO and the Truman Doctrine in 1947. The Truman Doctrine announced officially that the United States would ensure the security of Turkey and Greece equally, along with both countries’ achieving military and economic assistance from the United States under the Marshal Plan Program. The strategic partnership between the United States and Turkey has not changed much from 1952 to 2000, despite the difference in the United States always condemning military coups in Turkey as an internal policy to support Secular and Democratic values of Turkey, and the policies of Greece, Cyprus, and Kurdish policy of the United States have historically become problematic for Turkish national interests.

Turkish foreign policy has changed since the emergence of Erdogan in Turkish national politics behavior has also shifted from an alliance/west-oriented to a pragmatic strategic approach. Selective is shown in Gulf War II when the Turkish parliament passed a condemnation proposal to Bush’s declaration of the Iraq intervention, at the same period time when Turkey was bound by NATO’s proposal of commitment as a strategic member Ankara permitted the use of the southern air bases for NATO troops during Iraq intervention in 2003. The Syrian Civil War also provided a platform for both countries, however, as NATO members, Washington and Ankara were not sharing the benefits of strategic cooperation due to diversified interests and after 2016, Turkey and Russia joined hands for the Syrian crisis resolution. The Trump Administration avoided continuing the legacy of the Obama Administration in the context of the Turkish insurgency against Kurdish separatist groups in 2016, in spite of the Trump Administration.

Turkey has a good relationship with Kyiv and Russia. Ankara has smartly balanced its own position in between, including the independent aspiration to become a geopolitical power of the Eurasian region under the background of complexity first and foremost, geo-strategically, Ankara considers the annexation of Crimea to be a diplomatic victory, for instance, the UN international sanction proposal introduced by the west against Russia, in which  Turkey voted against the proposal in 2014, but Turkey, as a NATO member state, did not accept the strategic collectivism commitment because Turkey was the largest trade partner country at the time, it surpassed Russia as the largest trade-sanctioned country. Turkey is a special bilateral trade partner for Russia as per the 2021 estimate of $32.5 billion in trade and the tourism sector also. Similarly, under defence diplomacy, drones and small arms were exported by Ankara to Kyiv in the 2014 and 2022 wars, but Erdogan did not accept the West’s request to block the sea routes and air space for Russia during the ongoing wars.

The main challenge that emerged in 2014 for Turkish regional and global objectives under the multipolar international order is that offered sufficient space to Ankara to build a few sets of realistic bargaining tactics and interests under the use of strategic selection that was upgraded during the Ukraine-Russia war in which Turkey has fully emerged as a global mediator between Russia and the West by 2022, despite this, Turkey was a NATO member prior to the start of the war. Turkey has It also needs to manage its strategic relationship with Moscow but to some extent, in the Black sea, Turkey has recognized that political stability is desired by them mutually. And peace in West Asia and the Caucasus, as well as an alternative power to balance Strategically, the United States cannot exist without Russia, as Ankara and Moscow are strategic partners under the cooperation-confrontation based situational conditions of the regional conflict, such as in the Syrian crisis and the Armenian civil war.

The following factors have influenced both countries: first, the Russian economic elite have viewed Turkey as an appreciated economic partner, which has helped with the revival of the 2014 international sanction. J.Malsin pointed out that after the invasion of Ukraine, there has been an increase in Russians buying property in Turkey, including some who have invested more than $250,000 each to obtain a Turkish passport. Second, Ankara has seen the Ukraine crisis in the context of getting opportunities for multiple investments by the European countries to develop an energy transition hub in Turkey rapidly if they reduce the export of energy dependency from Russia in the future. Third, the fear of NATO membership expansion in Europe may have a negative impact on the aspirations of permanent military alliances, particularly in West Asia and the Caucasus region, which will increase insecurity for Turkey’s national interest. Fourth, the increasing expectation of Turkish from the west and east, particularly China and Russia, have demonstrated their bargaining power when Turkey has played well-calculated geopolitical cards through conflict resolution mechanisms as well as a prominent threat perception of military intervention, if the United States led NATO might be look forwarded towards Ukraine through direct participation in the war.

Usually, as a NATO member state, Turkey opposed Finland and Sweden’s early membership request due to their Kurdish policies against Turkey’s internal security issues, but indirectly, Ankara demonstrated a soft approach towards Russia, because no other country among the 30 states raised its voice against the membership of Finland and Sweden. The United States got success through the convenience of Turkey by accepting the proposal of NATO membership recently, As a result, the North Atlantic Treaty Organization’s number of member countries has reached 32, which means NATO’s military is now stationed near the Russian border, which is also causing concern and question marks over Putin’s demands from the United States to stop the Eastward expansion of the NATO.