Problems in the UNSC and a Path Towards Reformation 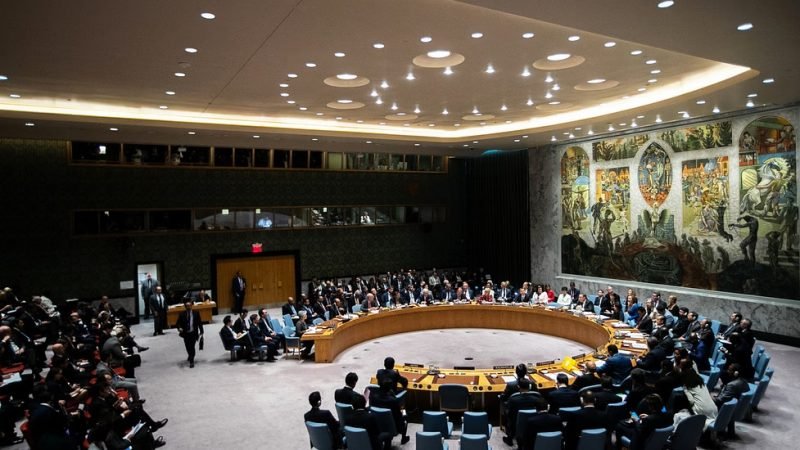 The United Nations began with the goal of ensuring global peace and security. Its success in doing so is a matter of debate. Each of the six organs in the UN has its objectives, achievements and shortcomings. However, I wish to discuss one organ in-depth: The United Nations Security Council (UNSC), the most contentious UN body. The Security Council is at the root of many controversies involving the UN. It is important to acknowledge that it has some fundamental problems that, in many ways, go against the principles of the UN. Through this piece, I will explain the problems with the UNSC, its conflict with the UN General Assembly (UNGA), and some solutions for reforming the organ.

The UNSC and Its Challenges

Articles 12 and 14 of the UN charter give the UNSC more power to take practical action against a dispute while the UNGA can only make recommendations subject to requests by the UNSC. This gives the Security Council an unfair advantage as there is a lesser representation of the rest of the world (especially developing economies) in the UNSC as opposed to the UNGA. As countries are underrepresented, this allows the P5 nations namely- France, the United Kingdom, Russia, China and the United States to take all the major decisions.

This piece would not be a critique of the UNSC if it did not mention the veto power of the P5 nations. Although this point has extensively been discussed on the world stage, significant reforms are yet to happen. The veto power has existed since the inception of the UNSC but is particularly contentious now due to rising tensions between the United States and China in the 21st-century great power competition. With both these nations being virtually invincible on the international forefront, one always opposes another. If this continues, there won’t be any growth as both nations try to one-up each other.

Tensions between nations in the UN are not just restricted to the P5 countries. There are blocs such as the G4 (Japan, India, Brazil and Germany) supporting each other’s claim to become permanent members of the UNSC, while the Uniting for Consensus group, consisting of nations hostile towards the G4 opposes the latter’s agenda. Moreover, the world has also seen a rise in the establishment of plurilateral and regional groupings, like ASEAN, SAARC, BRICS, the G20 and more recently, the QUAD and AUKUS over the COVID-19 pandemic era. Countries now seem to be losing faith in the UNSC, as they have more autonomy within their plurilateral groups. The highly restrictive sharing of power in the Security Council has led to multiple nations switching to other forms of diplomatic groupings.

The P5 here has the advantage of perpetual membership in the UNSC, but non-permanent members are elected every two years on a rotational basis. The issue here lies in the term limit. The point here is that the significant threats that the world faces such as climate change, nuclear deterrence, terrorism and pandemics to name a few, are all problems that the world will face in the long run. As the UNSC makes itself to be the core organ that works toward these issues, the nations at these seats need more time to discuss these issues and make their contributions. Quick changes in non-permanent membership could lead to instability as different nations with varying interests are inducted every two short years. When non-permanent members have more time in the council, their ideas are better expressed.

The UNSC and UNGA are both closely linked organs of the UN. But the provisions of Articles 12 and 14, have made the UNSC more powerful despite having limited global representation. This has led to contention between both bodies. With the power of veto, the P5 can influence any major decision. Although the GA has the power to intervene when there is a lack of consensus in the UNSC by enforcing Resolution 377, the P5 nations, particularly the US, engage in vote-buying by promising financial assistance to countries in return for support at the UN. A way of preventing this and improving coordination between the UNSC and UNGA is for nations for specific blocs to come together and act in the interests of their region. Instead of looking at it from an individual nation’s perspective, UN members representing each other’s interests through their blocs will also have more collective power. This also gives developing/emerging economies of the world a chance to represent their respective blocs in opposing any malpractice in the UN.

The veto power of the P5 nations leads to many other underlying problems, such as a lack of consensus in the committee and the P5 taking all the decisions on behalf of the entire council. Although there have been attempts at reforms, things remain the same. It is especially important to address this issue now due to the continued rise of the emerging economies of the world. While the P5 nations are still powerful, countries within the G4 are experiencing economic growth despite the COVID-19 pandemic.

For instance, India’s GDP increased to 20.1% in the first quarter of FY22. The outcome of the G4 meeting in 2021 was its members reaffirming their support for each other, as the group slowly regains traction. The solution to preventing further conflict is to introduce a ‘conditional veto’ for the P5 nations. This will allow for a member vetoing an idea to change specific parts of a resolution if they wish so while the core aspects of the document are voted upon lawfully so that no P5 nation holds absolute power, and the time-consuming process of invoking Resolution 377 can be avoided.

Although the permanence of membership in the UNSC is a topic that has been debated, another aspect requiring reform is the duration of the presidency in the UNSC. This is particularly important now as India is a non-permanent member. For instance, the US withdrawal from Afghanistan has stirred a great uproar in the international sphere. At the time, India was the president of the UNSC and adopted Resolution 2593 calling for the Taliban not to use Afghan territory to threaten nations and to organize the safe departure of Afghans and foreign nationals from Afghanistan. This situation is of great importance to India’s national interests as Afghanistan is an important regional partner.

With the rise of plurilateral groups in the late 20th and 21st centuries, independent nation-states are taking affairs into their own hands. While this may seemingly help these nations work outside the bureaucratic influence of the UN, the one multilateral organization that the world has is losing its value. The United Nations is and will further lose its influence for as long as countries resort to regional and plurilateral groupings. That is why UN reforms are the need of the hour.

The world needs an organization that is truly global with each nation having equal value and not just one which caters to the interests of the great powers. Although this essay was predominantly focused on the reforms of the UNSC, the entire system needs a thorough change.  That will only happen when the P5 and other great powers don’t exploit their influence. With the UNGA session for 2021 and other meetings with the USA, Australia, Japan and the G4 that India attends, the nation and the world wait to see the extent to which things will change for the better, or otherwise. Finally, it is time to go back to the true purpose of the UN: to create a world where the interest of every nation is well-regarded and to ensure the equal importance of all its member states.

Aakrith Harikumar is a second-year undergraduate student at the Jindal School of International Affairs.