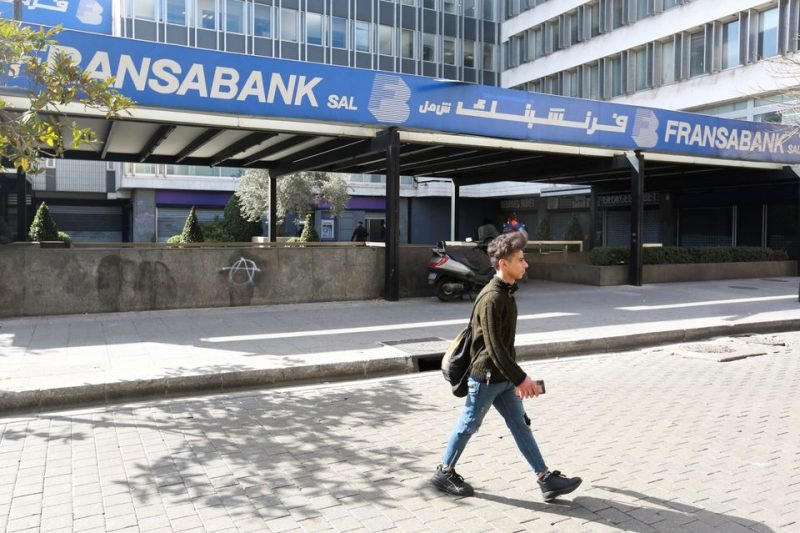 The International Monetary Fund (IMF) said on Thursday it had reached a draft funding agreement with Lebanon – but that Beirut needed to enact a batch of economic reforms first before its board decided whether to approve the deal.

An IMF deal is widely seen as vital for Lebanon to begin recovery from an economic meltdown that has devastated the country since 2019, locking savers out of their deposits, sinking the currency, and causing poverty to soar, in the country’s worst crisis since its 1975-90 civil war.

Thursday’s staff-level agreement covers a 46-month extended fund facility, under which Lebanon has requested access to the equivalent of around $3 billion, the IMF said in a statement.

But it is dependent on Beirut enacting reforms that include steps its ruling politicians have failed to deliver since the crisis erupted, such as addressing how to allocate losses from a government-estimated $70 billion hole in the financial system.

While Lebanese leaders hailed the preliminary agreement and said they were ready to make it a success, some analysts doubted whether politicians could deliver after more than two years of inaction.

Legislative elections are scheduled for May 15, after which a new government will need to be formed – a process that typically takes many months in Lebanon – potentially another complication to implementing the agreement.

Lebanese authorities had agreed, prior to the IMF board considering whether to approve the deal, to complete eight reform measures, the fund said.

These include a plan to address the huge losses in the financial system, which collapsed in 2019 due to massive public debts racked up by decades of corruption and waste.

Cabinet must approve a banking restructuring strategy that “recognizes and addresses up front the large losses in the sector, while protecting small depositors and limiting recourse to public resources”, the fund said.

Cabinet must also approve a “fiscal and debt restructuring strategy, which is needed to restore debt sustainability”. Lebanon defaulted on its sovereign debt, including $31 billion in dollar bonds, in March 2020.

Other measures to be delivered included parliamentary approval of a reformed banking secrecy law, completion of an audit of the central bank’s foreign asset position and “initiation of an externally assisted bank-by-bank evaluation for the 14 largest banks”.

The statement set no timeline for agreeing to a programme, noting “authorities understand the need to initiate the reforms as soon as possible.”

President Michel Aoun and Prime Minister Najib Mikati affirmed their “close cooperation, in collaboration with the parliament, to ensure fast implementation of the measures,” a tweet from the presidency’s account said.

Parliament Speaker Nabih Berri said the legislature was ready to work “with great seriousness” to make the programme succeed. Still, Mikati in February said agreeing to an economic recovery plan “is a difficult process, a Kamikaze operation,” and disagreements persist between main stakeholders, including commercial banks, the central bank and the government.

Toufic Gaspard, a former advisor at the IMF and the Lebanese finance ministry, said even if half the reforms were implemented “it would be music to the ears of Lebanese”.

But he added the measures would “constitute a major source of worry for authorities because they have to implement many reforms even before submission to the IMF board.

“This is a major political challenge, and the long list of substantial reforms to be implemented even before submission to the board rightly reflects a lack of confidence in the authorities,” he said.

The IMF statement said the facility would also depend on enactment of economic reforms aimed at restoring financial sustainability, strengthening governance and transparency and removing impediments to job-creating growth.

These would include unification by the central bank of exchange rates, of which there are currently several, “for authorized current account transactions, which is critical for boosting economic activity… and will be supported by the implementation of formal capital controls.”

Alongside its financial meltdown, Lebanon has faced political paralysis and a diplomatic crisis in ties with Gulf Arab states – formerly major donors to Lebanon – over their opposition to Iran-backed Hezbollah’s influence in Beirut.