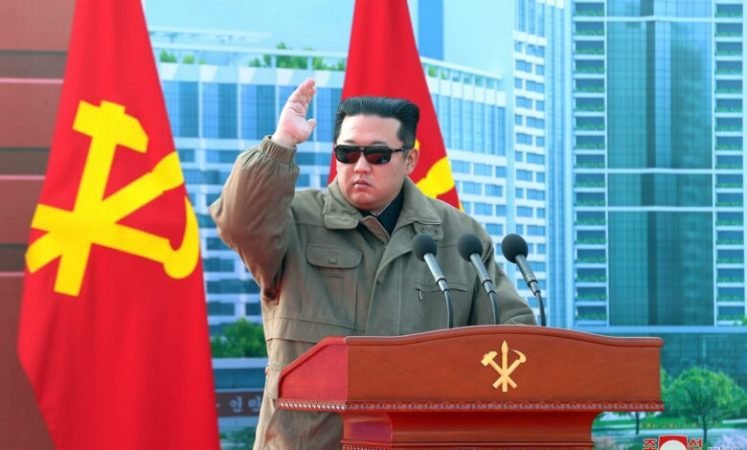 Commercial satellite imagery shows construction at North Korea’s nuclear testing site for the first time since it was closed in 2018, U.S.-based analysts said on Tuesday, adding to concerns the country could resume testing major weapons.

Images captured by satellite on Friday showed very early signs of activity at the Punggye-ri site, including construction of a new building, repair of another building, and what is possibly some lumber and sawdust, specialists at the California-based James Martin Center for Nonproliferation Studies (CNS) said in a report.

“The construction and repair work indicate that North Korea has made some decision about the status of the test site,” the report said.

North Korea tested a record number of missiles in January, including its largest weapon since 2017, and appears to be preparing to launch a spy satellite.

Punggye-ri has been shuttered since North Korea declared a self-imposed moratorium on nuclear weapons tests in 2018. Leader Kim Jong Un, however, has said he no longer feels bound by that moratorium with denuclearisation talks stalled since 2019.

At the time, North Korea said it was closing the site’s tunnels with explosions, blocking its entrances, and removing all observation facilities, research buildings and security posts. It invited a handful of foreign media to observe the demolition, but refused to allow international inspectors, leading to speculation the facilities could be restored.

In South Korea, where voters will elect a new president on Wednesday, the National Security Council said on Sunday it was paying particularly close attention to Yongbyon and Punggye-ri, without elaborating.

The CNS analysts said the changes at Punggye-ri occurred only in the past few days, and it is still difficult to conclude what precisely is being built or why.

“One possibility is that North Korea plans to bring the test site back to a state of readiness to resume nuclear explosive testing,” the report said.

The CNS analysts cautioned the test site is many months, if not years, from being ready for new nuclear explosions.

“How long it would take North Korea to resume explosive testing at the site depends on the extent of the damage to the tunnels themselves, something we do not know with confidence,” they wrote in the report. “It is also possible that North Korea will resume nuclear testing at another location.”

Punggye-ri is North Korea’s only known nuclear test site. It conducted six nuclear weapons tests in tunnels at the site from 2006 to 2017. North Korea’s last and largest nuclear test appeared to trigger geological instability that has since caused multiple small earthquakes, but analysts and U.S. intelligence officials have said the site could likely be used again.

“However, we have been very clear on the threat posed by the Democratic People’s Republic of Korea (DPRK) missile programs, and our commitment to the defence of the ROK, Japan, and the U.S. homeland, and our commitment to uphold regional peace and stability,” he said, using the initials of the official names of North and South Korea.

The United States says it is open to talks without preconditions, but North Korea says Washington and its allies must first stop their “hostile policies.”