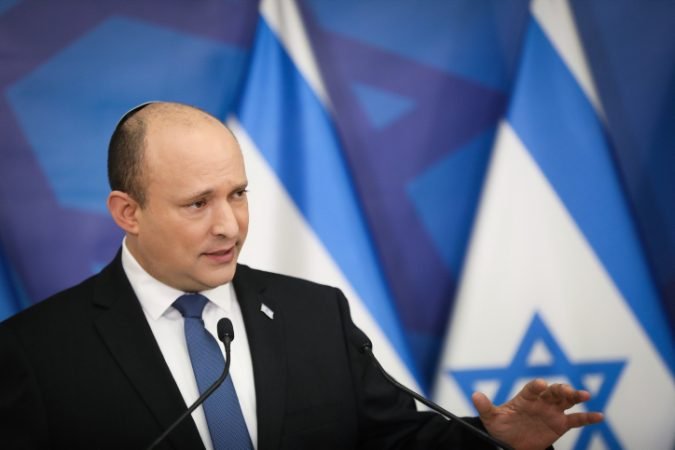 Israeli Prime Minister Naftali Bennett has laid out an expanded Israeli strategy to confront Iran that appears to move beyond a potential military strike against the Islamic republic’s nuclear facilities.

Mr. Bennett appeared to be guided not only by concern about the fallout of a unilateral Israeli action but also seemingly mounting fears in Tehran that economic hardship could spark a social explosion.

“Bennett’s new approach is to take action gradually in an attempt to exhaust Iran’s power, wear it down and weaken the violent energy it is sending to its offshoots in the Middle East,” said Haaretz journalist Jonathan Lis.

The expanded strategy is likely rooted, at least partially, in the notion that harsh US sanctions have deepened Iran’s economic woes but that these are also the result of gross economic mismanagement, rampant corruption, and the cost of supporting Iranian intervention in Syria and militias in Lebanon, Iraq, and Yemen. Iran hopes that lifting US sanctions as part of an agreement in Vienna would alleviate its economic problems.

Israel’s strategy appeared until now to centre on a possible military strike against Iranian nuclear facilities for which Israel’s armed forces are preparing.

Military analysts have questioned how effective an Israeli strike might be in destroying Iran’s nuclear capability. Moreover, Israel could face severe international criticism, including by the United States, if it were to strike unilaterally once the Vienna talks succeed in reviving the nuclear accord.

Mr. Bennett last month reiterated that Israel would not be bound by any nuclear deal with Iran and would continue to consider itself free to act “with no constraints” if necessary.

At the same time, the Israeli prime minister warned participants in the 2022 Davos World Economic Forum that “investing in Iran is not a sound investment whether there is a deal or not a deal… Their economy is tanking. The rial is depreciating. They are so incompetent that they are not able to get water to faucets in huge swaths of land, for example, in the Isfahan area,” Mr. Bennett said.

The notion that a war of attrition could wear Iran down may have gained currency with the leaking of a seven-page summary of a meeting in November. In the meeting, senior commanders of the Islamic Revolutionary Guard Corps warned that Iranian society was, in the words of a Mr. Mohammadi, identified as an official of the Guards’ intelligence wing, in a “state of explosion.”

The seriousness of the warning was highlighted by the fact that the meeting was reportedly convened by the Guards’ ‘Working Group on the Prevention of a Livelihood-Based Security Crisis.’

Mr. Mohammadi argued that soaring inflation; hikes in the price of food, energy, and cars; and declining stock prices had “shaken public trust” in the government of President Ebrahim Raisi only months after it came to office.

Shareholders last month staged a protest in front of the Istanbul stock exchange denouncing Mr. Raisi as a “liar,’ and chanting “Death to this deceitful government.”

An Iranian legal and economic consultant said that millions of small investors had recently sustained substantial losses on the Iranian stock market.

“They’ve seen a substantial portion of their savings wiped out… When you get the shopkeeper on the corner talking about the stock market, you know you’re in an advanced stage of a bubble. So people are moving assets offshore and buying property abroad,” he said. Iranians are among the top buyers of residential real estate in neighbouring Turkey.

The adviser said the Iranian government’s proposed budget for the next year was fuelling the unrest. The budget significantly increases expenditure on the Guards and the military at the expense of social spending. Moreover, a ten per cent rise in government salaries would fall far below Iran’s rampant inflation estimated a 40 per cent.

According to the leaked document, a Colonel Kaviani told the Guards’ meeting that real inflation ranged from 86 to 268 per cent.

Some Iranian officials have suggested that a series of recent cyberattacks targeting airlines, railways, gas stations, universities, and Iran’s state broadcaster is part of an Israeli effort to capitalise on and fuel widespread discontent.

Others said the attack on state-run Iranian television and radio might not have been launched by Israel but be an effort by Iranian hardliners to undermine the position of the broadcaster’s director-general, Peyman Jebelli, who they accuse of being insufficiently conservative. Either way, the attack and potentially other cyber incidents would serve Israel’s purpose even if the Jewish state was not directly responsible.

Analysts said the attacks constituted an expansion of Israel’s targeting of Iranian military and nuclear sites toward a more full-fledged cyberwar on civilian infrastructure as well as an escalating information war.

In a seeming response, a cyber group operated by Hezbollah, the Iranian-backed militia in Lebanon, hacked companies in Israel, Palestine, the United Arab Emirates, Saudi Arabia, Jordan, Egypt, the United States, and Britain, according to ClearSky, a cybersecurity company. Iran is also believed to have targeted Israel’s water system, a hospital, and an LGBTQ dating site.

“Given that Iran’s nuclear facilities have spread all over the country and attacking the program has become much more complicated, Israel has adopted a new approach — conducting massive cyberattacks…to foment nationwide riots with the objective of toppling the regime or keeping the rulers busy with day-to-day, endless riots,” said Maysam Behravesh, a former foreign policy advisor for Iran’s Ministry of Intelligence and Security.

Mr. Behravesh argued that the cyberattacks were not instead of an Israeli attack but buying time in advance of a strike.

“This change of pattern by the Israelis to hit civilian targets is a pre-strike stage, meaning they’re giving this one last chance before resorting to a full-scale military operation against Iranian nuclear facilities,” he said.

In an apparent escalation of the information war, the BBC last week disclosed a suspected Iranian network on Facebook aimed at nationalist and ultra-religious Jews in an attempt to stoke division and inflame tensions with Palestinians.

The United States and Saudi Arabia have, in the past separately, tried without success to provoke widespread unrest in Iran by supporting dissident ethnic groups.

A Danish district court last week convicted three members of an Iranian Arab opposition group on charges of financing and supporting terrorist activity in Iran in collaboration with Saudi Arabian intelligence services as well as espionage.

Last year, a Danish court upheld a seven-year sentence given to a Norwegian citizen of Iranian origin for spying and collaboration in a failed plot to kill one of the Iranian Arabs sentenced last week.

The notion that an escalating cyberwar could escalate beyond Israel and Iran as it apparently did with the Hezbollah attacks on companies across the region and beyond was but one reason for authorities in numerous countries to step up joint exercises focussed on cyberattacks from a wide variety of state-sponsored and criminal entities, of which Iran is only one, and not necessarily the most important one.

Israel’s Joint Cyber Defense Division and the US Cyber Command organised their sixth joint drill in a year in December. Israel led a 10-country simulation of a major cyberattack on the global financial system at about the same time.

Participants included treasury officials from Israel, the United States, the UK, the UAE, Austria, Switzerland, Germany, Italy, the Netherlands, and Thailand, as well as representatives from the International Monetary Fund, World Bank, and Bank of International Settlements.

Yigal Una, head of Israel’s National Cyber Directorate, said that in “the end we know everyone who’s behind (an attack) and we remember, and we can get even… We don’t feel for one second that we don’t have the upper hand.”