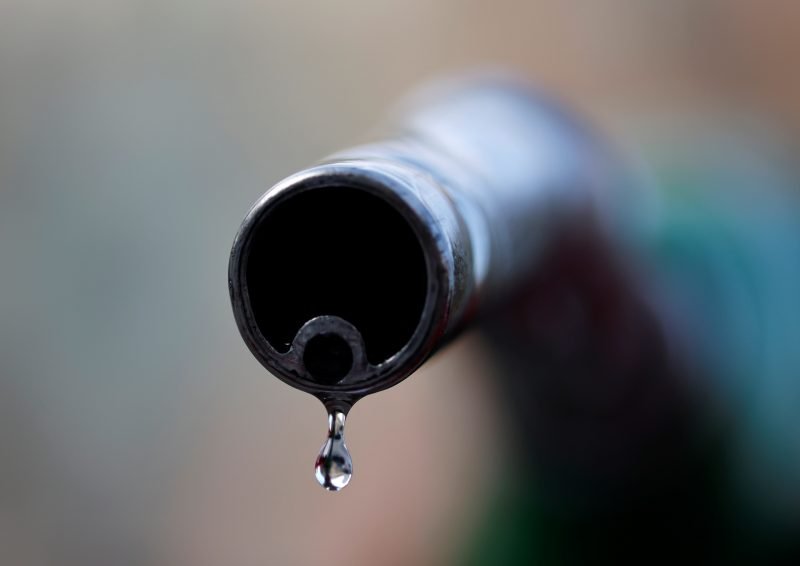 FILE PHOTO: A drop of diesel is seen at the tip of a nozzle in a petrol station in Nice, France, October 20, 2021. REUTERS/Eric Gaillard
PDF Button

Global supplies of diesel are dwindling as refiners struggle to keep pace with rapid post-pandemic demand recovery, exacerbating an acute global energy shortage which has already sent the prices of gas, coal and crude oil soaring.

At a time when global central banks are fretting over inflation rates not seen for decades, diesel shortages would push up fuel and transportation costs further and add more upward pressure on retail prices.

The U.S. and Asian diesel imports on which Europe relies have been limited in recent weeks due to higher domestic consumption for manufacturing and road fuel purposes.

Regional stocks were at their lowest level for this time of year since 2008, according to the data, while Singapore’s onshore inventories of middle distillates also sank to multi-year lows of 8.21 million barrels.

“A repeat of that is not our base case, but it is notable that diesel prices have been tracking the 2007-08 period closely in recent months,” they said, adding that they expected crude prices to reach $100/bbl in the second half of this year.

Last week, a winter storm tested fuel availability in the U.S. with some utilities preparing to use more distillate fuel oil to meet demand, while South Korea and India have been unable to fill a supply gap left by China’s recent clampdown on refined product exports due to their own domestic needs.

Tight supply has pushed Asian diesel prices for the benchmark 10ppm gasoil to their highest since Sept. 2014.

Refiners generally respond to high margins and low inventories by ramping up output. But the global oil refining complex is under strain, with capacity falling for the first time in 30 years last year as closures outweighed new additions, the International Energy Agency said last month.

Increasing diesel output would also require faster than normal crude processing rates at refineries, with downstream equipment configured to maximise middle distillate yields at the expense of light ones.

Instead, a number of refineries – particularly in the U.S. – are still running plants at rates below the five-year average to avoid producing too much jet fuel, where demand still lags 2019 levels, leaving companies struggling to identify a clear way to restock diesel inventories in the short term.

“Given the pressure from investors to reduce investments in fossil fuels and talk of peak oil demand, this backdrop likely reduces the incentive to invest in new refining capacity,” UBS analyst Giovanni Staunovo said.

“With fuel demand likely to increase in the next 10–15 years, and supply unable to keep pace, I would expect more (fuel price) volatility in the future,” he added.

Tightening European supplies pushed the region’s six-month diesel spread to more than $100 a tonne on Monday, its widest backwardation on record.

Backwardation means that prompt prices are higher than future contract prices, reflecting near-term demand that encourages traders to release oil from storage to sell it.

Nonetheless, preliminary diesel and gasoil flows into Europe from east of Suez, Russia, the Baltics and the U.S. this month are currently at 1.66 million tonnes, revised down from previous expectations of 1.83 million tonnes, according to Refinitiv data, and compared to 4.6 million tonnes in January.