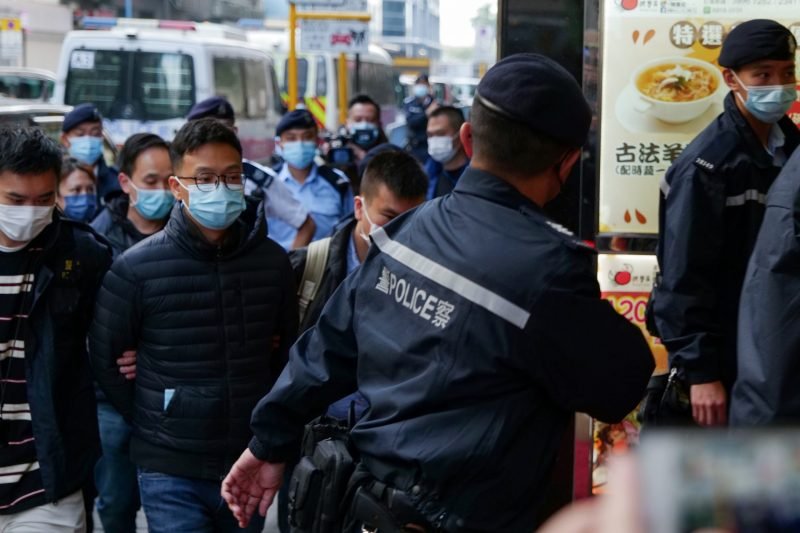 Suppression of Hong Kong’s local press has increased in the wake of huge and often violent democracy protests two years ago and the subsequent imposition of a sweeping national security law.

Shortly before dawn, Stand News had broadcast live on Facebook that national security police were outside the door of deputy assignment editor Ronson Chan.

In the brief video, officers were seen telling Chan they had a warrant to investigate charges of “conspiracy to publish seditious publication” — under a British colonial-era law.

Chan’s home was searched, but he was not arrested.

Stand News is the second Hong Kong media company targeted by the authorities after Apple Daily, which shut down in June after its assets were frozen under the national security law.

The city has long served as a regional media hub, though it has tumbled down press freedom rankings in recent years as Beijing asserts greater control over the city.

Exiled activist Nathan Law tweeted the arrests illustrated the persecution by the authorities of journalists and media that “dare to challenge them and speak the truth”.

Sunny Cheung, a prominent campaigner currently seeking asylum in the United States, said Beijing was eradicating all room for opposition.