U.S. ambassador to Solomons warns of aid that goes to ‘one bank account’ 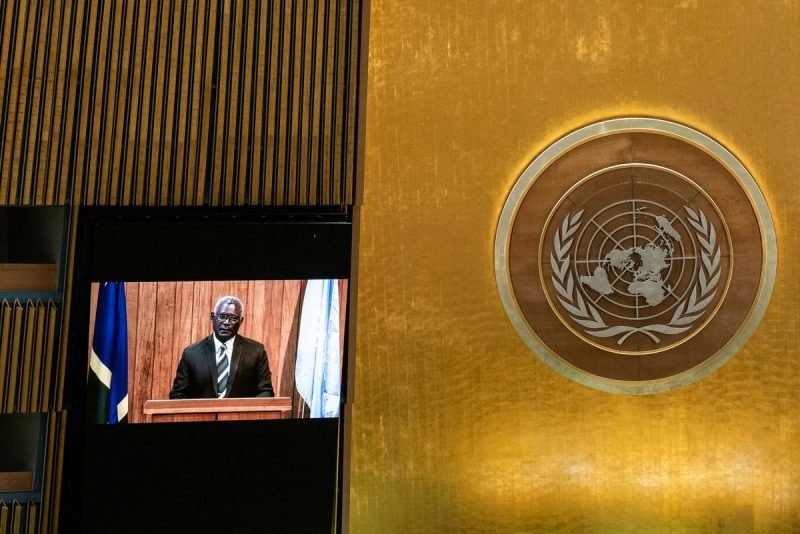 The U.S. ambassador to the Solomon Islands has warned Pacific Islands against “aid that benefits one person, one party and one bank account” – remarks that come after the Solomons were beset with riots last month blamed in part on discontent with China.

Solomon Islands Prime Minister Manasseh Sogavare was accused last week by the leader of the opposition in parliament of using money from a national development fund that comes from China to prop up his political strength. He has rejected graft allegations.

Sogavare has blamed foreign powers that opposed his 2019 decision to switch diplomatic recognition from Taiwan to China for influencing anti-government protesters from Malaita province.

Under-developed Malaita has been historically at odds with Guadalcanal province, where the national government is based, and opposed the 2019 switch of ties. It has banned Chinese construction and companies, and in 2020 accepted a $25 million U.S. Aid program.

Malaita protesters last month sparked riots by residents of the capital Honiara, where there is discontent over foreign companies failing to provide local jobs. Large sections of Chinatown burnt down.

In her first public comments on the riots, U.S. ambassador to Papua New Guinea, Solomon Islands and Vanuatu, Erin McKee said in a statement that the loss of life and destruction of property in Honiara was tragic and “should not have happened”.

McKee said the U.S. aid project resulted from an exchange of letters between Sogavare and then U.S. vice president Mike Pence, and aid and defence officials travelled to the Solomon Islands in August 2019.

Solomon Islands broke relations with Taiwan and recognised China the next month. Delays to the U.S. project occurred after the switch. It has since commenced operations although the entry of U.S. Peace Corps volunteers is still being negotiated.

U.S. aid contractors worked in partnership with communities so they could build local infrastructure such as roads and maintain it “without outside help”, the statement said.

“Do you want aid that benefits one person, one party, and one bank account? Or do you want assistance that empowers entire families, strengthens entire communities, and enriches entire nations?” she said.

“As democratic and independent states, you have a choice of who to partner with. And I believe that the choice is obvious.”

The Chinese embassy, which opened in Honiara in September last year, said on its website hundreds of Chinese families were left homeless by the riots.

“Any attempt to sabotage the relationship is doomed to failure,” it added.

Over 200 police and soldiers from Australia, New Zealand, Papua New Guinea and Fiji are in Honiara at the request of Sogavare to maintain order.