The curious case of a map and a disappearing Taiwan minister at U.S. democracy summit 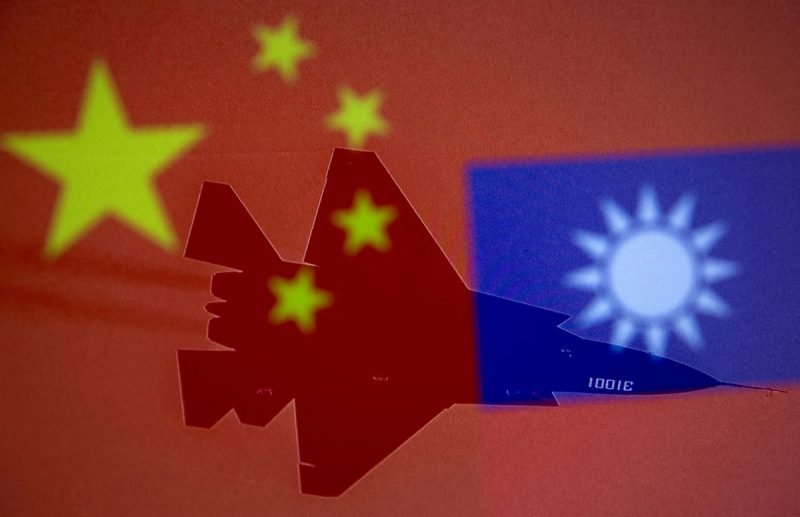 A video feed of a Taiwanese minister was cut during U.S. President Joe Biden’s Summit for Democracy last week after a map in her slide presentation showed Taiwan in a different color to China, which claims the island as its own.

Sources familiar with the matter told Reuters that Friday’s slide show by Taiwanese Digital Minister Audrey Tang caused consternation among U.S. officials after the map appeared in her video feed for about a minute.

The sources, who did not want to be identified due to the sensitivity of the matter, said the video feed showing Tang was cut during a panel discussion and replaced with audio only – at the behest of the White House.

The White House was concerned that differentiating Taiwan and China on a map in a U.S.-hosted conference – to which Taiwan had been invited in a show of support at a time when it is under intense pressure from Beijing – could be seen as being at odds with Washington’s “one-China” policy, which avoids taking a position as to whether Taiwan is part of China, the sources said.

The State Department said “confusion” over screen-sharing resulted in Tang’s video feed being dropped, calling it “an honest mistake.”

Most of Asia was shown, with Taiwan colored green, making it the only regional entity portrayed as “open,” while all the others, including several U.S. allies and partners, were labeled as being “closed,” “repressed,” “obstructed” or “narrowed.”

When the moderator returned to Tang a few minutes later, there was no video of her, just audio, and a screenshot captioned: “Minister Audrey Tang Taiwan.” An onscreen disclaimer later declared: “Any opinions expressed by individuals on this panel are those of the individual, and do not necessarily reflect the views of the United States government.”

Washington complained to Taiwan’s government, which in turn was angry that Tang’s video had been cut.

The source called the U.S. move an over-reaction as the map was not inherently about national boundaries, but the NSC was also angry as the slide had not appeared in “dry-run” versions of the presentation before the summit, raising questions as to whether there was intentional messaging by Tang and Taiwan.

“They choked,” the source said of the White House reaction.

A second source directly involved in the summit said the video booth operator acted on White House instructions. “It was clearly policy concerns,” the source said, adding: “This was completely an internal overreaction.”

The sources saw the move during a panel on “countering digital authoritarianism” as at odds with the summit’s mission of bolstering democracy in the face of challenges from China and others. They also said it could signal that the administration’s support for Taiwan was not as “rock solid” as it has repeatedly stated.

An NSC spokesman said Reuters’ account of the incident was “inaccurate”.

“At no time did the White House direct that Minister Tang’s video feed be cut,” the spokesman said in an email, also blaming it on confusion over screen-sharing and adding that the full video could be viewed on the summit web page.

Asked whether she believed the U.S. government cut the video due to the slide, Tang told Reuters in an email: “No, I do not believe that this has anything to do with the CIVICUS map in my slides, or U.S. allies in Asia for that matter.”

It later said Tang’s presentation had been provided in advance and not shown at the last minute.

“Taiwan and the United States have fully communicated on this technical issue, and the two sides have a solid mutual trust and a solid and friendly relationship,” it said.

The issue comes at a highly sensitive time for U.S.-Taiwan relations, when some Biden administration critics and foreign policy experts are calling for more overt shows of support for the island, including an end to a long-held policy of “strategic ambiguity” as to whether the United States would defend it militarily.

Taiwan experts said they did not see the color-coding of the map as a violation of unofficial U.S. guidelines, which bar use of overt symbols of sovereignty, such as Taiwan’s flag.

“It was clearly not to distinguish sovereignty, but the degree of democratic expression,” said Douglas Paal, a former unofficial U.S. ambassador to Taiwan.

Under U.S. government guidelines as of 2020, U.S. government maps showing sovereignty by color require Taiwan to be shown with the same color as China, although exceptions can be made “when context requires that Taiwan be specifically singled out.”

Bonnie Glaser of the German Marshall Fund of the United States said the guidelines would not apply to a non-U.S. government map, “but the U.S. would likely want to avoid appearing to endorse that Taiwan is not part of China.”

“It seems to me that a decision was made at the outset that Taiwan could/should be included in the Summit for Democracy, but only in ways consistent with U.S. policy.”

Additional reporting by Simon Lewis in Washington and Ben Blanchard in Taipei; Editing by Daniel Wallis and Diane Craft