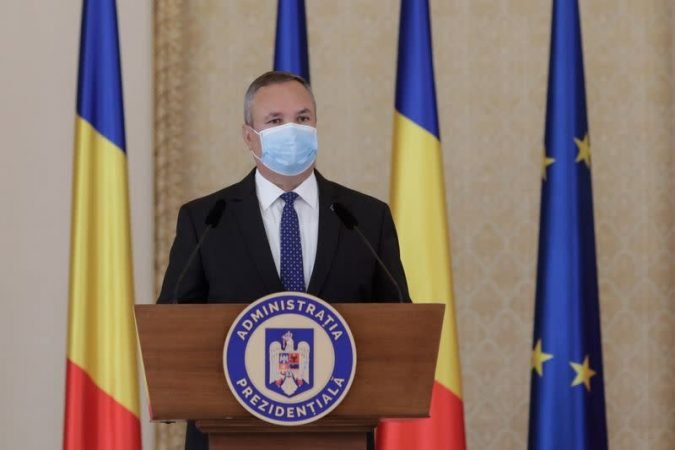 Romania’s centrist Liberals have cancelled a vote of confidence on the minority government line-up put forward by their Prime-Minister designate Nicolae Ciuca, which he was widely expected to lose, further prolonging a month-long political stalemate.

The announcement was made by Ciuca late on Monday.

The vote of confidence was due to take place on Wednesday, but pundits had expected Ciuca to lose the vote after the opposition Social Democrat Party and a junior grouping USR said they would not support Ciuca, leaving him short of the majority needed to get parliament approval to form a government.

“The executive committee of our party decided to cancel my mandate and make further negotiations (with other groupings) more flexible in order to find a replacement,” Ciuca said after a marathon party meeting late on Monday.

One of the European Union’s poorest members, Romania has been in political paralysis since a Liberal-led government was toppled by parliament on Oct. 5, threatening its economic recovery and efforts to cut big budget and external shortfalls.

Ciuca, 54, a Liberal serving as defence minister in the current caretaker government led by Florin Citu, had drafted a cabinet line-up made of his party and ethnic Hungarian UDMR ministers, which jointly control 163 parliament seats, 71 seats short of a majority.

Analysts expected Ciuca to face a tough task convincing the fragmented legislature to back him, with the largest opposition group, the Social Democrats, saying they would only favour a cabinet made of technocrats instead of a minority set-up.

A previous Liberal coalition unravelled last month after the centrist USR, a relatively new grouping, withdrew its ministers in a row over a regional development fund, stripping the government of a parliamentary majority.

President Klaus Iohannis is expected to call fresh consultations with political parties later on Tuesday and a fresh nomination for prime minister may occur later this week.