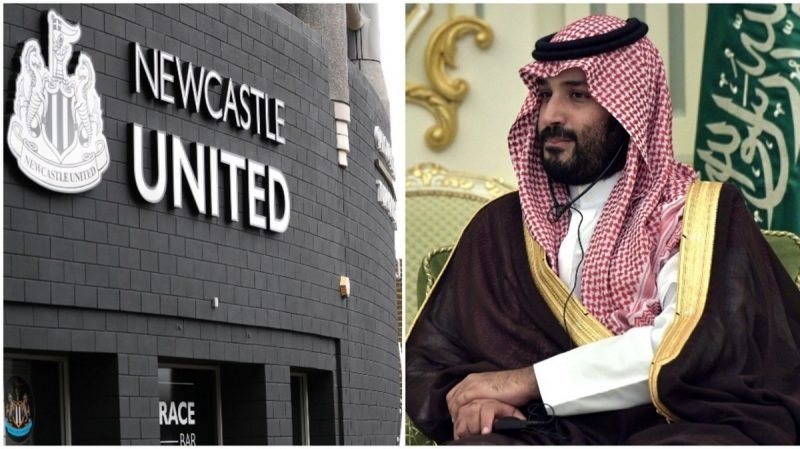 After barrages of hearsays in the sports world, Saudi led State Conglomerate – Public Investment Fund has finally bought English Premier League team Newcastle United for $413 Million. Members of the British Parliament raised questions on the takeover of the football club by the Saudi powerhouse. Human Rights organizations like Amnesty International have openly called for an investigation into Saudi’s investment plans. This comes after assertions of Jamal Khashoggi’s assassination against Prince Bin Salman have begun to fade away from the political discourse. Saudi strategists since then have been looking to deploy means of sports diplomacy to ease up its tension with the west, and at the same time, diversify its oil-based economy out, including non-religious travel and tourism. Saudi Arabia has hence begun to mull up a bid for the 2030 FIFA world cup. To make their offer a successful one, Saudi has already started to make power moves, including buy-out of Newcastle Club, in the most powerful sporting league in the world.

Saudi Arabia needs political clout with the British partisan establishments to build a stronger relationship with them. Post Jamal Khashoggi’s killing, Crown Prince’s relationship with them has gone sour. British Billionaires, who are known to hold political prowess in the United Kingdom politics, such that much of the funding for the Brexit campaign came from just 5 British Billionaires. Plutocrats worldwide have been known and largely been criticized for their fiscal lobbying for a long time now. Saudi lately has begun to realize the same. If fiscal lobbying can lead to a breakaway of the British from its unbreakable bond with European Union, then building political clout for the betterment of diplomatic relations wouldn’t be much of a trick for such lobbyists. Nonetheless, U.K. has been blamed for befriending oligarchs with impending criminal issues in their respective backyards, and London has been the place of solace for them.

The other two middle east powers, UAE and Qatar, have already stepped up their game. Dubai requires no introduction and is the preferred destination for foreign businesses due to its vast wealth and relatively liberal lifestyle rules. Qatar is also gearing up in full force to host the next FIFA world cup (2022). With Saudi lagging behind in spreading its wings of infrastructural dexterity, it would be hard for the kingdom to pursue its hegemonic role in the region without a mega investment. With unemployment rates on a high, Saudi requires infrastructural growth to provide employment for its skilled and semi-skilled population. A mammoth event like the FIFA world cup would fit just right to such an agenda.

The Saudi prince has begun to liberalize the ever-rigid societal norms within the domestic realm, especially in the women’s rights context. Crown Prince’s ambitiousness hasn’t sat well within the native context, and Prince Salman has had to face dyadic forms of scrutinized disparagement. On the one hand, is the conservative mainstream male-dominated populace of Saudi Arabia who lament that the new changes brought forth are attributed to swaying away from the Islamic roots of the Wahhabis’ way of life. And on the other hand, Crown Prince is under constant scrutiny for his authoritarian way of dealing with state problems from the west and not being progressive enough in his way of running the kingdom. These are the tests of his competence and an opportunity to showcase his abilities as the next ruler of the Saudi kingdom. Post Trump era, Saudi has witnessed a cold front from the Biden administration owing to its Human Rights record that the democrats have been highly critical of. Such that Democrats have passed a bill of a block on sales of American weapons to Saudi, post-Kashgogi incident. Donald Trump, during his tenure as the president, deemed Prince Salman in high regard, signing the highest ever defense deal worth $100 Billion. Now, much of the transaction remains at loom since Biden’s takeover. With unreliable forms of support from the west, Saudi is now motivated to set its own feet in the ground. While strategically, America continues to be a major ally of Saudi Arabia, Americans have resisted any form of open support to the Crown Prince. With archrival Iran stepping up its weapons arsenal, boosted by the near possibility of nuclear armament, Saudi is desperate to cling to as many allies as possible. Sport Diplomacy and thereafter acquiring English football club is a sure tact ploy of Saudi diplomatic strategy to pursue the same. Therefore, buy-out of Newcastle Football club by Saudi Arabia puts forth the fact that sports diplomacy continues to grow as a significant arm in the Soft Power discourse.