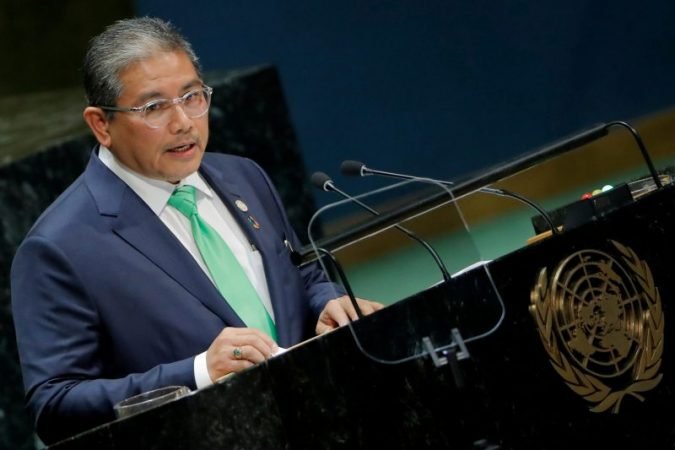 The Brunei diplomat appointed by a Southeast Asian regional bloc as its special envoy to Myanmar said on Saturday he is still negotiating with the military on the terms of a visit and has sought access to ousted leader Aung San Suu Kyi.

The Association of Southeast Asian Nations (ASEAN) has been trying to end violence in Myanmar and open a dialogue between the military rulers and their opponents following the overthrow of Suu Kyi in February.

“There is an urgent need to go now to Myanmar. But I think before all that, I need to have assurances,” Erywan told Reuters. “I need to be able to have a clear picture of what I’m supposed to do, what they are going to allow me to do when I visit.”

Erywan wants to visit before late October when ASEAN leaders are to meet, but said no date has been finalised.

“They haven’t put a condition yet but they haven’t been clear about it,” he said.

‘Need to talk to all’

Requests seeking access to Suu Kyi have been made to the State Administrative Council, chaired by junta leader Min Aung Hlaing, Erywan said. But access to the deposed leader was not a requirement under a five-point consensus reached by ASEAN in April, he added.

The consensus included an end to violence and the start of peace talks among all parties.

“That’s the thing that I have been saying to the current authorities in Myanmar, I need to talk to all the parties concerned and that’s still under negotiation,” Erywan said.

A military spokesman was not immediately available for comment.

Erywan said his consultations with the junta and other parties on the ground were “progressing quite well”.

He said he was looking to establish a team of advisors to support his role as envoy. The team could include Myanmar’s neighbours, including India and Bangladesh, he said.

When it took power, the military alleged irregularities in an election swept by Suu Kyi’s National League for Democracy party in November 2020. The then electoral commission and international monitors said the army accusations were wrong.

The military authorities say their seizure of power should not be called a coup because it was in line with the constitution.

Reporting by Ain Bandial in Brunei Writing by A. Ananthalakshmi Editing by Frances Kerry and Andrew Cawthorne