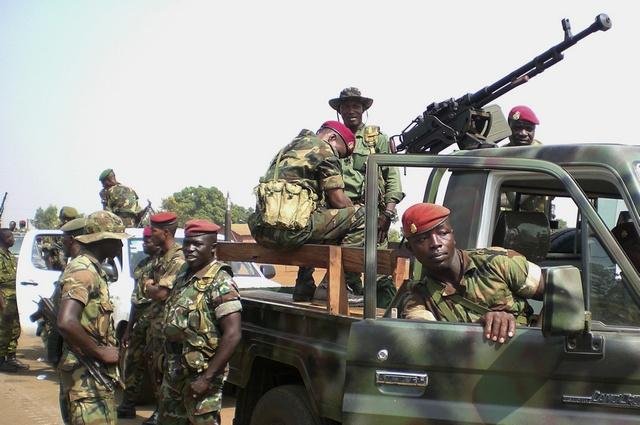 Soldiers who staged an uprising in Guinea’s capital on Sunday said in a short broadcast on the West African nation’s state television that they have dissolved the constitution and the government in an apparent coup.

An unidentified soldier, draped in Guinea’s national flag and surrounded by eight other armed soldiers, said they planned to form a transitional government and would give further details later.

Heavy gunfire broke out near the presidential palace in the capital Conakry on Sunday morning, with several sources saying an elite national army unit led by a former French legionnaire, Mamady Doumbouya, was behind the unrest.