In midst of Afghan crisis, US VP Harris visits Vietnam 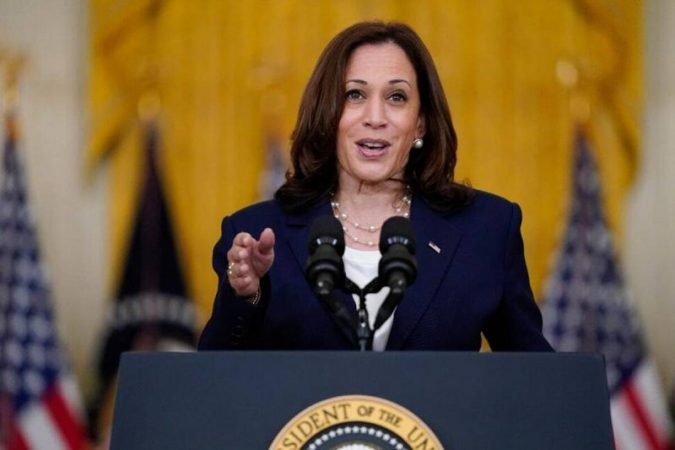 Just as US forces struggle with the desperate evacuation from Afghanistan, Vice President Kamala Harris embarks Friday on a trip to Vietnam, site of perhaps an even more infamous American military debacle.

The Southeast Asia trip, also taking in Singapore and a virtual meeting with ASEAN regional representatives, was planned long before a Taliban victory last weekend triggered the US scramble from Afghanistan.

Harris has taken some flak, especially from right-wing commentators who see the choice of Vietnam as, at best, tone-deaf.

The writers of “Veep,” a television comedy series satirizing a hapless vice president, “could not have scripted this better,” tweeted Sean Spicer, a former White House press secretary for president Donald Trump.

But US officials emphasize that the choice of Vietnam concerns geo-political challenges to come — not the distant trauma of 1975 Saigon, when US helicopters ferried final evacuees from the embassy roof, as Viet Cong troops advanced.

The vice president “is focused on the threats of the future, not of the past,” said a senior White House official, who asked not to be named.

The official acknowledged that President Joe Biden’s foreign policy focus is currently fixed on the crisis at Kabul airport, where a few thousand US troops are trying to evacuate potentially tens of thousands of US citizens and local allies.

But at a time when China is challenging US political sway and naval dominance in the Indo-Pacific region, Southeast Asia is “strategically important and economically important to this country. That hasn’t changed with Afghanistan,” the White House official said.

“We can do more than one thing at a time.”

Officials expressed confidence that the debacle in Afghanistan will not harm allies’ trust in US commitment to far-reaching strategic goals across Asia.

“We are confident that our partners throughout the Indo-Pacific see the United States as a steadfast partner. And that’s certainly going to be one of the things the vice president emphasizes on this trip,” an official said.

Harris, an Asian-American whose mother was of Indian origin, will be the first US vice president to visit Vietnam.

She will also stop at the Changi Naval Base, where she’ll address US sailors aboard the visiting USS Tulsa, underscoring American security commitments to Singapore.

Harris is set to hold Vietnamese government meetings on Wednesday and will attend the opening of a Southeast Asian regional branch of the US Centers for Disease Control.

The global response to the coronavirus pandemic is set to dominate a meeting of ASEAN nations that Harris will join.

In her final events on Thursday, Harris will meet civil society representatives in communist Vietnam to “underscore the importance we place on supporting civil society as a driver of social change,” an official said.