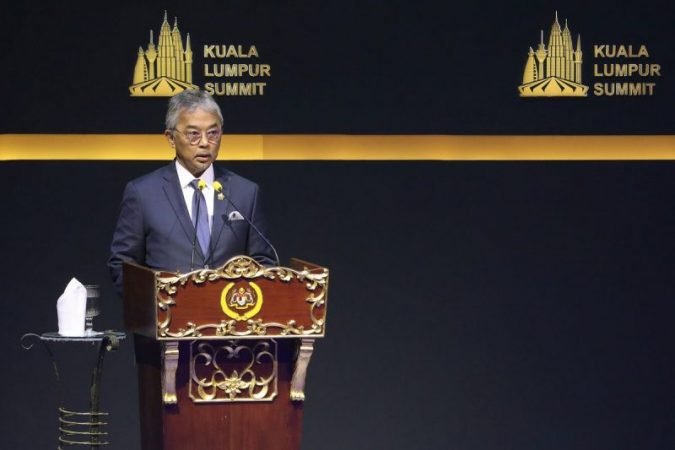 Malaysian king Al-Sultan Abdullah’s efforts to end the country’s long-running political instability could transform the traditionally ceremonial monarchy revered for being above politics in the Southeast Asian nation, say analysts.

Malaysian monarchs play a figurehead role in the Muslim-majority country and rarely intervene in politics.

But Al-Sultan Abdullah – who this week could end months of political turmoil by naming a new prime minister – has wielded his constitutional powers and influence like no other to chart the nation’s political course.

Over the last 18 months, the king named Muhyiddin Yassin as prime minister, propped him up in key moments during a power struggle and – as public sentiment soured over the premier’s handling of COVID-19 – reprimanded the administration, leaving its future hanging in the balance. Muhyiddin resigned on Monday.

Constitutional lawyer New Sin Yew said the constitutional monarch’s powers had been stretched to their limits during the ongoing crisis, raising concern that it could lead to overreach by future monarchs.

“A precedent has definitely been set, but it’s being set in abnormal times. There is a danger simply because of this precedent, which I hope doesn’t repeat itself,” New said.

The palace did not respond to a request for comment.

Malaysia has grappled with political uncertainty since 2018 when Mahathir Mohamad led an opposition coalition to election victory over the United Malays National Organisation (UMNO), which had governed the country through a stable coalition for more than six decades.

Mahathir’s administration, however, collapsed from infighting last year, as Muhyiddin’s did.

The king was thrust into the spotlight after Mahathir’s abrupt resignation in February 2020. He met with all 222 lawmakers to decide which of them had the majority to form the next government.

The constitution says the king can appoint a premier he believes has the majority, a power never utilised before as the premier is picked through an election.

The king appointed Muhyiddin who formed a government with parties defeated in the polls, including UMNO, even as Mahathir said he had regained a majority.

When UMNO threatened to withdraw support for Muhyiddin amid tensions in late 2020, the king repeatedly urged lawmakers to quit politicking and support the premier in a budget vote to prevent the government from collapsing during the pandemic.

Oh Ei Sun, a senior fellow at the Singapore Institute of International Affairs, said the king had a good understanding of the populace and his actions mirrored popular sentiment.

The king refused an October request from Muhyiddin to declare emergency rule, a move critics said would have allowed the premier to suspend parliament and stymie efforts to remove him. He did grant a seven-month emergency later in January as COVID-19 cases rose.

But last month the king admonished Muhyiddin’s administration over its handling of emergency laws, saying they had been revoked without his consent and went against the constitution. That rare rebuke gave fresh impetus for Muhyiddin’s rivals and the premier quit less than three weeks after.

Royal historian Kobkua Suwannathat-Pian said the king had not acted beyond the scope of his constitutional powers.

“This king seems to be very careful on what he can and cannot do,” she said.

Malaysia has a unique system, with nine Malay sultans taking turns to assume the role of king every five years.

It is a largely ceremonial role, with the monarch bound to act upon the advice of the prime minister and cabinet with few exceptions.

The monarch and the country’s other sultans are held in deep respect by Malays and the non-Muslim Indian and Chinese minority communities.

The king, whose term ends in 2024, will be picking Muhyiddin’s successor this week, after he ruled out elections during the pandemic and asked all parliamentarians to nominate a candidate.

“Of course in a parliamentary democracy, the best would be to hold elections,” said Nik Ahmad Kamal Nik Mahmod of the International Islamic University of Malaysia.

“But if elections fail, or if we cannot arrive at a consensus on who should be the prime minister, then it has to be the king who decides.”

Reporting by Rozanna Latiff; Editing by A. Ananthalakshmi and Michael Perry