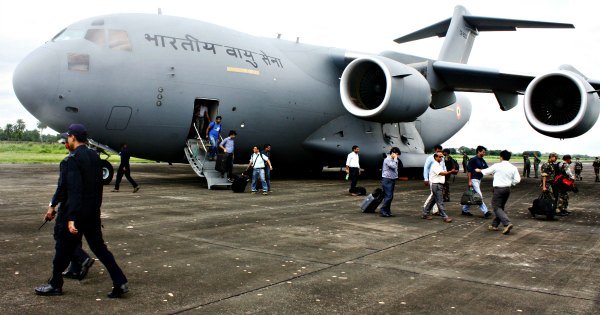 After the capital city of Kabul was captured by the Taliban, declaring the victory of the terrorist group to finally rule over Afghanistan. The victory of the Taliban was highly underestimated despite the tensions which had developed over the past weeks. However, with the extremist terrorist organization rejoicing the victory, it has left the world in a state of shock and despair especially the lives of the Afghan people who have not left any stone unturned to escape from the clutches of this Taliban reign. With offices and Embassies being evacuated, India has also devised a contingency plan to evacuate as many Indian officials and citizens out of the city of Kabul.

Previously the Indian consulate in Mazar-e-Sharif was evacuated urgently after a special flight was sent to bring back the Indian officials. The Indian Government has been swift to take action into evacuating the remaining people out of the country. EAM Jaishankar tweeted, “Monitoring the situation in Kabul continuously. Understand the anxiety of those seeking to return to India. Airport operations are the main challenge. Discussions on with partners in that regard.” A special helpline with the MEA has been established for all local Indians there who may want to return to the country. Jaishankar further tweeted, “We are in constant touch with the Sikh and Hindu community leaders in Kabul. Their welfare will get our priority attention.”

The Indian Air Force had sent C17 Globemaster to evacuate Indians. It was reported earlier this morning that the flight is en route to India and has reached Jamnagar in Gujarat. But the evacuation and contingency plan led by the Government of India has also focused on assisting the people of Afghanistan who may wish to fly to India. An emergency e-visa portal has been opened exclusively for the Afghan people under the name of ‘Emergency X misc Visa’.

The situation in Afghanistan is grim with no glimmer of hope being spotted. China and Pakistan have recognized the legitimacy of the Taliban in the country and are willing to develop close ties with them. The Twitter handle of the Spokesperson of the Taliban, Suhail Shaheen mentioned that no harm will be meted out to the civilians and its propaganda being circulated. However, given the bloody past of the Taliban, it is extremely difficult to believe and stand by it.