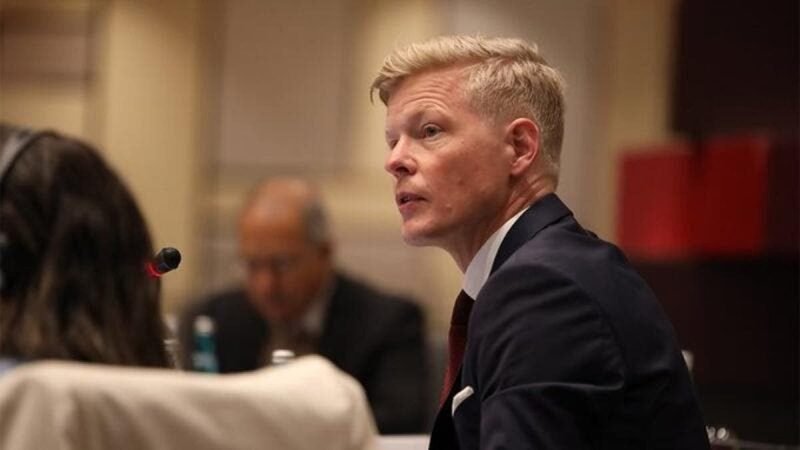 The chief negotiator for Yemen’s Iran-aligned Houthi movement said on Sunday it would be futile to hold talks with the United Nations new special envoy for Yemen without movement on the group’s key conditions under stalled peace efforts.

The appointment of Swedish diplomat Hans Grundberg on Friday as the new U.N. envoy comes as the United Nations and United States struggle to secure a breakthrough to end more than six years of war between the Houthis and the Saudi-led coalition that backs Yemen’s recognised government.

A U.N.-led initiative for a ceasefire and the lifting of sea and air restrictions imposed by the coalition on Houthi-held areas has stalled, with the coalition seeking a simultaneous deal and the Houthis insisting on an end to the blockade first.

“There is no use in having any dialogue before airports and ports are opened as a humanitarian necessity and priority,” Houthi negotiator Mohammed Abdulsalam, who is based in Oman, tweeted in response to Grundberg’s appointment.

When contacted by Reuters, Abdulsalam said in a text message a meeting would be pointless as Grundberg “has nothing in his hands” and that there was no progress following last month’s visit to Riyadh by the U.S. envoy for Yemen, Tim Lenderking.

Lenderking’s latest trip to the region came as ground battles spread beyond Yemen’s gas-rich Marib, the government’s last northern stronghold that the Houthis are trying to seize.

The conflict, widely seen in the region as a proxy war between Saudi Arabia and Iran, has killed tens of thousands of people and pushed Yemen to the brink of famine.

The coalition intervened in Yemen in March 2015 after the Houthis ousted the Saudi-backed government from the capital Sanaa, but the war has been in military stalemate for years with the group controlling most big urban centres. The Houthis say they are fighting a corrupt system and foreign aggression.