Restoration of Inter-Korea Hotlines amid simmering rift between Japan and South Korea: An assessment 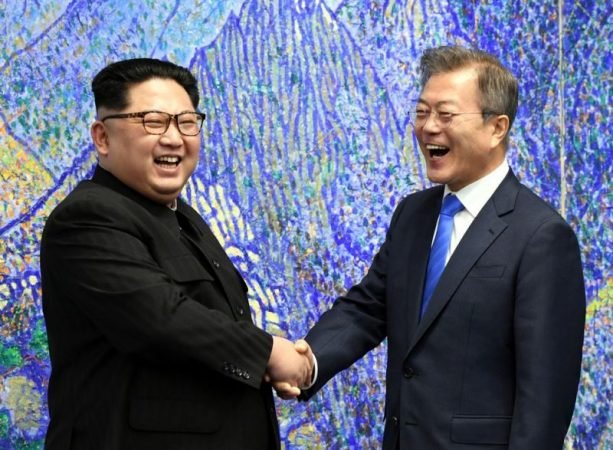 Restoration of the hotlines between both the nations of the Korean peninsula, as the consequence of the exchange of multiple letters between South Korean President Moon Jae In and North Korean leader Kim Jong Un, encompasses very profound significance for peace and tranquillity in the region. It is noteworthy that these hotlines were dismantled by North Korea in response to the US reluctance for the removal of all its sanctions after the Hanoi summit (2019) for the denuclearization of the Korean peninsula. In fact, acquirement of the nuclear weapons by North Korea has exacerbated its hostility with South Korea, which has been worsening due to a lack of communication channels and confidence-building measures.

It is noteworthy that the Nuclear weaponization of North Korea has been stimulated by the concerns for its existence due to its hostility with the United States, which can be traced back to the bifurcation of the Korean peninsula as a consequence of the US-Soviet union rivalry after the end of second world war. Though, after US President George H W Bush’s announcement regarding the complete withdrawal of the American nuclear weapons from South Korea followed by President Rao Tae Woo declaring South Korea free of Nuclear weapons on 18 December 1991, both the Korean nations had signed “Joint declaration on the denuclearization of the Korean Peninsula”, and furthermore, North Korea signed on the IAEA safeguard agreement on 30 January 1992. Even after the withdrawal from NPT in 2003, North Korea has again signed a “statement of the principles” pledging to abandon its all nuclear programs along with returning to the NPT and embracing IAEA safeguards in exchange for a Light water reactor provided by the USA. Yet, its security concern and enmity with the USA intensified with the “axis of evil” speech of President George W Bush on 29 January 2002, along with the introduction of “Bush doctrine” and the launch of the “war on terror”. The worldwide designation of North Korea as a rogue state has further made it more vulnerable for American attacks in the name of preemptive strikes in line with the war on terror. Furthermore, the US striving for regime change and several attacks over other countries of an axis of evil have been exacerbating North Korea’s security concern too. That’s the reason why North Korea is acquiring nuclear weapons at any cost even by defying all the global sanctions.

Furthermore, global sanctions imposed on North Korea in response to nuclear weaponization has already adversely affected its economy, but it has been furthered by the Covid pandemic obstructing its trade with China, which is more than 90% of the total trade of North Korea. Moreover, South Korea’s National Intelligence Service has reported that North Korea is facing a very severe starvation situation because of low agricultural production due to heatwaves and drought. For getting rid of this challenge, it has diverted all military’s emergency food to the civilian supply chain. But it desperately needs some relief in sanctions imposed for a long-lasting solution.

On the other hand, Japan and South Korea are witnessing a relentlessly simmering rift erupted after Japan’s decision to downgrade its trading relationship with South Korea in August 2019. In which Tokyo has scratched Seoul from the list of 27 trading allies for which a fast track approval facility was provided. It has been again manifested in the cancellation of Moon-Jae-In’s prescheduled visit to Japan during the opening ceremony of the Tokyo Olympic 2020. It has raised the question of the effectiveness of the tripartite alliance of Japan, the USA and South Korea against the North Korean nuclear issue. So South Korean ambition for a peaceful environment, a prerequisite to the development, accompanied by North Korean concern has stimulated both nations to venture towards peaceful solutions. Restoration of hotlines is also a measure in this way.

But It is noteworthy that despite this progress in the inter-Korea communication, US-South Korea joint exercise “foal eagle” scheduled to be held in this month can derail these diplomatic efforts for diluting the tension between the two Koreas. Because North Korea has been denouncing foal eagle as the rehearsal of war and a direct threat to its existence.

Although restoration of the hotlines does not assure any discourse on the nuclear issue of North Korea, the positive strives through diplomatic channels may persuade North Korea for full compliance of its own “nuclear doctrine” in which North Korea accepts nuclear weapons as  “the most reliable weapon of self-defence” and commits that it will not use nuclear weapons against non-nuclear weapons states unless they join a hostile nuclear weapons nation in its invasion of the Democratic People’s Republic of Korea. Relentless security concern of North Korea due to its hostility with the USA does not allow it to dismantle its all nuclear weapons in near future as Kim-Jong-Un, in January 2021 at the annual meeting of a workers party, has already emphasized to enhance its nuclear deterrence qualitatively as well as quantitatively. Mere economic sanctions on North Korea have been insufficient to prevent its efforts of the modernization and verticals proliferation of nuclear weapons. In fact, the “maximum pressure” policy of economic sanction imposition has culminated in the development of “maximum resistance” capacity against such embargoes. So its inclusion in the global institutions, the establishment of a balance of financial terror, and complex interdependence leading to a win-win situation would culminate in responsible North Korea. Restoration of the hotlines and further diplomatic efforts can pave the way for long-lasting peace in the Korean peninsula.

Hanuman Prasad Singh is a JRF qualified professional and Post-Graduate of Political Science from University of Allahabad, India.