US vows ‘collective response’ on tanker attack as Iran warns 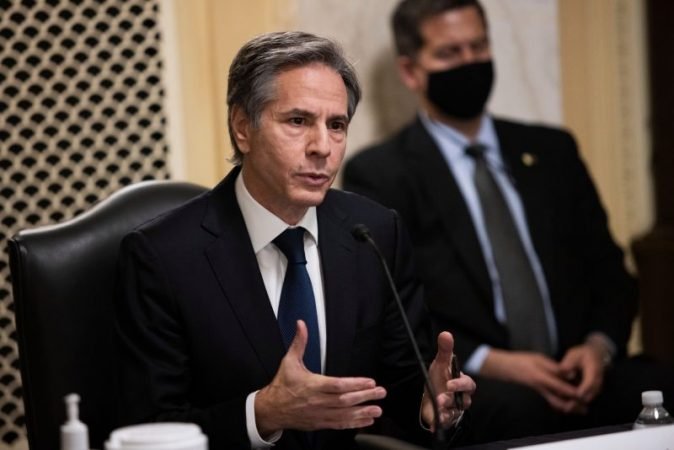 The United States on Monday promised to lead a “collective response” against Iran in retaliation for a deadly attack on an Israeli-linked tanker, as Tehran denied blame and warned against “adventurism.”

The United States and Israel have both said that their intelligence concluded that an Iranian drone on Thursday attacked the MT Mercer Street, managed by prominent Israeli billionaire Eyal Ofer, as it sailed off Oman.

A British security guard and a Romanian crew member were killed in what analysts said bore all the hallmarks of the “shadow war” between enemies Iran and Israel, which have included attacks in waters around the Gulf.

US Secretary of State Antony Blinken called the MT Mercer Street incident “a direct threat to freedom of navigation and commerce.”

“We are in very close contact, in coordination, with the United Kingdom, Israel, Romania and other countries. And there will be a collective response,” Blinken told reporters, the second straight day he has threatened retaliation.

Britain summoned the Iranian ambassador and demanded that vessels navigate freely in the oil-rich region.

“I think that Iran should face up to the consequences of what they’ve done,” British Prime Minister Boris Johnson told reporters, condemning the “unacceptable and outrageous attack” on the ship.

Iranian foreign ministry spokesman Saeed Khatibzadeh said that Israel “must stop such baseless accusations” and called on the United States and Britain to provide evidence if any to support claims of Tehran’s responsibility.

Iran “will not hesitate to protect its security and national interests, and will immediately and decisively respond to any possible adventurism,” Khatibzadeh said in a statement.

The incident came ahead of Tuesday’s inauguration of the ultraconservative Ebrahim Raisi as Iran’s new president, replacing Hassan Rouhani who had tried to improve relations with the West.

Israel, which sees Iran as its primary adversary, has gone on the offensive against the clerical state including through air strikes in war-ravaged Syria, where Tehran has been a top backer of President Bashar al-Assad.

Al-Alam, an Arabic-language network run by Iran, cited souces as saying that the Mercer incident was a response to an Israeli strike on an airport in Syria but offered no further details.

“This is exactly the reason we must act now against Iran, which is not just moving toward a nuclear weapon but also is bringing about a dangerous arms race,” Defense Minister Benny Gantz told parliament.

He said that Iranian-linked militia groups will soon have “hundreds” of Iranian-built drones including in Yemen and Iraq.

US open to diplomacy

Blinken, while criticizing Iran, did not see new signs as Raisi takes charge.

“We have seen a series of actions taken by Iran over many months, including against shipping, so I’m not sure that this particular action is anything new or augurs anything one way or another for the new government,” Blinken said.

“But what it does say is that Iran continues to act with tremendous irresponsibility.”

President Joe Biden’s administration engaged in months of fruitless indirect talks with the outgoing Rouhani team to revive a 2015 nuclear accord involving the United States and Iran.

The talks came even as the United States carried out two rounds of air strikes to target Iranian-linked Iraqi militias blamed for rocket attacks on US forces.

White House Press Secretary Jen Psaki said that the United States continued to believe in diplomacy as the accord had constrained Iran’s nuclear efforts.

“Our view is that every single challenge and threat we face from Iran would be made more pronounced and dangerous by an unconstrained nuclear program,” she said.

Tehran drastically scaled back its nuclear work under the deal negotiated by former president Barack Obama for promises of economic relief.

Israel’s new government cobbled together by Foreign Minister Yair Lapid has pledged a more cooperative approach with the United States but has made clear its concerns about reviving the accord.