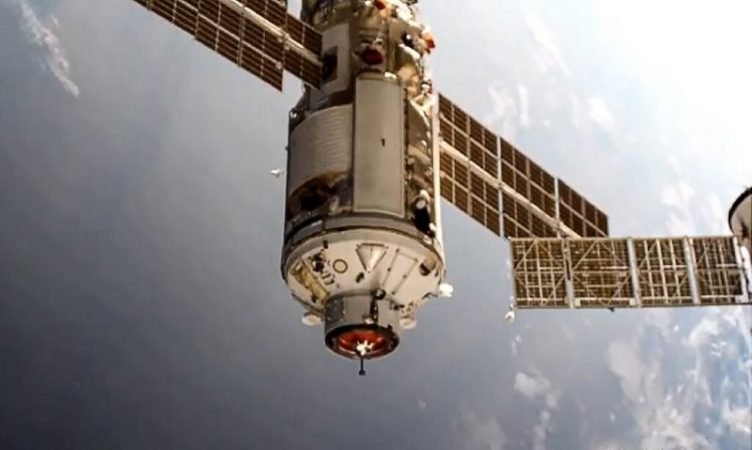 Russia said it successfully docked the Nauka laboratory module with the International Space Station on Thursday — though the troubled unit caused yet another fright after accidentally firing and briefly throwing the entire station out of position.

The mission comes after more than a decade of delays and as Russia seeks to boost its space industry, which has fallen behind since the collapse of the Soviet Union and struggles to keep up with competition from the United States.

A few hours after docking, Nauka’s propulsive devices unexpectedly fired, forcing personnel aboard the multinational manned orbital platform to fire thrusters on the Russian segment of the station to counter the effect.

The module started firing “inadvertently and unexpectedly, moving the station 45 degrees out of attitude,” NASA said on Twitter. “Recovery operations have regained attitude and the crew is in no danger,” it added.

In a press call, NASA’s human spaceflight program chief Kathy Lueders called the incident a “pretty exciting hour”, and praised the crew for stabilising the situation.

The US space agency also revealed that the SpaceX Dragon docked to the orbital station was powered up and ready to evacuate crew if needed.

An uncrewed test launch of a Boeing Starliner crew capsule to the ISS will be pushed back from Friday until at least August 3 while an investigation is underway.

Earlier, the Russian space agency Roscosmos showed the new addition to its segment of the ISS docking with the nadir (Earth-facing) port of the Zvezda service module at 1329 GMT.

“There is contact!!!” Roscosmos chief Dmitry Rogozin tweeted as Russia completed the first docking of an ISS module in 11 years.

It will now take several months and multiple spacewalks to fully integrate the module with the space station.

Decades in the making

The Nauka module blasted off last week from the Baikonur cosmodrome in Kazakhstan, carried by a Russian Proton rocket.

Nauka — which means “science” in Russian — will be primarily used for research and storing laboratory equipment.

The Nauka multipurpose laboratory module was conceived as early as the mid-1990s when it was intended as a back-up for the Russian control module Zarya.

It was later repurposed as a science module but joined a line-up of stagnating Russian space projects that have fallen victim to funding problems or bureaucratic procedures.

The launch of the 20-tonne Nauka — one of the largest modules on the ISS — was initially scheduled for 2007 but has been repeatedly delayed over various issues.

While last week’s launch was successful, Nauka experienced several “hiccups in orbit” during its eight-day journey to the ISS, the European Space Agency said.

“We won’t lie… We had to worry for the first three days,” Rogozin told journalists after Nauka had docked, according to the RIA Novosti news agency.

Launched in 1998 and involving Russia, the United States, Canada, Japan, and the European Space Agency, the ISS is one of Russia’s few remaining collaborations with the West.

The ISS is divided into two sections: the Russian Orbital Segment, and the remainder run by the US and other partners.

For years, NASA was reliant on Russia to ferry its astronauts to the ISS and paid millions of dollars for a seat on a Soyuz rocket.

But last year Russia lost its monopoly for manned flights to the ISS after the successful mission of US billionaire Elon Musk’s Space X.

In April, Russia said it was considering withdrawing from the ISS programme citing ageing infrastructure, and was planning to launch the first core module of a new orbital station in 2025.

Russia has announced a series of projects in recent years, including a mission to Venus and a station on the Moon, but as the Kremlin diverts funding to military ventures, analysts question the feasibility of these ambitions.